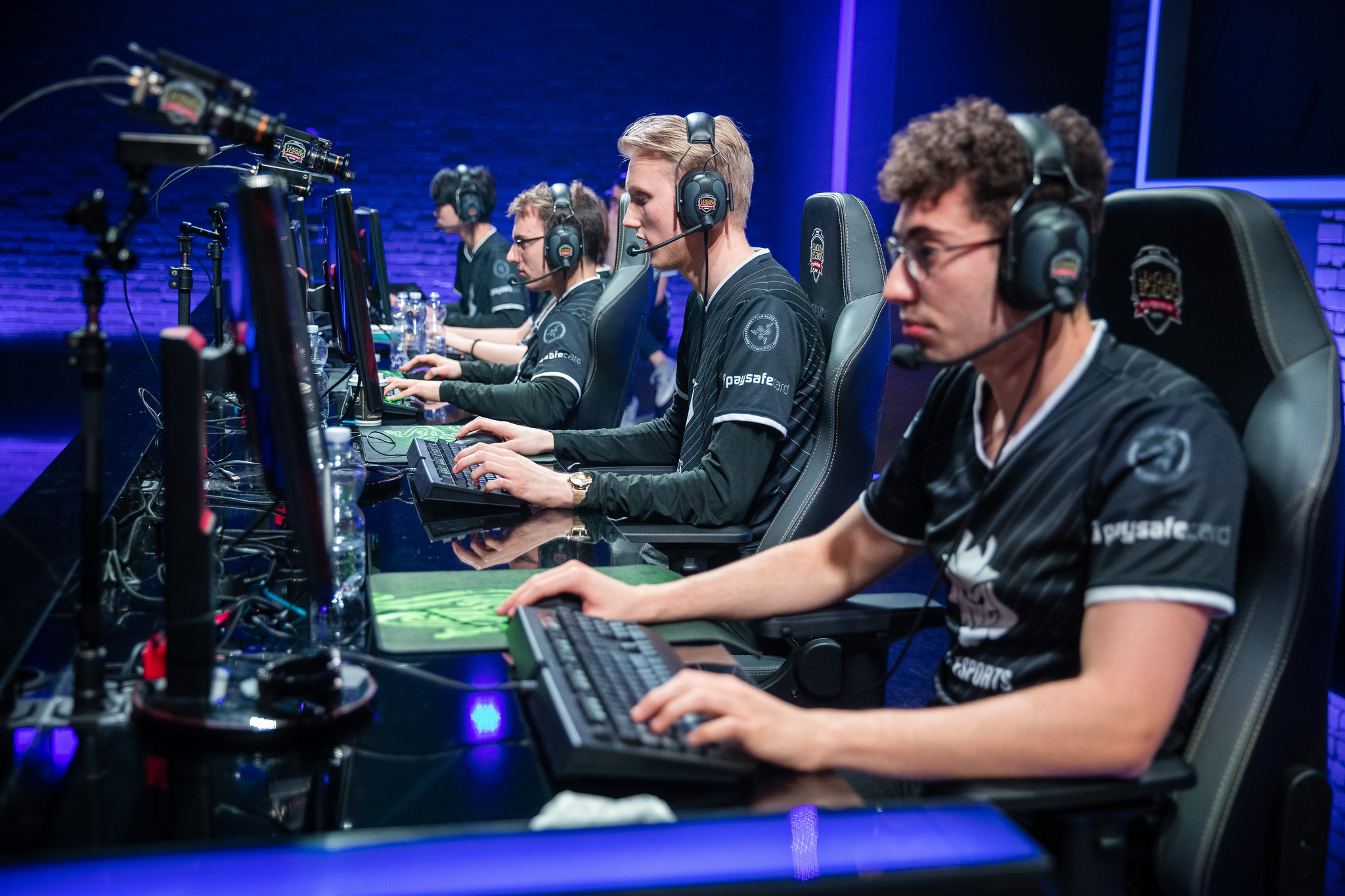 The G2 Esports win streak continues. After going 385 days undefeated in European LCS play, the team made it 386 today with a comeback win over Splyce. While the team has shown some cracks in its map play over the last few weeks, G2’s ability to fight as a team remains unparalleled, at least in Europe.

Splyce made it interesting though with an incredibly clean game one win. Capitalizing on G2’s mistakes, they stretched the map and constantly caught G2 members alone or with inferior numbers. Playing the split push style that they relied on for much of last summer, Splyce pushed mostly unchallenged all the way to the G2 base.

The key player in Splyce’s victory was jungler Jonas “Trashy” Andersen. Trashy got off to a horrific start after G2 invaded his raptors. But he recovered on well coordinated counter-dive in the top lane where G2 looked completely split on the call. The result was a 2-0 kill lead for Splyce, but more importantly, a fed Renekton that would enable the Splyce split push.

Splyce hit G2 hard in the mouth by making coordinated plays all over the map. But G2 didn’t go a year without an EU loss without learning a few tricks of their own. Splyce’s split push style can be stopped if the opponents group for fights, and that’s exactly what G2 did in their comeback. After not respecting Splyce’s map movements in game one, G2 came out much sharper in game two.

G2 got good contributions from mid laner Luka “Perkz” Perković and ADC Jesper “Zven” Svenningsen. Perkz has a nasty habit of overextending and freezing mechanically, not respecting his opponents’ ability to dive him. But playing Ahri, a squishy assassin, Perkz showed strong mechanics, using spells at max range and respecting Splyce. And Zven was just magnificent on Ezreal, turning a losing lane (into Caitlyn) to his benefit and playing a deathless game.

Game three was much of the same. Splyce did build a gold and tower lead off their 1-3-1 composition, but G2 fought as a team for neutral objectives, making it hard for Splyce to sustain side lane pushes. The few teamfights that Splyce did endeavor to take went G2’s way due to G2’s superior teamfight execution. G2 proved that, backs against the wall, they can still fight and win as a five-man unit.

The results of this match set up G2 and Misfits for a big match next Friday that could potentially decide first place in the group. Splyce gets a reprieve with easy matches over the next couple weeks before a barn-burner in the last week of the split: they’ll play both Unicorns of Love and H2K Gaming, for what should be the first seed in Group B.