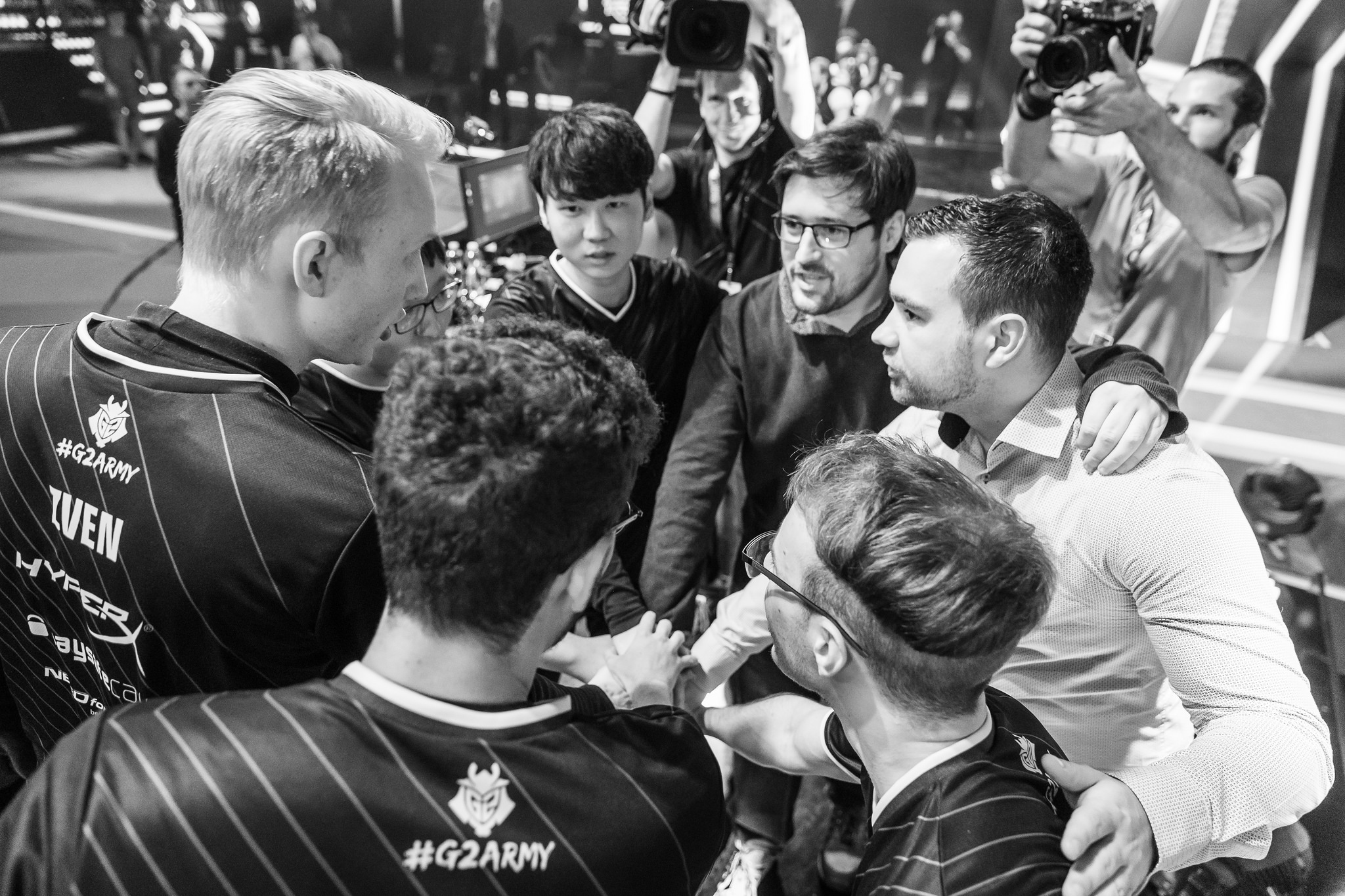 G2 Esports and Misfits picked up wins in the EU LCS against relatively easy opposition, keeping the pressure on group leaders Fnatic.

G2 Esports and Misfits recorded victories against the relegation fighting teams of Ninjas in Pyjamas and Roccat. NiP and Roccat seemingly confirmed expectations that they will be battling for survival this season.

Roccat started well against Misfits, playing a strong macro game to take the first game of the series to pile the pressure on Misfits. A much improved Misfits side, however, shook off their nerves to win the next two games and complete the reverse sweep.

In the day’s second game, G2 Esports faced off against a plucky NiP side. NiP were able to take an early game lead in games one and two but failed to capitalise on missed chances. G2 Esports were able to punish NiP’s miscommunication in the later stages of the game to win 2-0, and keep their hopes of retaining the EU LCS title alive.

The wins for both teams means that Misfits and G2 Esports sit in joint second position, one win away from group leaders Fnatic in a tiebreak situation. G2 Esports and Misfits will face off against each other next week, to see who will take second place for themselves.

NiP and Roccat on the other hand will also battle next week, in what could be a deciding game for both teams. For either team, a win could be crucial down the road in a potential relegation battle.