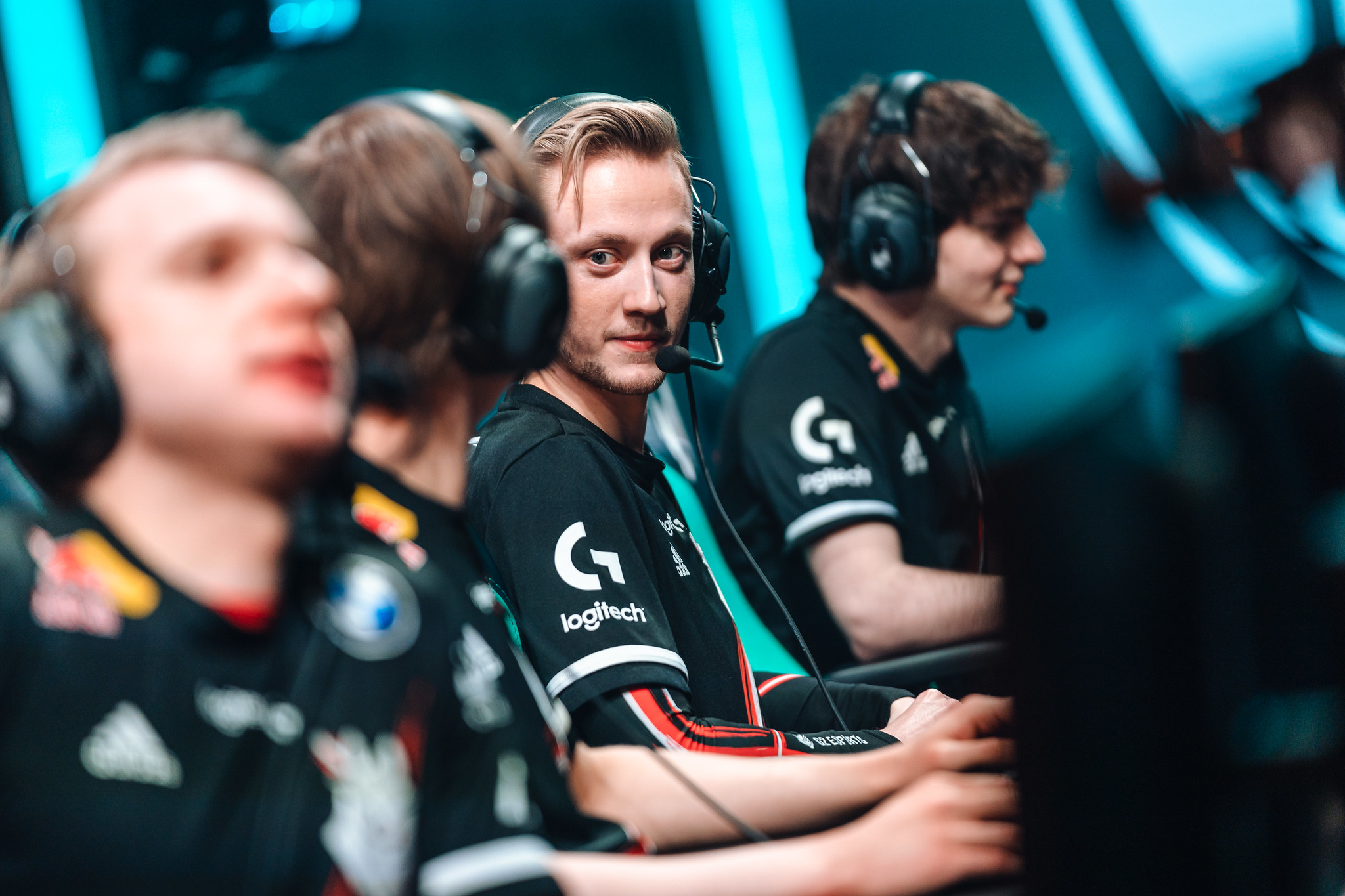 The concept of a “playoff buff” or “stage buff” is one that exists in esports at practically every level. It’s based on the idea that there are certain teams that simply perform better in higher-pressure environments. G2 are a team that have often been touted as benefitting from a “playoff buff,” which is impressive considering just how dominant they are outside of a postseason setting.

The team’s messaging across their past few splits in the LEC has been clear: The focus is on the playoffs and, by proxy, international competition. Dropping a few games in the regular season is of no concern because their sights are set higher than regional competition. This philosophy has netted G2 LEC title after LEC title and they’re one of the best examples of a team that benefits from a playoff buff.

MAD Lions, however, are in a different boat. Last spring, they became the only team in the playoffs to take a series off G2. But the organization isn’t well known for its ability to perform in high-pressure environments. Their lackluster performance at the 2020 League of Legends World Championship was attributed by many to the fact that those games were the first the organization had played on stage. With the COVID-19 pandemic forcing players to play from their team offices, the stage environment was an all-new experience for MAD Lions—and it showed.

But is this still the case? Although a single best-of-five is not the most telling sample size, the first week of the 2021 LEC Spring Split playoffs revealed an interesting contradiction to the classically conceived notions of experience or a playoff buff. In their series against Rogue last week, MAD performed significantly better than G2 did against Schalke—a Schalke team that, on paper, is a much weaker opponent than Rogue, the second-best team in the LEC.

What do the numbers say?

MAD’s stats in their series against Rogue showed an amplified version of the playstyle they’ve been perfecting throughout the split. Their objective control through the top side of the map has been stellar. They’ve secured 63 percent of the Rift Heralds in their games, the second-highest rate of all playoff teams, and 83 percent of Barons, the highest of any team in the playoffs, according to Oracle’s Elixir. They’ve looked confident in their decision-making and it’s reflected in the number of advantages they’re able to accrue across the map, even if that means occasionally losing farm in lanes to rotate to objectives.

G2, however, have looked a little less decisive than what’s expected from the giants of Europe. Their series against S04 was by far the closest of the opening weekend, an unexpected twist in what should have been a simple 3-0 victory for the top-seeded team against the sixth. But real life is rarely as simple as predictions and projections may suggest. S04 almost managed to pull off a miraculous reverse sweep and G2 looked uncharacteristically indecisive in their losses. Their dragon and Baron control were poor and their average game time is one of the longest in the playoffs at 36 minutes.

This split’s playoffs are the first event played on stage for the LEC in a year. The well-known pressure of the playoff environment has been amplified, but MAD have shown no signs that nerves are getting to them. G2, however, have fumbled the ball in a crucial moment of their playoff run. Though this is by no means something G2 fans should be ripping their hair out over, it’s definitely an interesting state of affairs that MAD enter this matchup with the superior match history.

Battle of the bot lanes: The kings of the league vs. the resurging underdogs

Carzzy and Kaiser have been, almost without exception, one of the most underrated bottom lanes in the LEC this split. Kaiser, in particular, has been almost single-handedly responsible for some of MAD’s most dominant teamfight victories, yet his name has been notably absent from the discussion of the LEC’s incredibly talented support pool. Carzzy has also proven that he’s a machine of consistency while his jungler’s attention is focused top side, a marked change from the team’s playstyle when he first began his journey with MAD Lions at the start of 2020.

Their performance in their series against Rogue last week was nothing short of remarkable. Despite the sheer number of AD carry bans thrown Carzzy’s way, he continued to showcase some of his best performances of the split. He produced the joint-highest average DPM of every single player in the playoffs, tied with Nisqy at 682, according to Oracle’s Elixir.

Rekkles and Mikyx, however, have been far from underrated this split. In fact, they’ve been widely considered the strongest bottom lane in the league by far, with Rekkles proving time and time again that he’s one of the greatest ADCs Europe has ever seen. He has the third-highest KDA in the playoffs at 7.9, according to Oracle’s Elixir, topping the league in kills with 31 over five games. Despite an off game where he went 0/9/8 on Rell, Mikyx has been the secret to G2’s success in a lot of their teamfights and the pair have looked practically unstoppable together.

But how will these two bot lanes match up? In their meetings in the regular season, neither bottom lane has been a particular liability, with the action tending to focus itself much more around the top side of the map. With both ADCs having showcased games of Seraphine so far this year, both pairings have proven they’re not afraid to completely neutralize their lane state in favor of advantages elsewhere on the map. But both have also proven they’re not afraid to take two-vs-two fights when necessary. When it comes down to matchups, this is about the most evenly-matched bot lane face-off we’ll see in the LEC.

The regular season record between these rosters sits at an even 1-1. MAD are one of only four teams that managed to take a game off G2 and they did it in their final meeting in the regular season. And they defeated G2 in humiliating fashion. Wunder ended that game 0/8/0 on Sion and Jankos didn’t do much better on Nidalee at 0/4/3. If there’s one thing G2 will be looking for, it’s revenge.

But can MAD do the impossible? They knocked G2 into the losers bracket last spring. And now, they have the opportunity to do so again. Their 2021 roster moves have been considered upgrades almost universally with jungler Elyoya sitting in contention for rookie of the split and this lineup is quite possibly an even stronger one than the team that knocked G2 down a peg in 2020. It won’t be an easy task, but MAD are uniquely positioned in the LEC to take down the final boss of every team’s playoff hopes.

So much of this series will come down to the draft. Both teams have proven they’re no stranger to some shenanigans in the pick and ban phase and the series will be just as much about a battle of wits between Mac and GrabbZ as it will be a battle on the Rift. There are opportunities for a hard carry available in every single role on both teams and flex picks can mean the focus of a team composition often isn’t revealed until the final pick. One thing that’s been made clear so far in the playoffs, however, is that G2’s experience won’t save them. As young as they are, MAD’s roster is out for blood. And if their games against Rogue are anything to go by, they’re unfazed by stage nerves.

Whether we see Wunder going full carry mode or Carzzy repeating his Jinx performance for a dominant victory, this series promises to be one of the closest of the 2021 LEC Spring Split playoffs. You can watch the games live on April 3 at 10am CT.