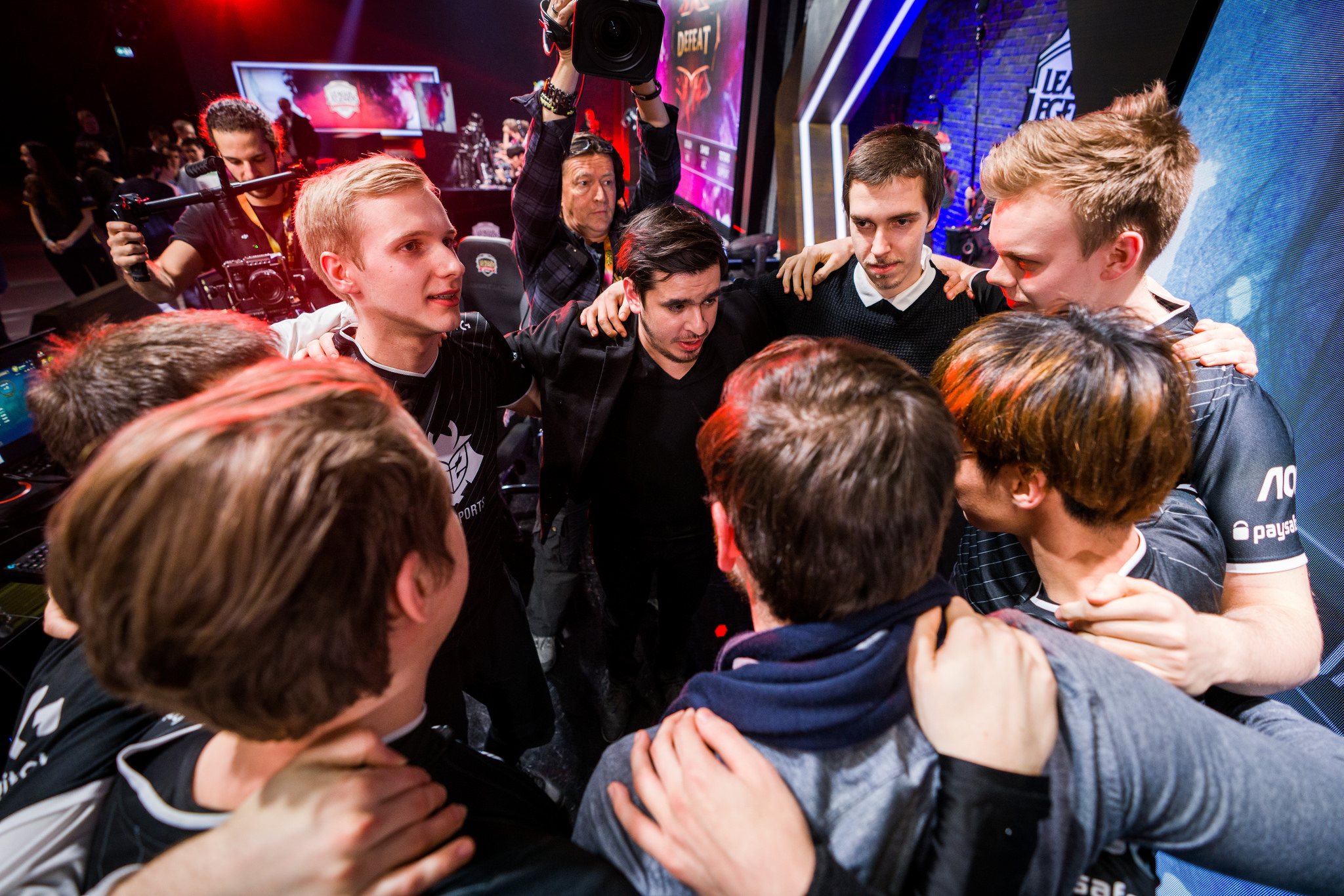 G2 picked up a big win today against Team Vitality in week nine of the EU LCS after being behind in CS for most of the game.

A win for G2 would set up a second-place tiebreaker at the end of the day against Splyce, while a win for Vitality would cement the team’s second-place spot due to their superior head-to-head record over Splyce.

A slow start to the early game was quickly forgotten about once G2’s top laner Martin “Wunder” Hansen gave up first blood to Team Vitality. G2, however, quickly responded with a Sion ultimate gank down in the bot lane.

G2 continued to play around the bot lane to get an early lead as Vitality constantly focused on the top lane. This led to Vitality securing the first tower of the game to take a small lead against the reigning EU LCS champions.

In general, this match was full of overextensions from both sides. Vitality’s support Jakub “Jactroll” Skurzynski was the main culprit, giving G2 enough kills to stay in the game by constantly being caught in the mid lane without flash. Jactroll had his worst game of the season today against G2, finishing with 11 deaths—the most deaths Jactroll has had in a game all split.

Even with G2 gaining a bunch of kills and objectives, Vitality remained in contention due to their superior CS advantage in the top and mid lane. G2’s constant ganks in the bot lane gave Vitality enough time to chip away at towers and pick up the extra CS to remain in the lead.

At the 40-minute mark, however, a bloody fight over the Elder Dragon resulted in both teams picking up kills. G2 took the objective to boost their two Infernal Drakes, giving them a huge power spike that Vitality just couldn’t contend with.

This gave G2 the power they needed to break into Vitality’s base and take all three inhibitors in one fell swoop. Vitality tried to answer back by taking the Baron moments later, but G2 were quick to respond, picking up more kills and securing the win.

G2 will now face off against Splyce later today to decide which team ends the season in second place. The winner will earn an all-important bye, guaranteeing their spot in the EU LCS playoffs in Denmark from April 7 to 8.