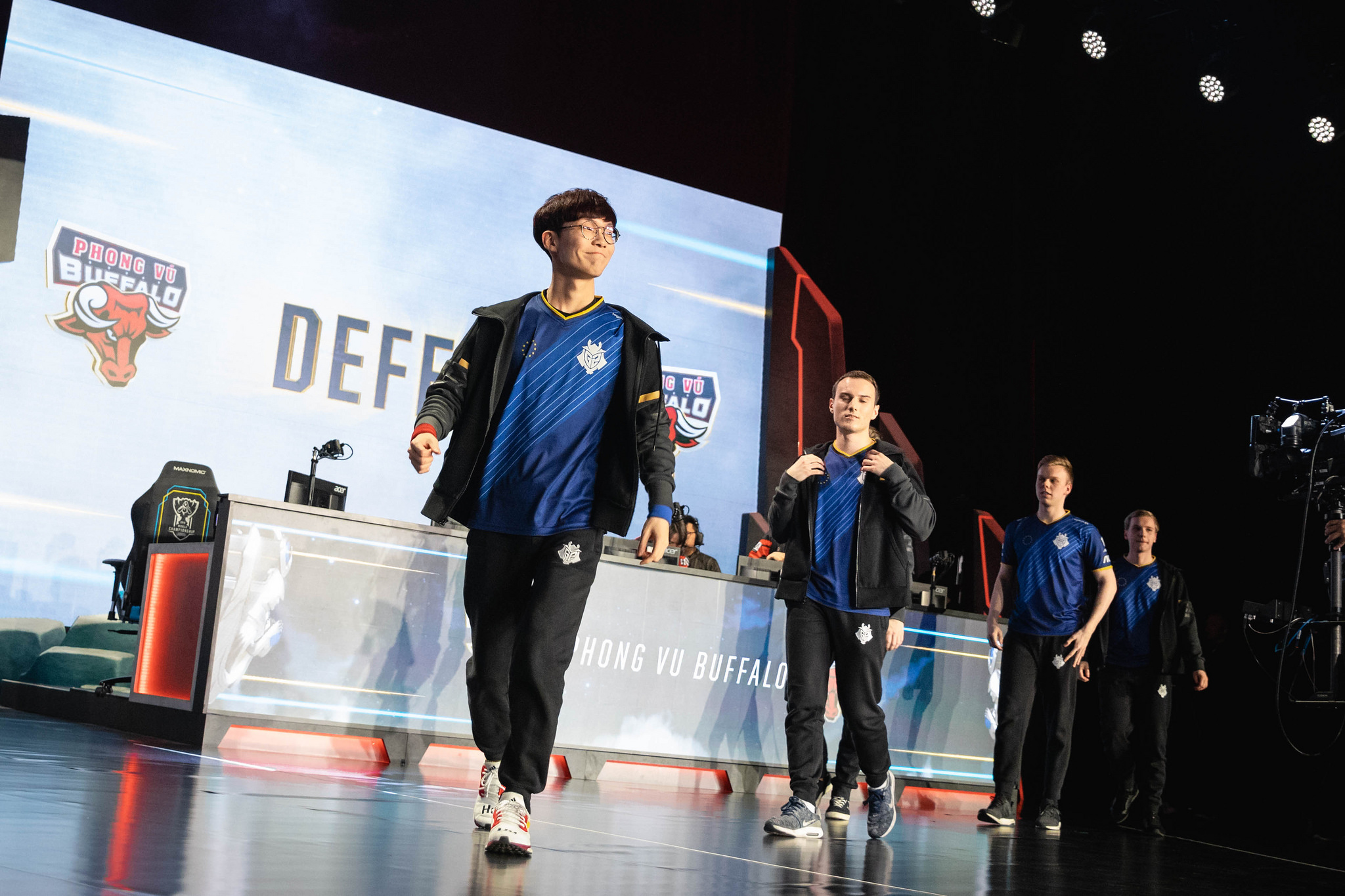 If you’re an EU LCS fan, you’re probably pretty happy right now. G2 Esports, despite winning four EU championships in a row and making it to Worlds twice as the region’s favorite, never once made it to the knockout stage.

Today, however, they made history. That’s right, G2 is headed to the quarterfinals at the 2018 League of Legends World Championship, and they definitely earned it.

The method in which G2 sealed the deal was about as perfect as it could’ve been. Somehow, by the grace of the League gods, Flash Wolves forgot to ban Petter “Hjarnan” Freyschuss’s bot lane Heimerdinger. We don’t know for sure that they forgot to ban it, but we’re going to give them the benefit of the doubt. Why? Because several teams have assumed they have an answer to the pick throughout Worlds so far, and none of them have been able to do it. Hjarnandinger is a terror to be feared and respected, and Flash Wolves underestimated it.

Hjarnan’s performances on traditional carries were fairly unimpressive, or at best average, with only a couple of exceptions. There’s really only one champion that teams need to keep away from him, and that’s Heimerdinger, so the fact that he’s gotten away with it so many times now is a little bewildering.

The true MVP for G2 at Worlds so far is top laner Martin “Wunder” Hansen, though. His carry performances on Urgot, Aatrox, and even Ryze once carried G2 through otherwise crushing defeats. He’s definitely one of the best top laners at the event, which makes him one of the best in the world, and after seeing him play at this year’s Worlds, it would be hard to deny that.

G2’s opponents in the quarterfinals haven’t been locked in yet, but the stage begins this Friday at 11pm CT.