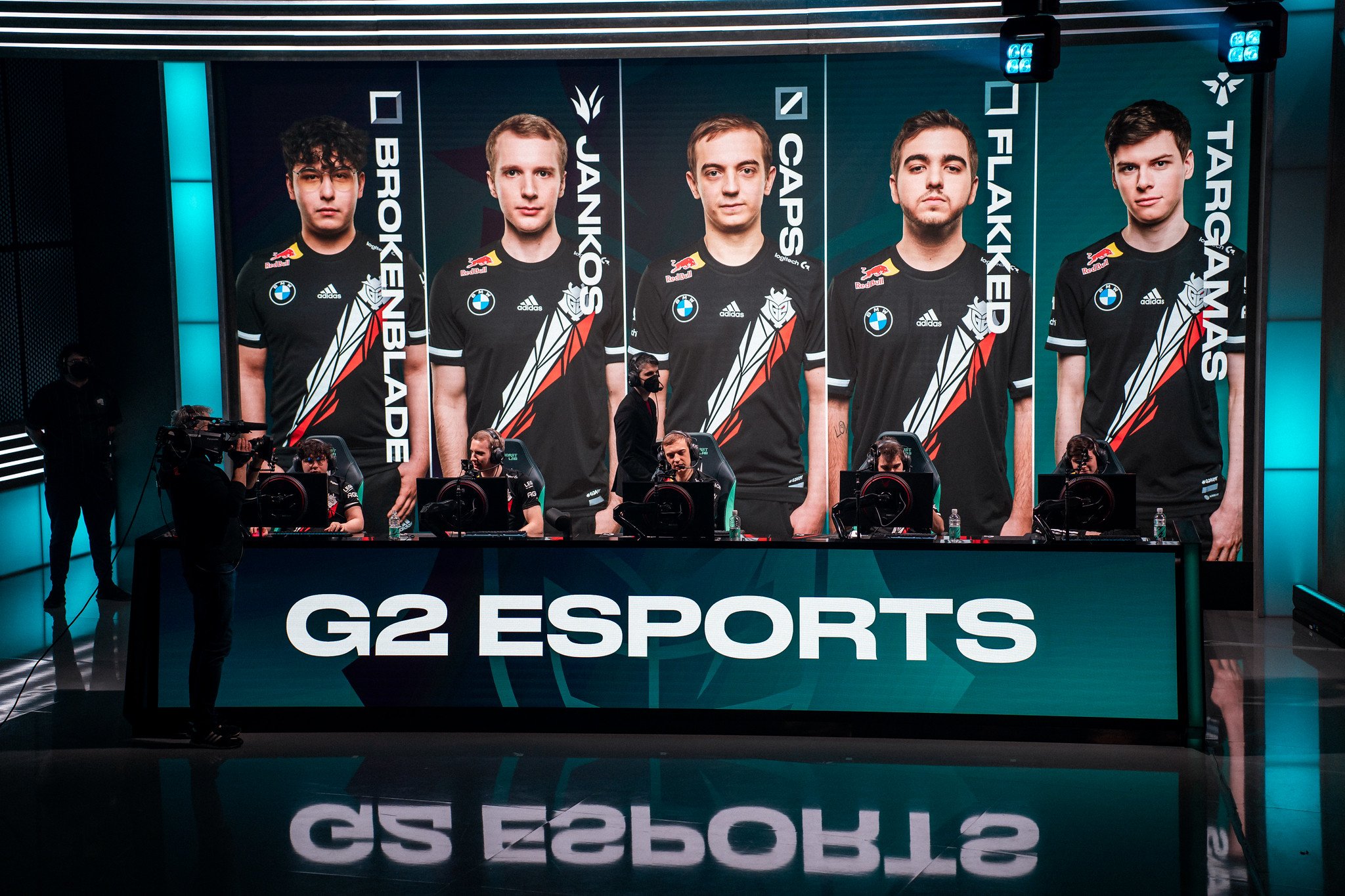 With just one week left in the 2022 LEC Spring Split, the ten teams are quickly approaching their final chances to qualify for playoffs. By making up for yesterday’s loss to Misfits, G2 Esports ruined Team BDS’ chances of making playoffs in their debut split, themselves now one step closer to returning to yet another playoffs.

BrokenBlade made his presence felt on the Rift from the second he stepped into the lane. As Akshan, not only could he inflict great damage from a distance onto Adam’s Sion, but he could swing away without a scratch—even if Cinkrof attempted to gank top and save his laner. This gave him quick access to a Hullbreaker, destroying both top lane towers prior to 20 minutes and forcing Team BDS to have an answer.

NUCLEARINT’s Kog’Maw mid, while a surprising answer to his opponent’s Sylas, did not seem to be an effective option to help take his team out of their deficit. Ultimately, caPs’ Sylas proved to be an incredible part of G2’s win, not faltering despite Cinkrof’s Baron and drake steals.

In the last fight for the dragon, caPs threw himself into Cinkrof, xMatty, and Limit, healing himself tremendously and bursting his squishy enemies down, securing himself a quadrakill and the victory for his team. CaPs finished this match sporting a 7/0/2 KDA and a 81.8-percent kill participation.

Team BDS are now out of the 2022 LEC Spring Split playoffs contention and will seek retribution during the Summer Split. During next week’s Super Week, they do have the potential to ruin the playoff chances of MAD Lions, should they be on the cusp of elimination by then.

G2 are one step closer to securing their playoffs spot, hoping to join Rogue, Fnatic, and Misfits, who are currently the only teams that have qualified. If Fnatic defeat MAD Lions to close out this weekend, G2 will officially clinch their playoffs spot.