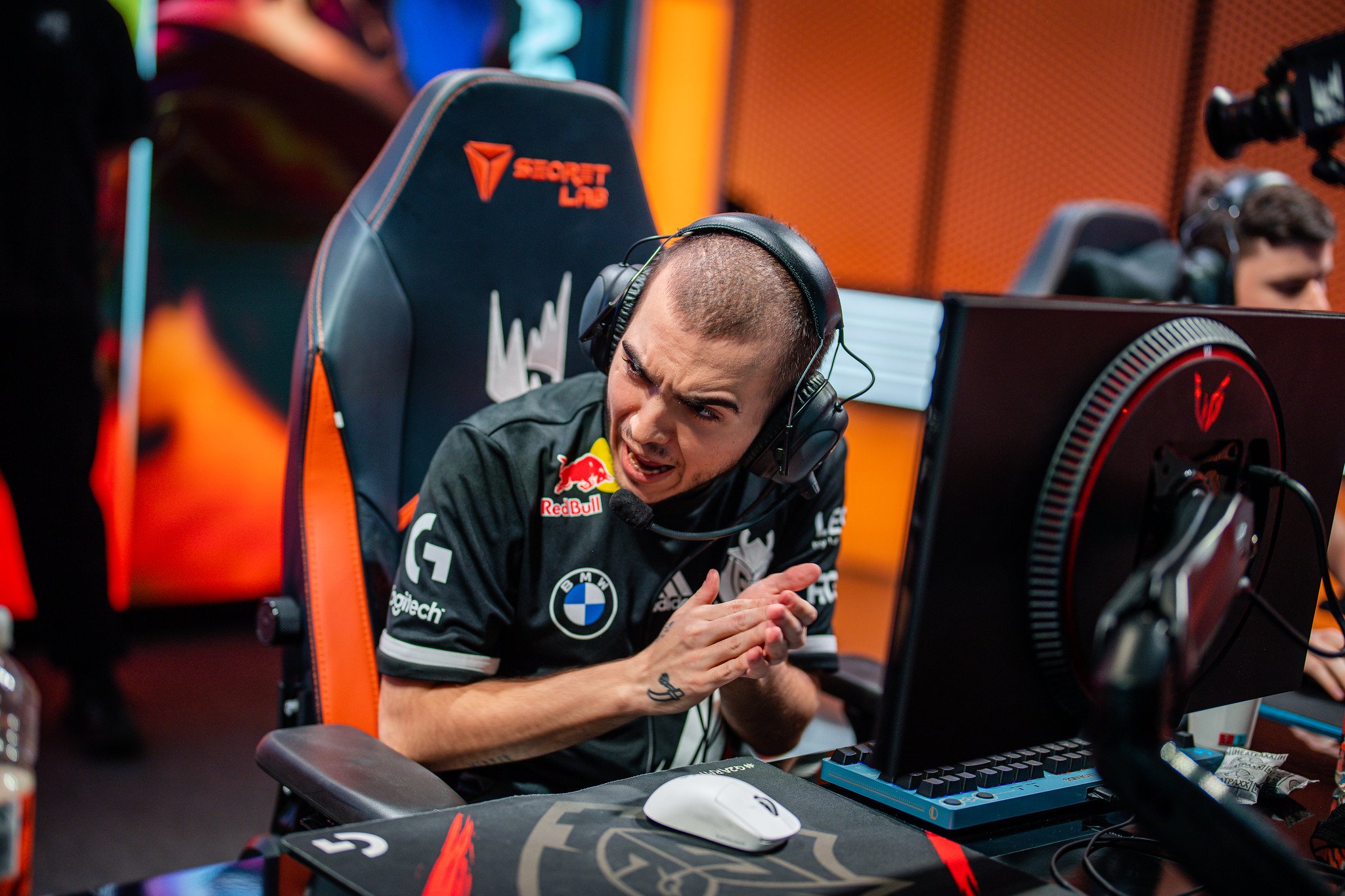 In a battle of the last two champions of the League of Legends European Championship, it was the MSI representatives that came out on top as G2 secured their 10th win, as well as a playoff spot on Friday.

Five teams have two games left in the split to fight for the last two playoff spots. And with seeding in the Summer Playoffs determined by Championship Points, MAD Lions still have a lot of ground to make up to avoid the lower bracket given that they missed out on the playoffs last split.

MAD Lions’ top laner Armut is having arguably the best split of his professional career, but you could be forgiven for not knowing that based on how this game started. He took his Jax into a very favorable matchup against BrokenBlade’s Gwen, but he was promptly solo killed and ganked within the span of two minutes to swing the game immensely into G2’s favor.

Armut held his own and stayed even in farm, allowing Nisqy on Taliyah to start fights in the midgame on relatively equal footing. Even though G2 maintained a slight statistical and tempo advantage throughout the game, MAD Lions and their patented top-class teamfighting meant that they were able to withstand almost two full Baron power plays and a nexus tower’s destruction by G2 before finally buckling.

The teams’ young AD carries had notable performances in this match as well. G2’s Flakked continued his dominance on Draven and was a pillar of the Samurai’s early success, while UNF0RGIVEN for MAD Lions played Aphelios nearly perfectly considering his team’s disadvantage in almost every late-game teamfight.

The LEC standings before the superweek action were already tight, and they have only tightened. There is now a four-way tie for first, while Vitality and Fnatic are in fifth and sixth, respectively. SK Gaming, Excel, and Astralis are also all just one game below the current postseason cutoff line.

G2 next square off against Misfits, winners of five in a row, at 2pm CT on Saturday. MAD Lions will try to add to their meager Championship Point total at noon against a veteran Astralis squad trying to make playoffs for the first time in its post-Origen history.