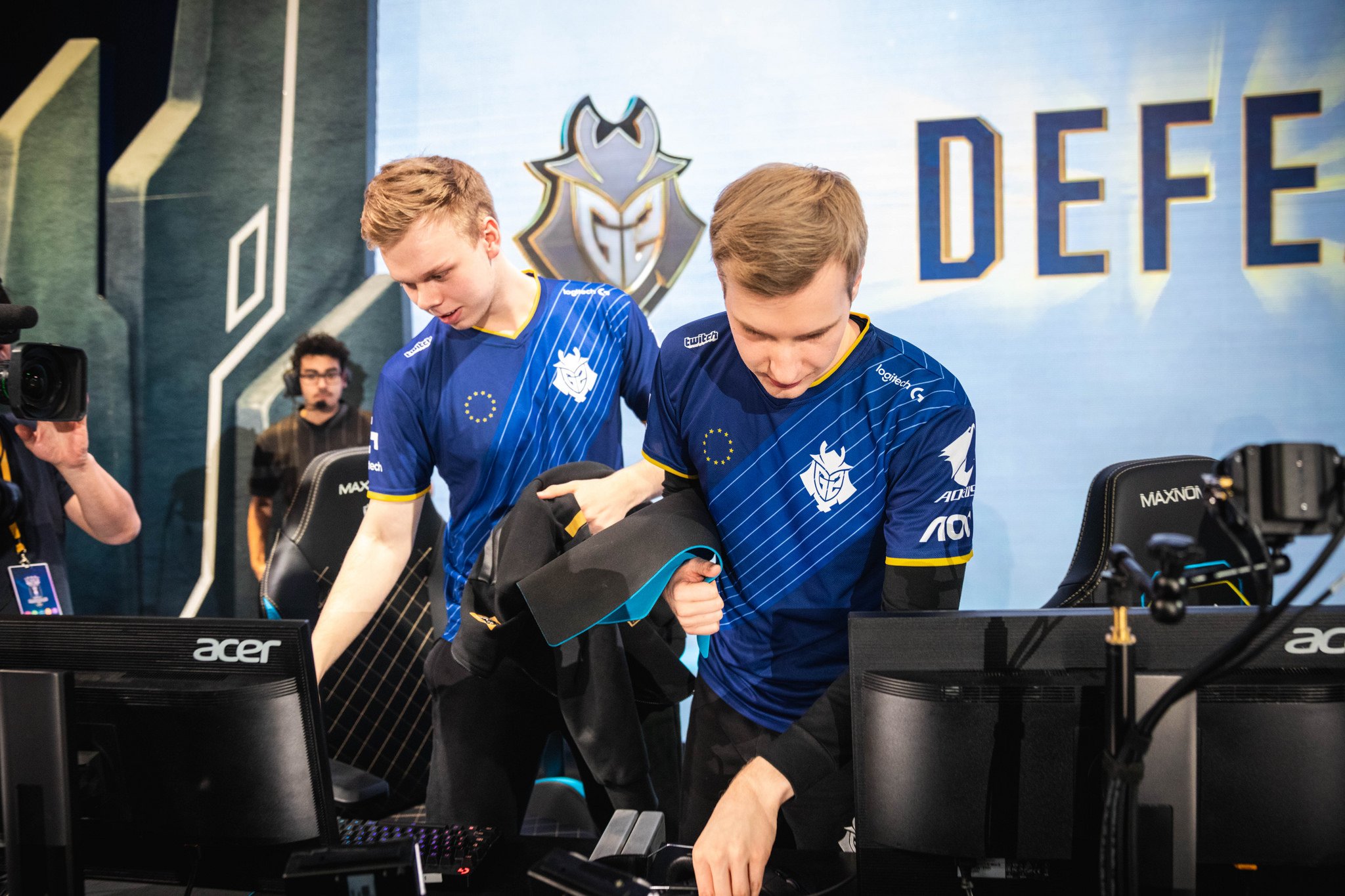 EU LCS fans have a lot of reasons to be proud of G2 Esports, despite getting knocked out of the 2018 League of Legends World Championship by Invictus Gaming. G2 came into the tournament as EU’s third seed after scraping through the regional gauntlet to qualify, and not many fans expected much from them.

Most thought they’d at least make it out of the play-in stage, but even then, there were doubters. And when they were placed into a group with the LMS long-time champions Flash Wolves and the LCK’s second seed Afreeca Freecs, hopes weren’t high.

But then, something incredible happened. They dominated the first half of their group stage, and although Afreeca ended up coming back on the last day, G2 still made it through. The miracles didn’t stop there, though. G2 effectively repaved their entire legacy in the quarterfinals when they took down RNG, who were one of two teams favored to win the entire tournament.

Related: The all-LCS Worlds finals dream is dead—G2 have been knocked out by Invictus

They certainly exceeded any and all expectations placed upon them at this year’s Worlds, but we’re here to criticize them a little bit instead. Why? Because they didn’t look anything like themselves today against IG. In fact, they looked a lot like G2 from Worlds in 2016 and 2017, and that’s just a bummer.

There’s a phrase that goes around every Worlds on Twitter and Reddit from fans that try to make sense of their favorite teams losing. That phrase is, “they played not to lose, instead of playing to win,” and it’s become a bit of a buzz-phrase as so many fans have taken to saying it often without quite knowing what it means, or just flat-out misusing it. This time, however, it’s correct, because teams like G2 and TSM of years past are the teams that made the term so relevant to begin with, and that’s who this G2 played like today.

Throughout Worlds up until today, G2 identified their strength as a team as controlling the map between top and mid lane, finding frequent early fights to catch the enemy off-guard. Then, after Luka “Perkz” Perković and Martin “Wunder”  Hansen found some breathing room, they’d begin roaming to the bot side of the map and through the river near objectives to snowball and effectively release Kim “Wadid” Bae-in and Petter “Hjarnan” Freyschuss from their bot lane prison. G2 played aggressively and unlike any eastern team at the tournament, and many attributed this utter bravado to the fact that there were absolutely no expectations placed on them by the fans.

Well, today, we saw absolutely none of that. They didn’t force any plays between top and mid, Wunder and Perkz effectively got shut out, and G2 backed away from every objective in assumption that IG would go for them, without setting vision traps or putting up any sort of fight. The series was very contradictory to the rest of their Worlds run, and just like TSM or G2 from last year, it looked a lot like nerves. G2 played like they were scared—scared of losing, scared of looking bad, who knows. And that was odd, because they had already exceeded all expectations, and they had nothing to lose.

But one thing was different about today’s series. The fans had actually placed expectations on them—the possibility of an all-LCS Worlds final rested solely on their shoulders, and it looks like that may have been too much for them to handle. It’s also possible that there’s another reason for them to play so oddly passive, but from an outsider’s perspective, it definitely looked like they were nervous.

We could get into it deeper or try to analyze what else went wrong. But honestly, to the fans of the EU LCS, it wouldn’t matter, would it? G2 were heroes to their region, because they proved that the third seed EU team was good enough to take down the best teams in the world. They did their region proud, and they should go home with their heads held high, even without a trip to the finals.