The team’s early game hasn’t looked too good so far. 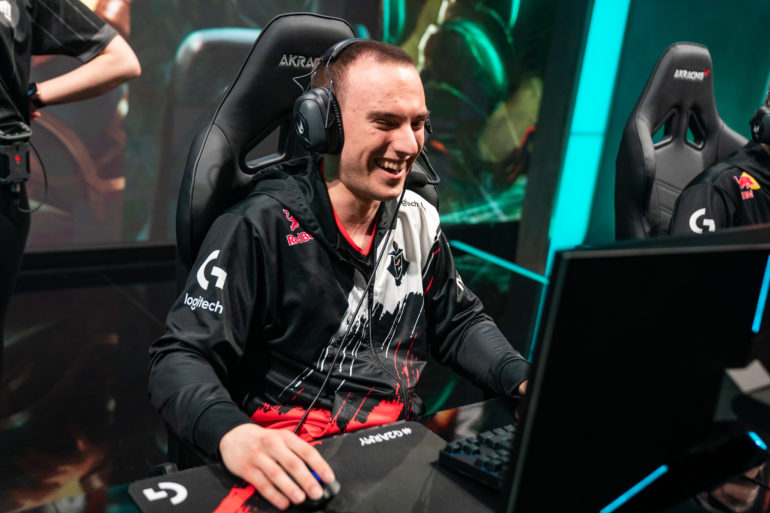 G2 Esports’ first set of matches in the 2020 LEC Spring Split weren’t as clean as many would have expected them to be. Even though the European juggernaut picked up two wins against MAD Lions and SK Gaming, they had the second-worst gold difference at 15 minutes of any LEC roster through week one at -1,624.

The 2019 MSI champions and Worlds finalist have been known over the past couple of seasons as the kings of Europe due to their outright domination of the region. Their creativity and flexibility is always on display with their drafts and their roster is filled with superstar talent.

But a problem that cropped up over the past couple of games is their messy early-game execution. Whether it was Mihael “Mikyx” Mehle mispositioning and dying for free, Martin “Wunder” Hansen overextending, or the team simply losing skirmishes, G2 weren’t great pre-15 minutes.

These types of games happened a few times last year as well. But just like back then, G2’s superior mid-game strategies and macro ended up sweeping the competition anyway. They know how to overwhelm any team with great five-vs-five teamfighting and map movement with teleport advantages—and before you know it, they’ve taken over the match.

Even though they can rely on their powerful mid game, G2 still need to clean up their early-game issues. If this powerhouse truly wants to win MSI again and look toward the Summoner’s Cup, they can’t give the best teams in the world the first 15 minutes of a match.

G2 will be back in action this weekend against Vitality and Origen, which is set to be the LEC’s match of the week.