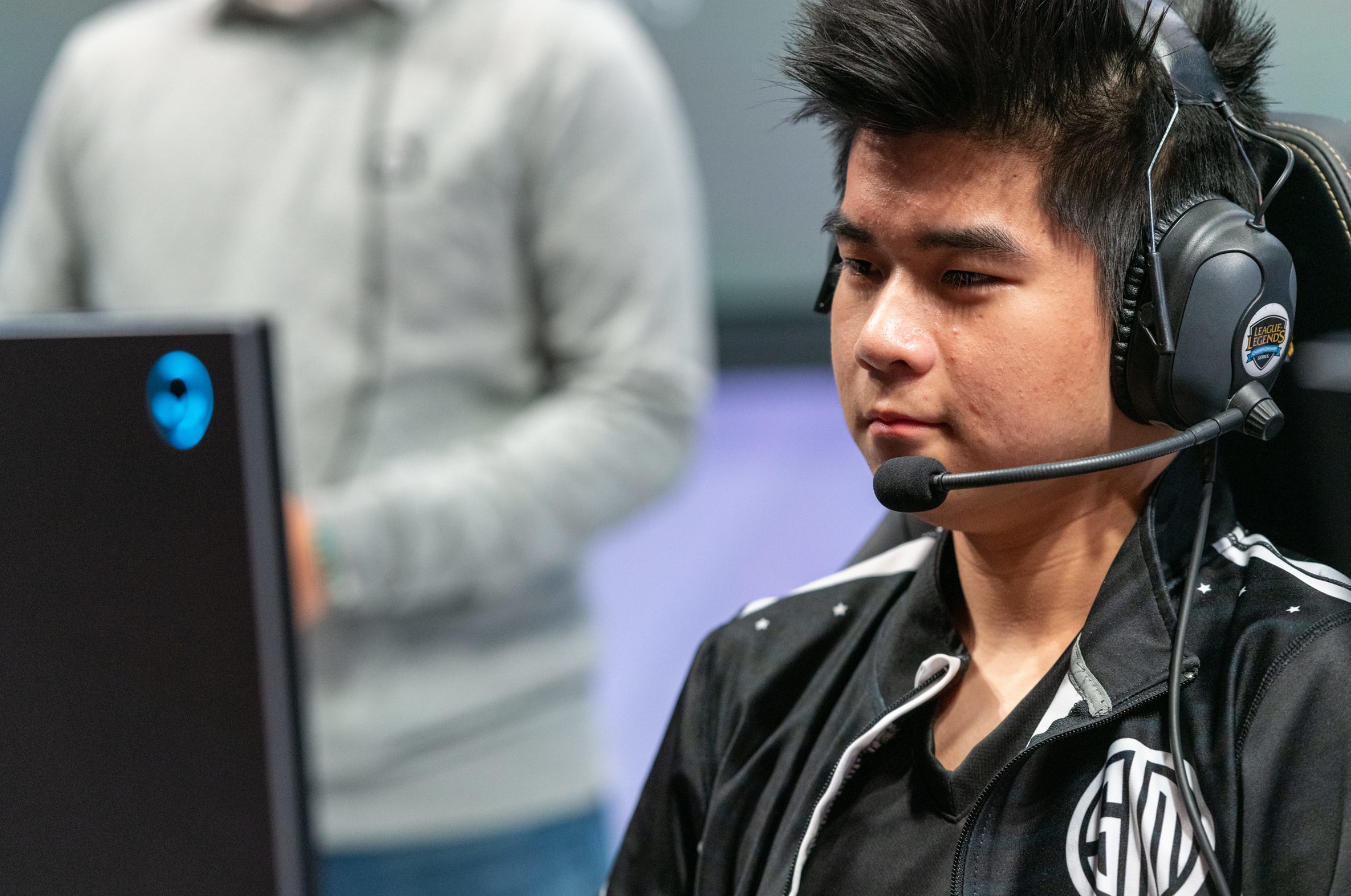 Although he’s surrounded by experienced veterans on almost all fronts, TSM’s second-year jungler Spica stands out as the only member of the League of Legends team to have donned its jersey prior to 2021. Coming into this LCS season, he’s taking up the roles of budding superstar and familiar face simultaneously.

“Last year was my rookie year, but as I’ve gained more experience, I myself have taken on more of a leadership role,” Spica told Dot Esports after TSM’s 2-1 performance to open the LCS Lock In tournament this past weekend. “I’m talking more in and out of the game, so I want to say that’s due to my tenure at TSM and development as a player. But I still think I can definitely do more to help my teammates.”

While he might be considered fresh blood in the greater sense of the LCS, he’s essentially taken up the “franchise player” mantle for TSM after just one year on the team’s starting roster. And thankfully for Spica, he won’t have to work too hard to nurture new talent on a TSM roster that’s loaded with veterans. If anything, he’ll have the chance to learn from some of the most historic names in professional League with players such as Huni, SwordArt, and PowerOfEvil all joining the starting lineup. But so far, the young jungler maintains that TSM’s growth and development process is a joint effort. No one veteran is dominating the conversation; the process is more about progressing as a five-man unit.

“[My teammates] are definitely really experienced and know a lot about the game, but I’d say it’s…more of a learning experience for everyone,” Spica said. “I wouldn’t say that any one specific person is teaching anyone else any specific things, but instead we’re just all working together trying to figure out what’s best.”

And while TSM climb their own internal mountains, developing as a full unit and breaking the mold together, Spica can’t help but notice that externally, the LCS as a whole is treating him as the newest face of the league. Hot off a season in which he captured a domestic title and emerged as one of North America’s brightest young stars, Spica is already being billed as one of the LCS’ most promising assets by the league itself.

“People are saying I’m the new face of the LCS, but I don’t think I’ve accomplished nearly enough or anything at all to guarantee myself that title,” Spica admitted. “I think there’s definitely still some work to do.”

Although the latter part of that sentiment may be true, it’s undeniable that the sophomore star has laid the groundwork towards becoming one of the LCS’ most promising faces. Winning the league during his rookie season was an unmissable step in the right direction for not only Spica, but the TSM brand as a whole.

Rarely, if not ever before, has TSM built around the jungle position. If anything, the role has always felt “cursed” to some fans of the organization considering five different players have taken up responsibilities at the position for TSM over the span of the last three years. For the first time since 2017—when Svenskeren manned the jungle for TSM—the organization has found a jungler it can truly put its faith in. After the team captured its first LCS title in three years, largely thanks to efforts of Spica, it’s reasonable to see why the team would place so much stock in its most eye-catching prospect moving forward.

After one week of play at the LCS Lock In tournament, Spica and TSM find themselves sitting with a modest 2-1 record. But with both of their wins practically taking the life out of the squad and forcing the team to rely on mid to late-game comeback scenarios, it’s fair to say that a level of consistency needs to be developed for TSM to progress further into the season with relative ease. A reliance on heroic moments—such as Spica’s Baron steal against Golden Guardians this past Saturday—doesn’t promote a sustainable approach in terms of winning games.

Spica saw TSM rely on heroic, oftentimes otherworldly, efforts during last summer’s playoff run, in which the team played 25 total games in a span of 26 days. But unlike last summer’s miracle squad, this TSM lineup clearly has a few kinks to work out before it will be able to make a repeat run.

“I think we really just need more time to mesh well together,” Spica said. “I mean, we are five new players on a new team, so, I think that’s definitely a factor. We still have a lot of things to figure out like how we want to play, our playstyle, who the main carry is, and everyone’s role on the team. I think that will just mostly take time.”

But as time drags on, it’s inevitable that pressure will mount. Of course, it’s incredibly early to start thinking about how the LCS playoff picture will develop, but it’s still entirely possible that the end goal of a domestic title is present in the back of all players’ minds. Spica “tries not to think about the added pressure” that comes along with the TSM legacy, but with the looming goal of back-to-back LCS titles hanging over this roster’s development process, it’s hard not to think about pressure.

“Honestly, just being on TSM has taught me about handling pressure much better than other people. Obviously, it’s the most popular and decorated team in the LCS,” Spica said as he recanted memories of playing for TSM in high-pressure situations such as last year’s playoff run, as well as his appearance in the 2019 LCS Regional Qualifier. And with many more of those types of situations surely on the docket for TSM in the near future, Spica will have to make sure that his “been there, done that” mentality is enough to not only lead this new iteration of TSM but help develop it into a synergized unit as well.