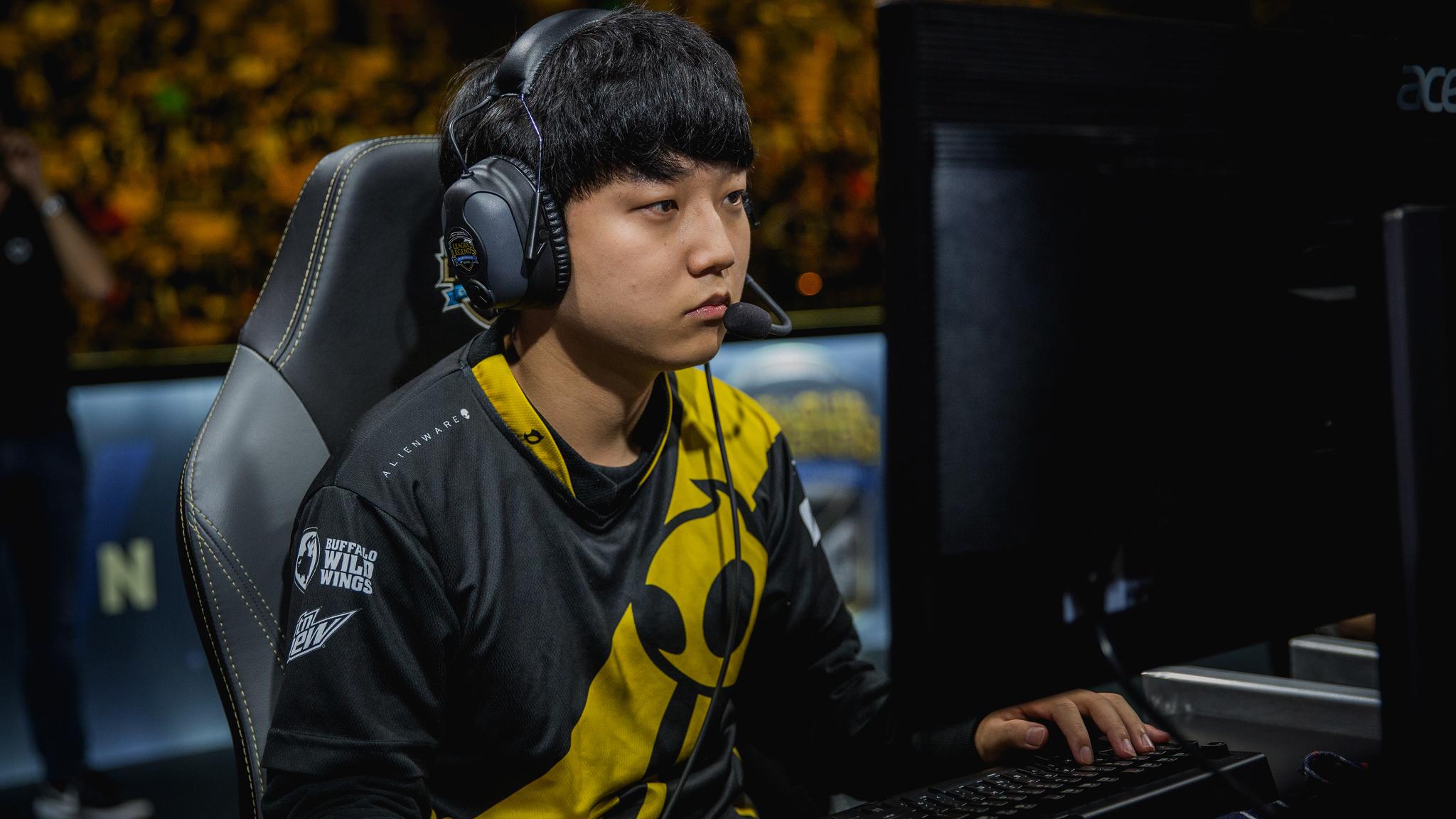 The 2018 NA LCS Spring Split is right around the corner. But before it can begin, we have to make it through the League of Legends preseason.

This year, the preseason is more important than any before, especially in North America. Aside from both the rune and mastery systems being entirely replaced, the NA LCS is undergoing its largest change to date.

This coming season will be the beginning of the new franchised model. There will be no relegation or promotion, new rules are being put in effect for revenue sharing and player salaries, and each of the 10 teams will stick around—no more promotion and relegation. Current NA LCS teams weren’t guaranteed a spot in the new model, though, and as reports came in last week confirming which teams had been approved, disappointment soon followed as fans realized which teams weren’t going to make it.

The 10 teams that made it are Cloud9, TSM, CLG, Team Liquid, Echo Fox, FlyQuest, the Cleveland Cavaliers, the Houston Rockets, OpTic Gaming, and majority owners of the Golden State Warriors.

Out of those, teams like Echo Fox, Liquid, and FlyQuest all had an extremely disappointing year and will probably want to replace large portions of their starting rosters. The four new teams will obviously need new players, and the likes of TSM, C9, and CLG may want to shake things up as well.

Luckily for them, four current NA LCS teams didn’t make the cut for next year—Team Dignitas, Immortals, Phoenix1, and Team Envy. That means there is a lot more talent suddenly available on the free agency market. Here is the list of all the players that are now teamless, and which of those should be the most sought after.

These players exemplified what it means to be a great player in North America. They either outperformed most other players individually or improved so rapidly that they’ll be prime cuts for the new teams.

Despite Dignitas’ questionable run in 2017, there was one player on the team that played consistently well—Ssumday. He played better than almost any other player in the league, and in multiple top lane metas. He proved that he wasn’t just on top because of a particular type of champion by winning with all types—damage dealers like Fiora, Renekton, and Camille, as well as tanks like Nautilus, Maokai, and Shen.

Some analysts and fans attribute Dignitas’ playoffs appearance entirely to Ssumday playing on another level. He made the NA LCS All-Pro team in the 2017 Summer Split, and third All-Pro team in the spring. He’s going to be top priority for teams looking for a new top laner.

Just like Dignitas, Envy had a rough year. Despite that, lira maintained his status as one of the best players in the region. During the spring, lira made the NA LCS All-Pro team as a jungler, and this summer, Envy almost redeemed themselves by qualifying for the playoffs thanks to lira’s synergy with the team’s new mid laner.

Envy had been trying to build a team around lira since acquiring him this year, and this summer, it seems like they were on the right track. Unfortunately, we won’t find out if they can improve enough to win anything, because they didn’t make it into the franchised league. But that doesn’t mean lira isn’t still on the fast track to domination in the region.

In the two years that Immortals were in the NA LCS, they finished as runners-up in two splits and made an appearance on the Worlds stage, making them one of the most accomplished teams in the region, aside from the big three (C9, TSM, and CLG).

They consistently improved over the course of the year, until eventually they were playing better than all other NA teams except for TSM. They have more synergy than most other current NA teams, and although most of them play individually very well, it would make the most sense for one of the new teams—the Cavs, Rockets, OpTic, or the Warriors owners—to acquire the entire roster together, including coach Kim “SSONG” Sang-soo. If this roster stays together and continues growing and improving at this rate, they could be the first team to challenge TSM in the long run.

These players, although they don’t compare to the best of the best, are still very good. Picking them up secures a higher-than-average player for your team with potential to improve beyond that to become one of the best.

Nisqy may have lost Rookie of the Split to Phoenix1’s Mike Yeung, but he improved throughout the split so much that he could be considered one of the league’s better mid laners. He didn’t join Team Envy’s starting roster until a few weeks in due to visa issues, but it only took a few games for him to really find his groove. Envy had been trying to build a team around lira, their jungle superstar, for a while, and Nisqy is really where it started to click.

Nisqy’s playstyle of pushing the lane and preparing himself to drop everything to help lira find a snowball was needed for Envy to find any success, and that synergy is the reason they landed in the playoffs. Nisqy only played for about two-thirds of the split, and it looks like he’s going to keep improving. In a world where mid-lane-to-jungle synergy is key to finding leads, Nisqy should be a hot commodity for new teams. And teams already in the league should consider him as possibly even a replacement mid laner.

It’s been awhile since Altec and Adrian have been near the top of any list, but after their performance at the end of the Summer Split, they’ve proven themselves as contenders. Throughout the Spring Split, both Altec and Adrian played disappointingly on their respective teams, but once they were united on Dignitas in the bot lane, they were unstoppable. Almost immediately, they developed a closer synergy than almost any other bot lane in the league, and were able to go toe-to-toe in lane against the league’s best bot lanes, including TSM’s and C9’s.

The only concern is this: If they don’t get picked up by the same team, they may not play as well once separated. If they’re picked up together, they could turn into a successful bot lane on any roster. If separated, even if they could still play solidly, they very likely wouldn’t have the same edge.

If Mike Yeung had played the entire split like he played the first few weeks, he’d probably be ranked S. Unfortunately, he fell off a bit as the rest of Phoenix1 plummeted, and he was left scrounging with a subpar team. He won the Rookie of the Split award for the 2017 Summer Split after proving that he was a better player than both Nisqy and CLG’s Omar “OmarGod” Amin.

Unfortunately, and due to a variety of other issues, P1 crashed and burned as one of the worst teams in the league. Yeung, although he played mostly well, crashed a bit with the rest of them, leaving an asterisk over our predictions for him in 2018. On the right team, though, he has the potential to be enabled as an excellent jungler.

No player in the league redeemed themselves quite as much as Hakuho did in the Summer Split. After Envy’s dumpster fire in the spring, there were a lot of things that needed to change in order for them to pull off any form of success in the summer. The first piece was finding a mid laner that could work around lira, and another was Hakuho himself. He could have performed so much better this summer simply because Envy seemed elevated as a whole, leading him to feel more enabled, but it looks like he simply improved, and he improved by a lot.

In the midst of the Ardent Censer meta, Hakuho proved that he could perform on much more than just that. He had standout performances on Censer supports like Lulu and playmakers alike, making him a strong support with a wide arsenal. Where he fell short in the Spring was when damage dealers were in meta, like Malzahar and Zyra. So assuming those types of champions don’t make a comeback any time soon, Hakuho is a safe bet and a strong support for any team in the NA LCS.

Players in this tier are above average on most days, with a few games here and there popping off to give us a glimpse of what it would look like if they were great. These players are either solid choices and mostly reliable or they played superbly as recently as the Spring Split but just fell short in the summer.

Average players make up the third tier. These are players that, at their best within the past year, never really play with excellence, but they also usually don’t play too terribly. Solid choices, surely, but if a team picks them up, they’re probably only being chosen for their experience and not for their talent compared to the league’s best players.

These players have played below the NA LCS average at least for the past split, and consistently performed among the worst players in the league. If there is any potential for them to make a comeback in 2018, it will take patience, strong will from the player, and a great player management staff.