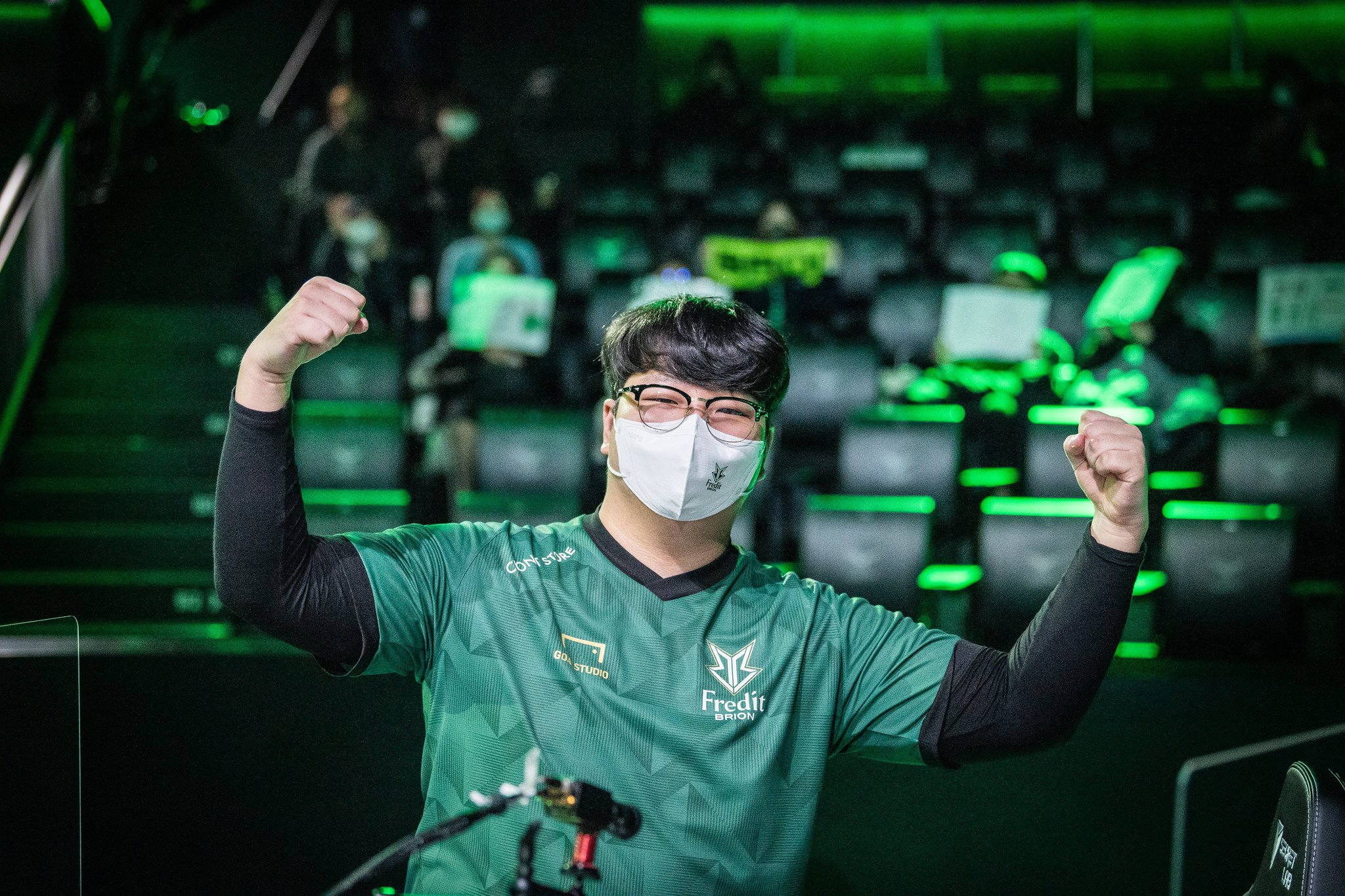 Fredit BRION made history after reaching the LCK Spring playoffs for the first time in the organization’s history. To confirm their spot, they toppled one of the strongest sides, DWG KIA, by a clean 2-0 in the Korean league today. With Fredit BRION confirming their ticket to the 2022 LCK Spring Playoffs, one playoffs spot is still up for grabs in the LCK.

Fredit BRION have built themselves a reputation as the dark horse on the tournament, and they are known to take down big names and pull surprises out of their hat. Most notably, they took down DWG KIA twice last year, and the trend continues this year.

DWG KIA prepared for Lava’s Ahri pick by giving Showmaker Veigar to start the series with first blood on the enemy mid laner. Morgan secured a solo kill onto Burdol’s Akali counter, making Fredit BRION come back into the game. Though DWG KIA secured the first dragon, they couldn’t contest the second one and were hesitant to fight their enemy.

Fredit BRION started winning the majority of the fights in the mid game. One particular teamfight near Baron made sure Fredit BRION had a considerable advantage over DWG KIA. Though Fredit BRION could crack the inhibitor open, they couldn’t end the game. Hena’s Aphelios scaled well in the late game, and he was decisive in the teamfights. DWG KIA, on the other hand, were fierce in defense and maintained a steady, objective control, but they kept losing the teamfights. Fredit BRION got the second Baron of the match, swept the opponent, and marched through the mid lane to end the first game in the series.

Fredit BRION dominated the second match, and the match’s tempo was slower than the first one. However, Hena’s Aphelios remained deathless in this match and played a crucial role in fights to give Fredit BRION the edge. UmTi secured all the dragons, gaining the Mountain Soul in the game, and the team kept on picking DWG KIA players to extend their lead in the game. DWG KIA couldn’t find an answer to the enemy aggression, and Fredit BRION came out ahead in the exchanges. In the mid game, DWG KIA lost another teamfight near the Baron, which gave Fredit BRION a green light to march down the mid lane and finish the series in style.

LCK Spring Split 2022 returns tomorrow for the last day of competition, wrapping up the split with Kwangdong Freecs facing Liiv SANDBOX to secure a place in the playoffs.