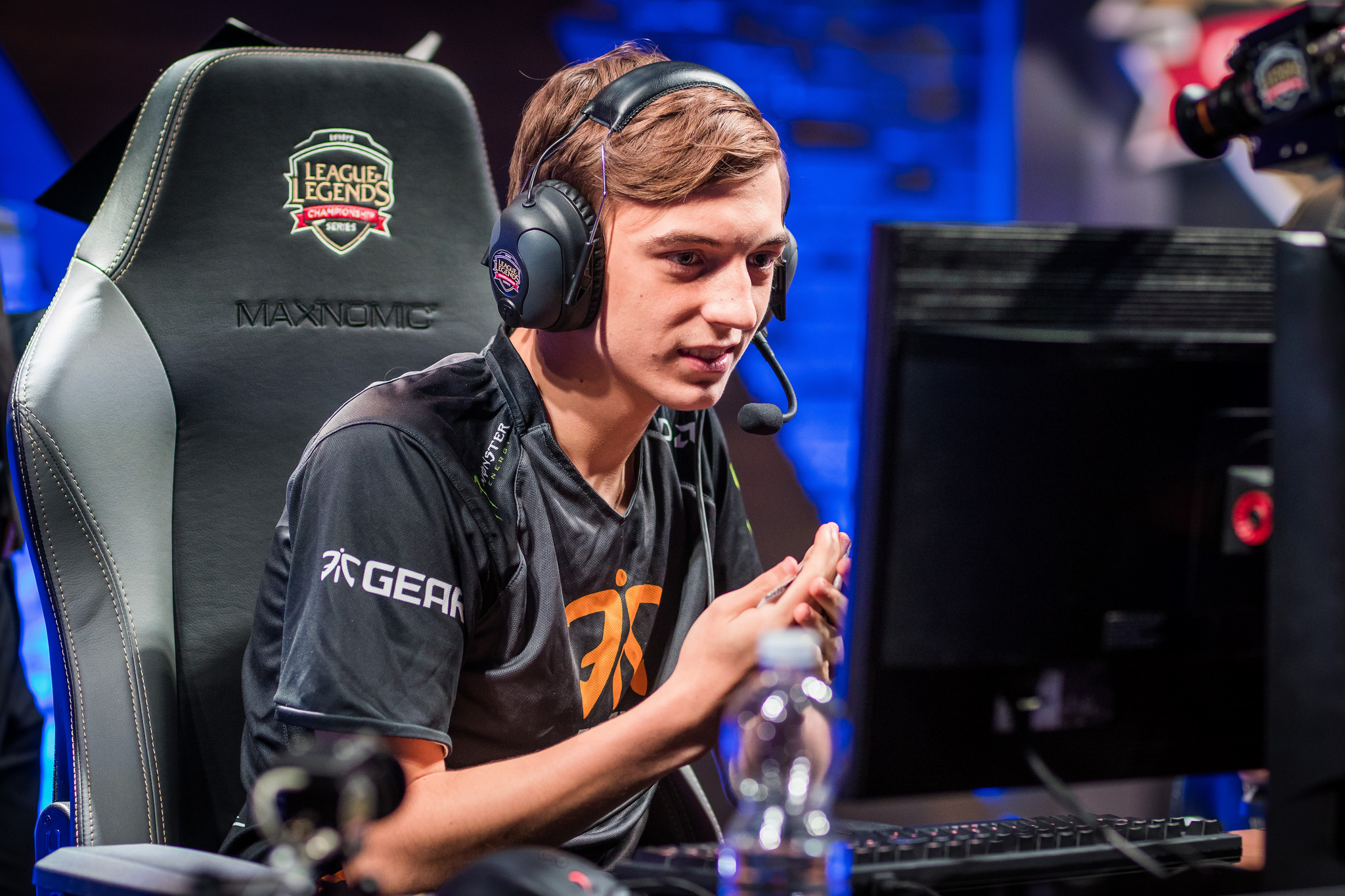 If today’s EU LCS match between Fnatic and Unicorns of Love taught us anything, it’s that any team with Cho’Gath on their side will win.

Both Fnatic and Unicorns have been dominant forces in the EU LCS Summer Split and are two of the favorites to meet in the summer finals in Paris on Sept. 3.

The first game was a back-and-forth battle. It wasn’t until the 30-minute mark that one team started to gain a crucial lead over the other, when Fnatic got the Baron buff.

Fnatic then rushed down mid lane in hopes of finishing the game off but Unicorns were quick to respond, picking off the greedy Fnatic members and stalling the game way past the 40-minute mark by leveling the gold lead and taking the second Baron of the game.

Unicorns then rushed forward into Fnatic’s base trying to get the win only to die, leaving Fnatic with an open base and not a lot of options left. Fnatic proceeded to rush into Unicorns’ base to try to steal away the win, only to die, giving Unicorns the victory.

Fnatic, however, destroyed Unicorns in the second game. Fnatic dominated the match from start to finish, picking up 19 kills across the board—only dying once overall. This superb performance helped Fnatic to finish the game off quickly after a successful Baron play at the 25-minute mark.

Unicorns were non-existent in the matchup and failed to show off any of the qualities that led to the team’s victory in the first match. Fnatic’s synergy was too much for Unicorns to handle and helped to tie up the series.

Fnatic won the third game and the series after a satisfactory performance against Unicorns. It wasn’t a complete shutdown like in game two, but the lead that Fnatic got from some early game kills was enough to give them the victory.

As always, the game ended around the 30-minute mark after a crucial Baron power play went in Fnatic’s favor, helping them close out the game in dominant fashion.

The win means that regardless of what happens moving forward, Fnatic are guaranteed to head into the Summer Split playoffs at the end of the season for a shot at representing Europe at Worlds 2017 in China on Sept. 28.

Fnatic’s next match will be against Misfits on July 28. If Fnatic have any hopes of finishing the Summer Split at the top of Group A, then a win against Misfits will be needed. Unicorns will go up against Mysterious Monkeys on July 29 to try to put their two losses this week behind them as they look to challenge for the top spot of Group B.