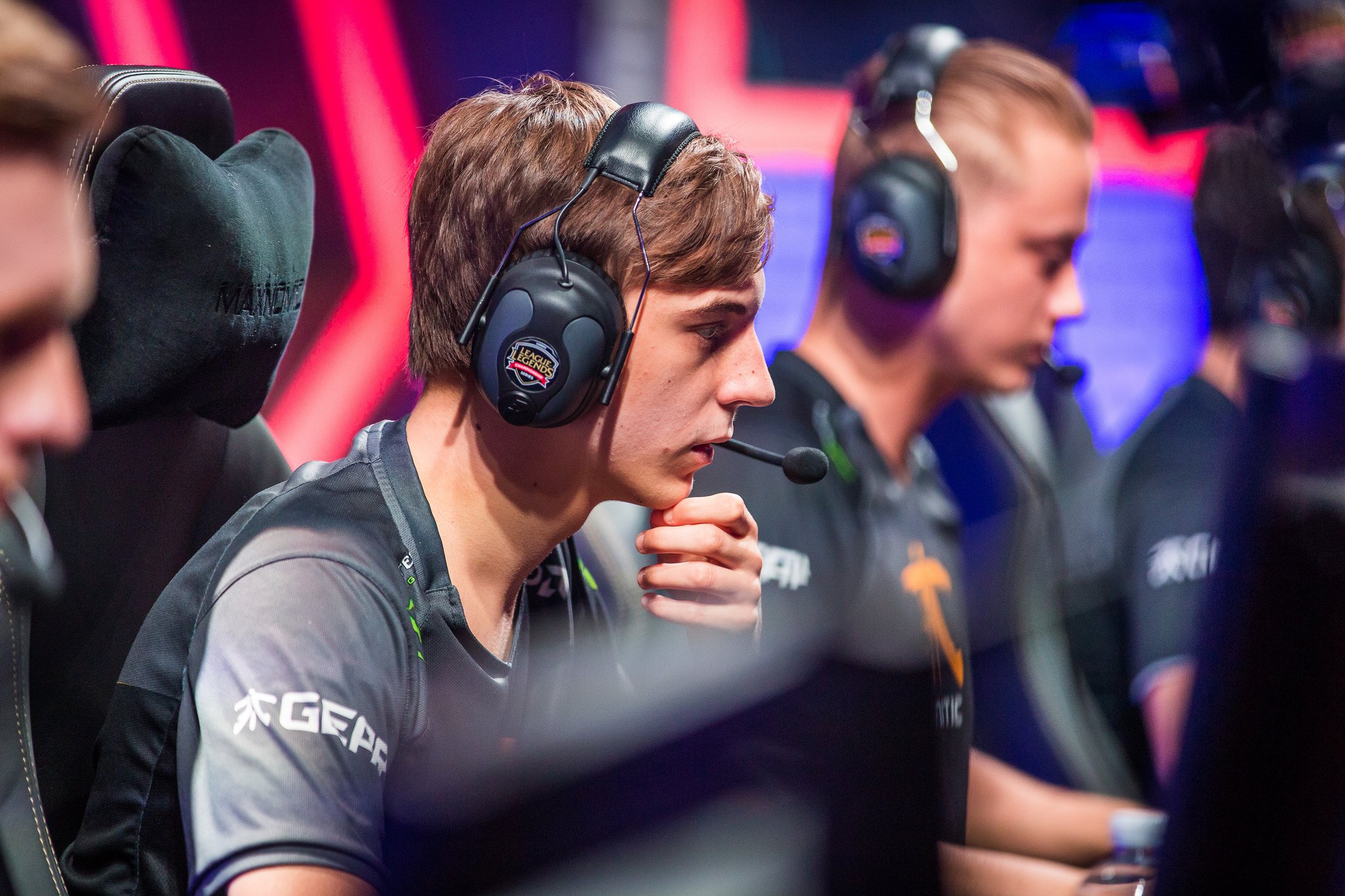 When H2K Gaming faced Fnatic in the 2017 Spring Playoffs, it was one of the most one-sided matches of the entire tournament.

H2K were the overwhelming favorites going into the series, but Fnatic’s aggressive style of play completely dominated them to a 3-0 victory. The result had a lasting effect on H2K’s year, with many fans’s forgetting the strong performances that the team had shown going into the Spring Playoffs and only remembered the end result. In short, it was a bloodbath. A long-standing stain on a near-perfect season, and one that H2K was surely looking to forget going into the rematch today.

Now in the Summer Split, H2K and Fnatic were both sitting on scores of 3-1 at the end of week three. Both teams needed a win today to keep their hopes of going to Worlds at the end of the season alive.

The first game of the series saw the return of Camille support. Fnatic’s support player Jesse “Jesiz” Le was the first player in the EU LCS to use Camille in the support role in the Spring Playoffs against H2K. A sign of things to come, perhaps?

After a slow start, H2K fell for an early-game bait by Fnatic. Most of the H2K players went bot lane to try and get a free kill and a tower, but were unaware of the Fnatic members hiding nearby. As H2K jumped over the wall to try and kill off the supposed “lone” player, Fnatic pounced and killed every member of the H2K roster to secure a large gold lead.

H2K had no way of getting back into the game after the successful Fnatic counterattack. The team was then able to completely dominate H2K with perfect vision control across the map, taking a convincing victory over their opponents.

In the second game, H2K came alive in the early game and managed to pick up kills across the board. They invested far too many members of their roster into securing these kills, however, which gave Fnatic a chance to take a tower or another objective on the opposite side of the map.

It wasn’t until the 20-minute mark that Fnatic really got into the game, catching out H2K around the Baron pit. Fnatic were able to secure kills onto H2K and take complete control of the game. Fnatic used the Baron buff to then end the game, winning the series.

Moving forward, H2K will be looking to bounce back from defeat when the roster faces Ninjas in Pyjamas on June 24. Fnatic, on the other hand, will be hoping to keep their top spot in Group A when the team goes up against Mysterious Monkeys on the same day.