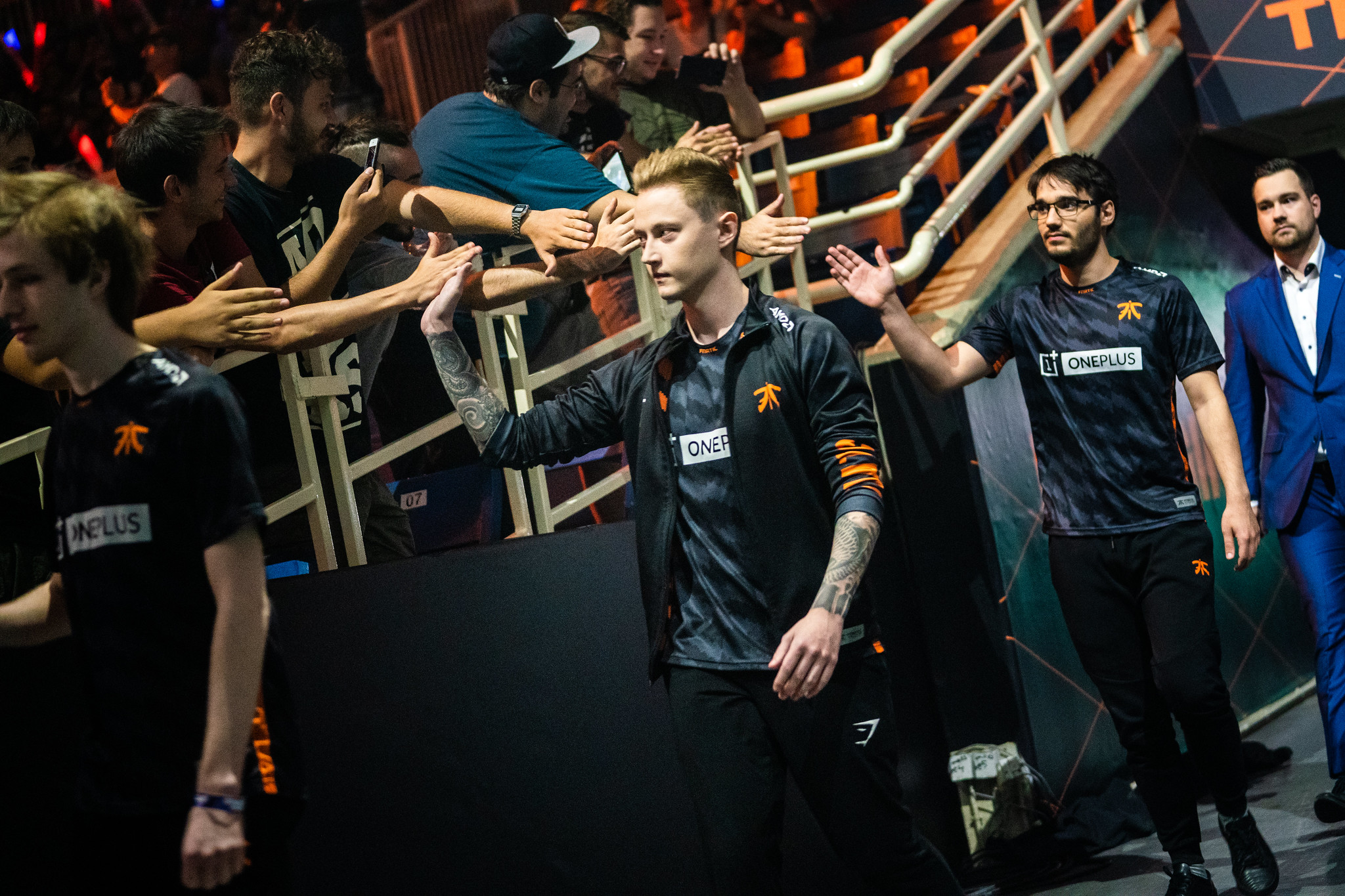 Fnatic have defeated Schalke 04 in the LEC Summer semifinals and will move forward to face G2 Esports in the finals tomorrow. With today’s victory, Fnatic have locked down a spot at the League of Legends 2019 World Championship.

Today’s series served as a rematch to the 2018 Summer finals where Schalke fell 1-3 to Fnatic. After parting ways with their star mid laner Rasmus “Caps” Winther following last year’s Worlds, Fnatic struggled to find their footing early in the spring and lost to Schalke in the second week of the 2019 Spring Split.

The second week of the Spring Split was the last time Schalke defeated Fnatic before today’s match, and the German team looked towards this year’s Summer playoffs as their chance at revenge. With an overwhelmingly negative record against Fnatic over the years, Schalke had much to prove in today’s match—especially for the team’s AD Carry Elias “Upset” Lipp, the sole remaining member from the Schalke lineup that fell to Fnatic in last year’s Summer finals.

Game one kicked off in Fnatic’s favor after Tim “Nemesis” Lipovšek secured first blood onto Schalke’s Felix “Abbedagge” Braun. Fnatic carried their early game momentum throughout the match, with Martin “Rekkles” Larsson boasting a massive gold lead over Upset. A 25-minute Baron allowed Fnatic to quickly lock down the first win of the series.

The second game of the series seemingly belonged to Fnatic after Mads “Broxah” Brock-Pedersen collected four kills pre-10 minutes on the Lee Sin pick. Schalke refused to go down without a fight, however, and the match reflected the teams’ blood lust with multiple skirmishes taking place simultaneously across the map. But Fnatic thrived in the chaos, constantly coming out on top in kills and objectives and eventually closing out the game in their favor.

Although the series looked grim for Schalke going into game three, the team had one thing going for them: Fnatic crumbled against G2 last weekend in a best-of-five, despite being up two games against the region’s giants. A reverse sweep was still on the table in today’s series, but Schalke would have to reset their mental game after a shaky 0-2 start if they wanted a chance at advancing to the finals.

To make matters worse for Schalke, a level one invade from Fnatic cost Kim “Trick” Gang-yun his life, setting the tone of the third match in Fnatic’s favor. By the 15-minute mark, Fnatic boasted a nearly 8,000-gold lead over Schalke, but a greedy teleport from Nemesis allowed the underdogs to take Baron away from their opponents.

Schalke’s advantage was short-lived, however. The potential turnaround slipped from Schalke’s grasp, and a second Baron went the way of Fnatic. A final teamfight in Schalke’s base then solidified the series in Fnatic’s name.

Fnatic may have lost to G2 in the second round of the LEC playoffs last week, but the team will now have a second shot at taking down the region’s top dogs tomorrow in the finals. The two teams will duel it out for the LEC Summer title and Europe’s first seed on the international stage when the series kicks off at 10am CT.