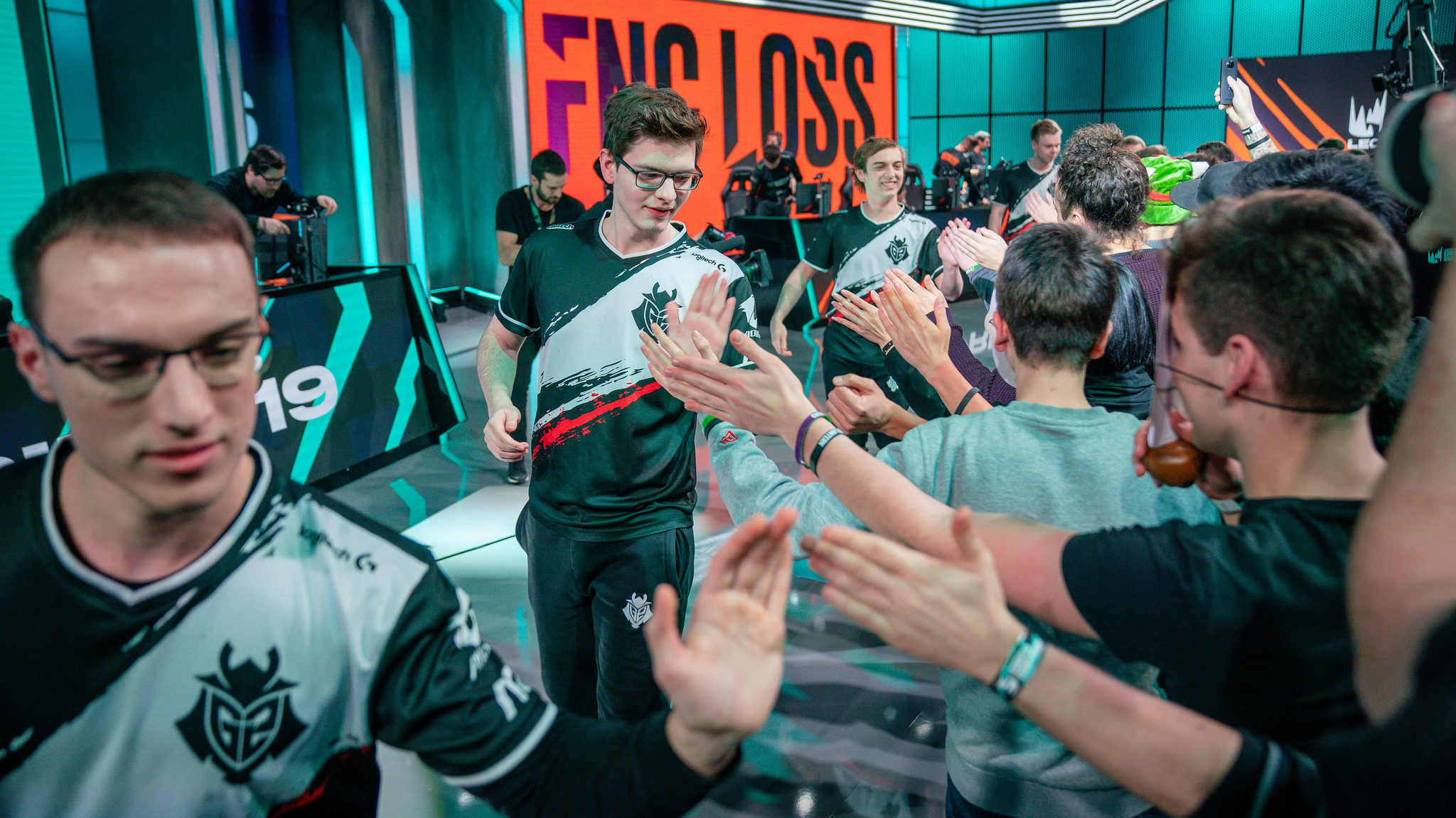 The clash between the two titans of Europe has concluded after G2 Esports reverse swept Fnatic in a best-of-five to lock down a spot at the LEC 2019 Summer finals in Athens.

G2’s individual players have looked dominant throughout the entire season. The last time G2 lost a best-of-five was almost a year ago after losing 3-0 to Invictus Gaming at the 2018 World Championship. The team’s win-streak has been kept alive now that they’ve crushed the hopes of Fnatic following a game five victory.

Both teams have been neck-and-neck the entire season. This battle would be decided by the effectiveness of each team’s bot and mid lanes. The first two games showed that Fnatic was poised and ready to beat G2 in both respects. G2’s late-game emphasis proved to be the deciding factor in the final two games of the series, however, after G2 won multiple teamfights while securing several Baron.

A Shen pick from Martin “Wunder” Hansen caused little problems for Fnatic in game two. Wunder hadn’t played the champion since 2017, and the pick backfired after he was caught out in the early game from Fnatic’s aggression.

Fnatic got their second Baron after dismantling G2 in a teamfight toward the jungle. This pressure would spell disaster for G2 when Fnatic began pushing through the mid lane. Rasmus “Caps” Winther tried to stop his former team from taking the Nexus but it was to no avail. Fnatic took the second game and went up 2-0.

Fnatic played the mid-game extremely well in game three, focusing on the mid lane and the jungle. But the end-game went to G2 after they were able to take the game from Fnatic’s grasp after G2 won multiple team fights and managed to take back the mid lane, securing the game three comeback.

The bottom lane performance was crucial for G2 in games four and five since both Wunder and Caps locked down a huge gold lead for G2. The two stars continued to play well in tandem with each other after they both secured multiple teamfight victories over Fnatic.

G2 looked extremely comfortable after they dismantled their opponents in game five, solidifying their victory.

Fnatic have a chance at redemption and will now play against Schalke. The winner of this match on Sept. 7 will have the opportunity to face G2 for the LEC Summer 2019 title and a spot at the World Championship 2019.