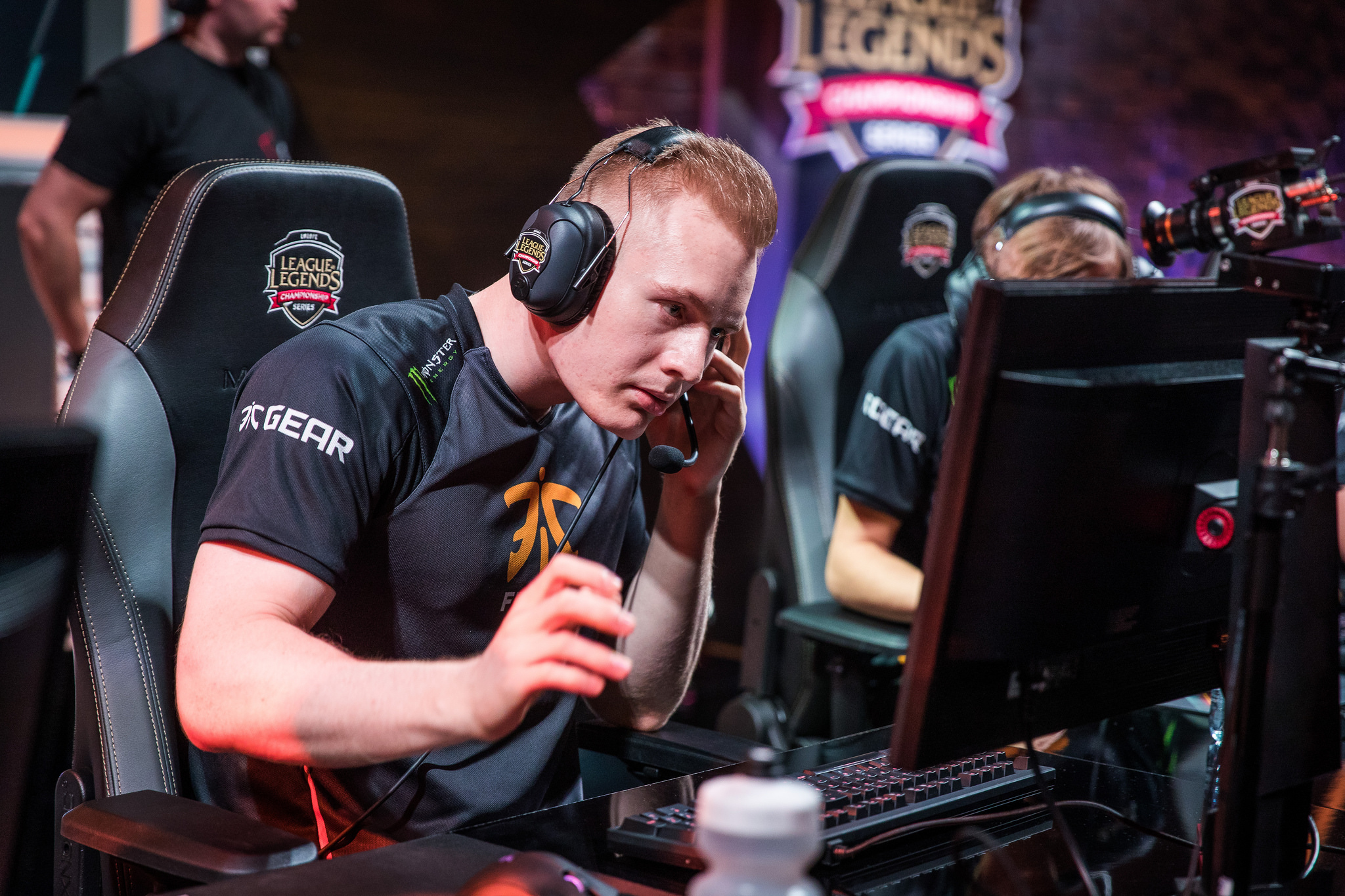 Fnatic are one series win away from securing first place in Group A in the EU LCS after a hard-fought victory today over Roccat.

Both teams had a lot to play for going into the match-up. Roccat knew an unlikely win over the former kings of Europe would put them within reach of the EU LCS Summer Playoffs, one series win behind third place Misfits.

Now, with their loss today, all hope is lost unless Roccat can find a win against both G2 Esports and Misfits next week—but only if Ninjas in Pyjamas can defeat Misfits on Aug. 5.

In the first game of today’s series, Roccat got off to a good start, taking a small but growing lead over Fnatic. This all fell apart in the mid-game, however, after a series of costly mistakes gave Fnatic a way back into the match.

Roccat made up for this at the 25-minute mark by taking the Baron from under Fnatic’s nose, and getting away scot free—for now. Moments later, an over-aggressive Roccat side tried to force a teamfight but lost their lives instead, giving Fnatic a path to victory.

In the second and final game of the series, Roccat once again found a small gold lead and an early Baron, repeating the mistakes of the previous game. It should have been another easy victory for Fnatic, but Roccat weren’t willing to go down without a fight.

The game lasted nearly 50 minutes until Fnatic finally closed out the win. Roccat continued to apply pressure onto Fnatic to try and find their way back into the game, but were unable to achieve victory.

With this victory behind them, Fnatic will have their sights set squarely on the Summer Playoffs for a shot at representing Europe at Worlds as the region’s number one seed.