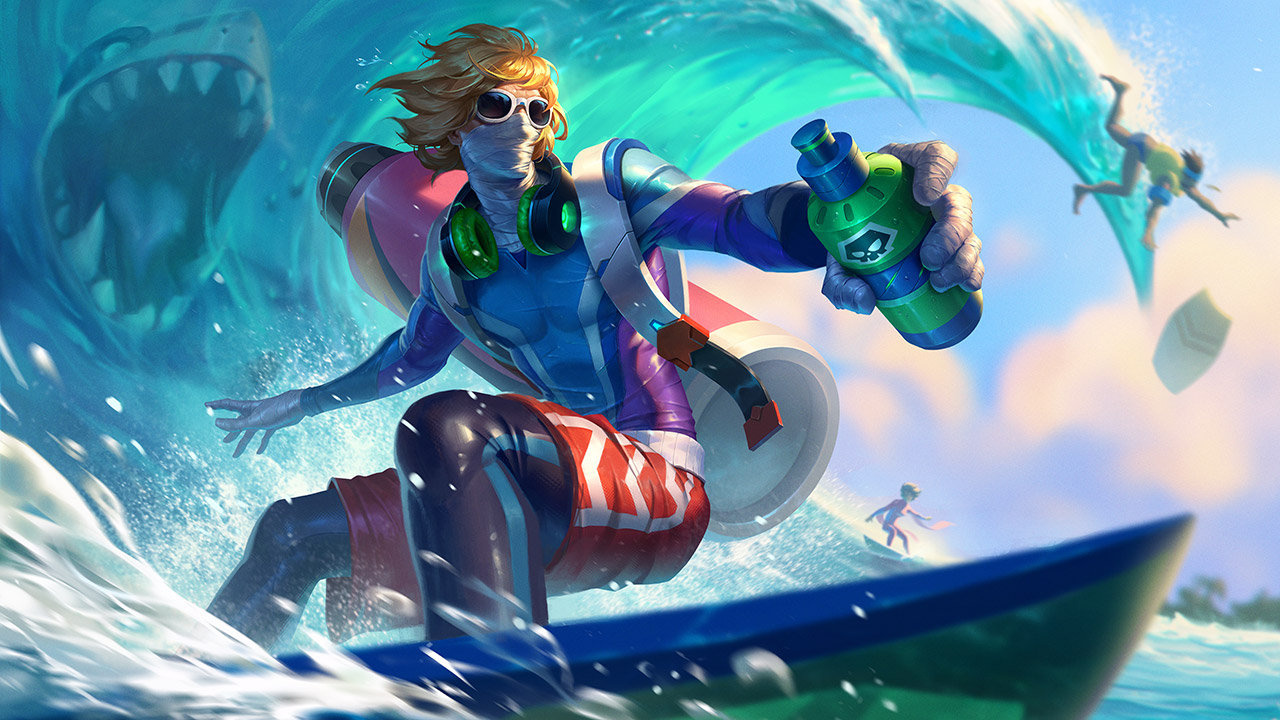 The series today between Fnatic and Top Esports began with a surprise Singed pick during the 2020 League of Legends World Championship.

Fnatic left Ornn open andpicked the Singed in response for the top lane for Gabriël “Bwipo” Rau. The first few couple of minutes were going quite passively until Bwipo decided to challenge Bai “369” Jia-Hao’s Ornn. The fight looked great for the Singed until Ornn unleashed his combo and almost took him down.

After farming some levels, Bwipo went for the proxy farming tactic with a twist. Instead of farming between the tier-one and tier-two towers, he focused his efforts between the tier-two and tier-three turrets instead. Multiple members of TES tried to collapse on the Fnatic top laner, but he escaped while giving his team some time to get vision control and prepare for objectives.

In teamfights, the pick was paying off with Singed catching off-guard mispositioned members from TES. Conqueror combined with Ravenous Hunter made Bwipo deceptively tanky as he soaked thousands of points of damage in each teamfight.

In the last teamfight, Bwipo’s movements gave enough time to Rekkles to take down the TES members, securing the first game win after killing four out of five members from LPL’s first seed.