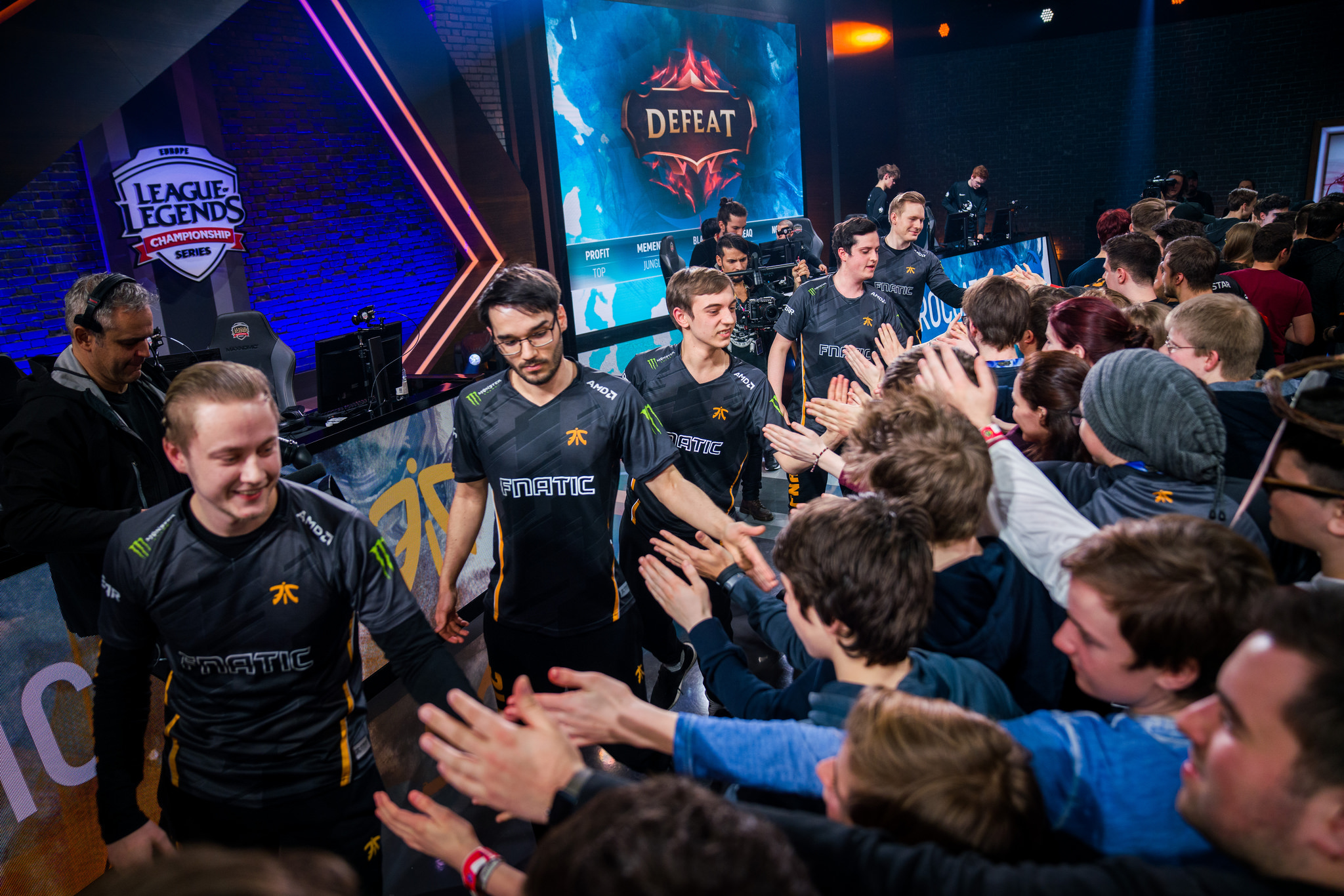 Fnatic dominated Schalke 04 today in the EU LCS to end their hopes of making the playoffs.

Schalke needed to beat Fnatic, a team that only lost four matches all split, to set up a sixth-place tiebreaker against ROCCAT later in the evening. Fnatic had other plans, however, as Paul “sOAZ” Boyer returned to the lineup after a two-game hiatus as the team looked to finish the split strong.

Fnatic started off the game flawlessly with a quick gank to the bot lane in the opening five minutes to get first blood. Schalke tried to answer back by investing a lot into the top lane, but this didn’t go according to plan.

Fnatic used Schalke’s aggressive top lane push to get two kills in the bot lane, as well as a tier two turret to gain a large lead. Schalke, noticing that they were falling behind, started to make a series of rookie mistakes, which gave Fnatic plenty of objectives and kills as the match went on.

Schalke’s only saving grace came from the top lane, where sOAZ was caught out a few times to give Schalke some kills. But these kills couldn’t help decrease Fnatic’s growing gold lead.

Schalke needed a miracle to get back into the game, but it wasn’t meant to be. As soon as Baron spawned, Fnatic contested it. They quickly secured the objective and two kills to take complete control of the match.

Fnatic broke into Schalke’s base and won the game shortly after to finish the split at 14-4. Schalke’s loss means that they’re eliminated from playoff contention, while H2K and ROCCAT finish in fifth and sixth place, respectively.