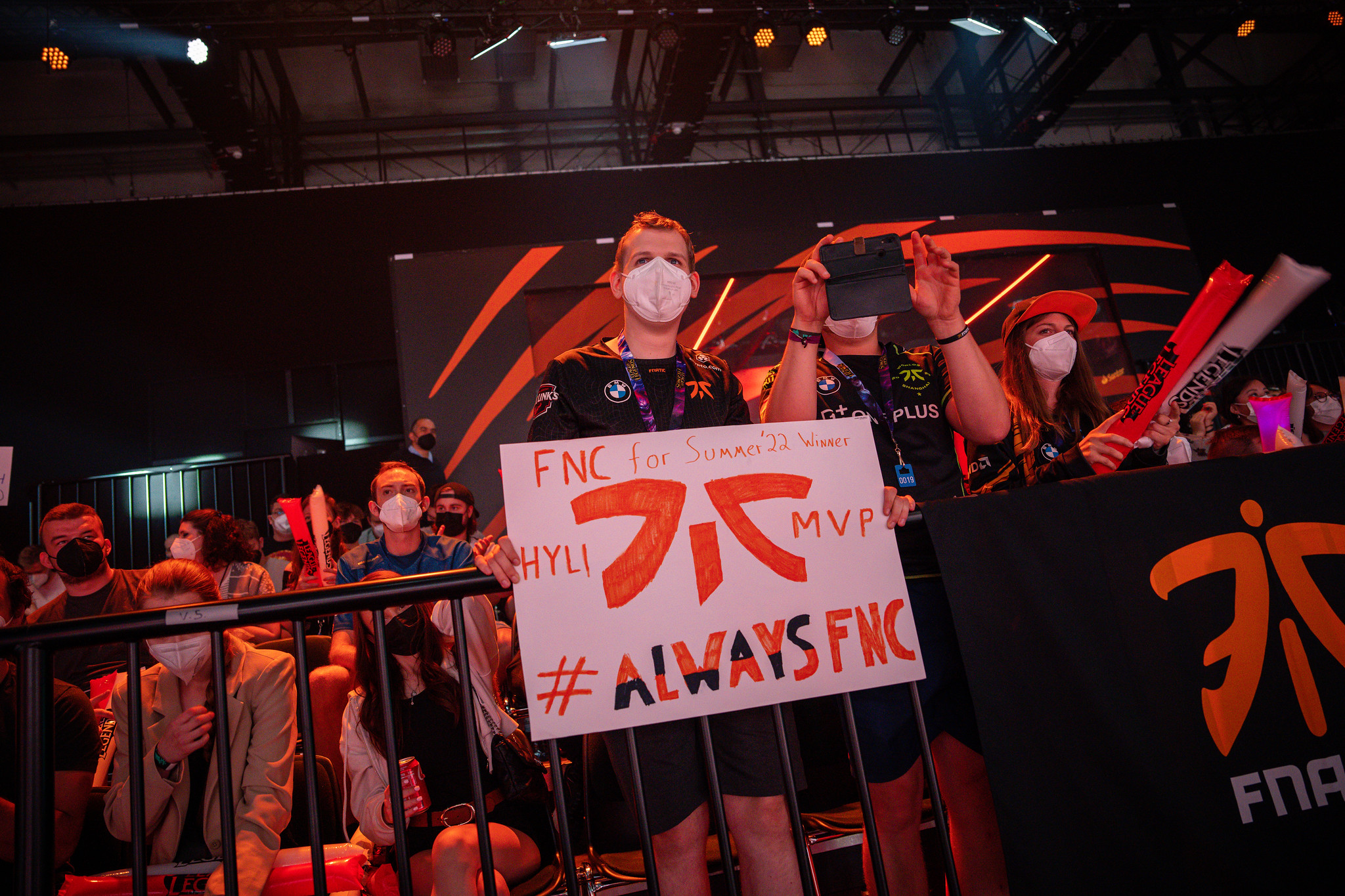 Fnatic took down Team Vitality and kept their hopes alive for the LEC Playoffs. They also mathematically eliminate Astralis from the playoffs’ contention with their win. However, both Fnatic and Vitality still have to play and win one more game before being able to take a sigh of relief and secure a place in the second phase of the LEC Summer Split 2022.

Fnatic and Vitality entered the game with everything on the line since the result would have greatly impacted the LEC regular season leaderboard standings. Because of these high stakes, League of Legends fans expected a thrilling game, and they did not have to wait long; the first blood was drawn in less than a minute from the start of the game by Fnatic. But throughout the game’s early stages, Vitality benefited the most from the multiple skirmishes across the map, gaining a small lead over Fnatic. This upper hand was crucial for Vitality, who opted for a more late game composition that needed time to scale and reach an optimal level of strength to fight.

For both teams dominating the bot lane was one of the foremost winning factors in crushing the opponents. If the combo of Senna and Tham Kench drafted by Vitality had huge potential, the Fnatic duo of Zeri and Lulu changed the outcome of the match. One teamfight after another Vitality proactively engaged Fnatic. Still, the latter kept calm and waited for the perfect moment to re-engage and take down Vitality. By relentlessly chasing down every member of the opposing team and gifting them the gray screen, Fnatic had no one to prevent them from obtaining every neutral objective on the map. From the infernal drae’s soul to the baron buff, Fnatic conquered all.

Vitality did not back down from the oppressing strength that Fnatic had built up and kept their defenses high even after losing two of their inhibitors. But with the Elder drake spawning, the attention of both teams diverted to the neutral objective instead of the other enemy’s structures. Amidst the inevitable teamfight exploded in front of the drake’s pit, Fnatic came out on top thanks to their attention to positioning and mental fortitude that allowed them to find the perfect timing to re-engage the fight and win it.

Vitality put up one last stand and almost succeeded in driving away all the enemy team. Still, Upset’s Zeri was unstoppable, and not even Shurima’s Emperor, in the hands of Perkz, could extinguish Fnatic’s Spark of hope.

The two teams are still running for the LEC Summer Split Playoffs, and both could still make it, but first, they will have to play one more game tomorrow. During the last day of the regular season, Fnatic will face off against Misfits, while Vitality will have to take on Rogue.