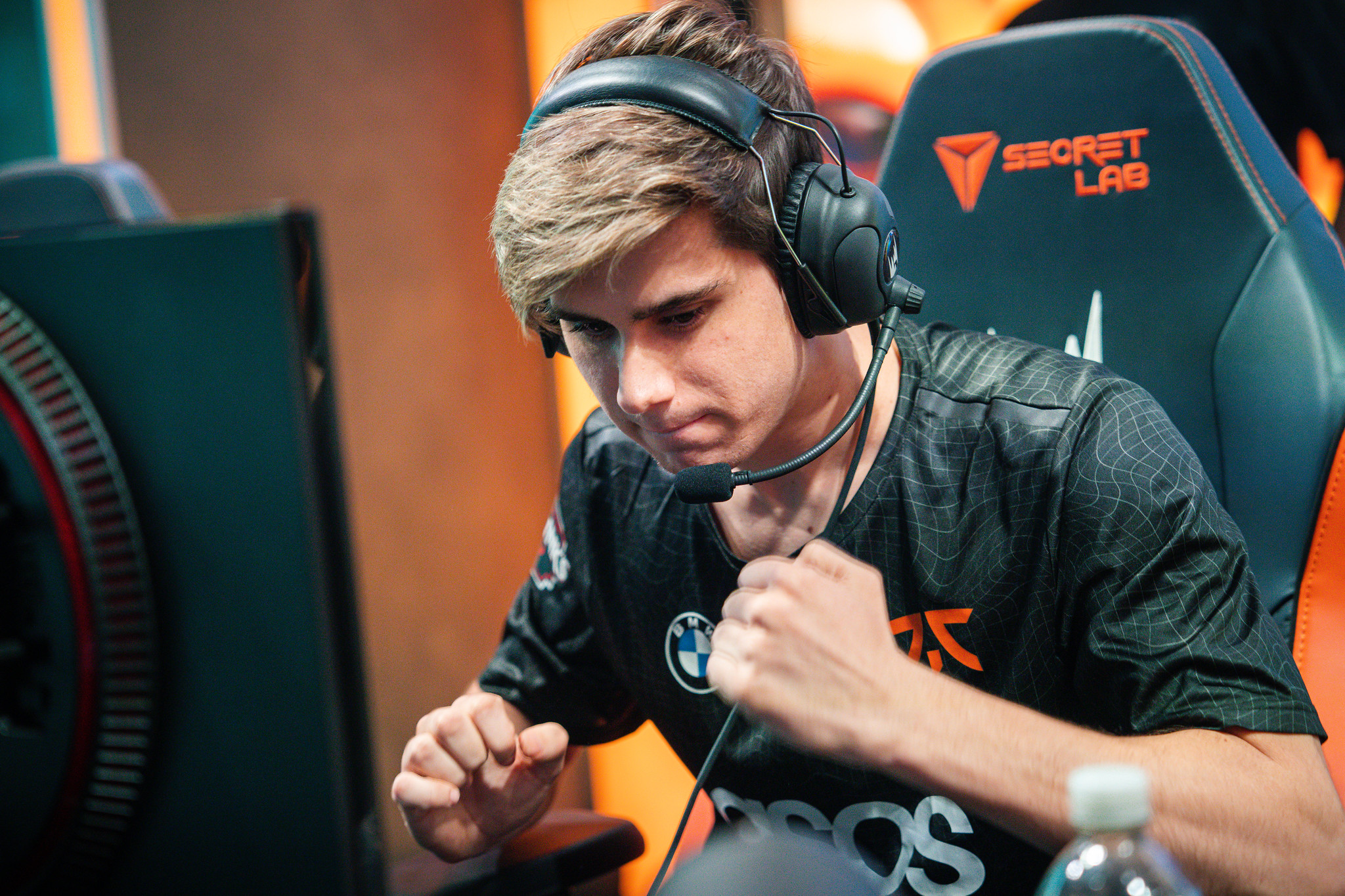 Fnatic and Misfits, the final teams in the LEC vying for a spot at the World Championship, finally met today in the lower bracket of the 2022 Summer Split layoffs—a loss marking the end of one team’s season. But for Misfits, a loss here wouldn’t just be the end of their season, but the end of their involvement in professional League of Legends.

In a three-game sweep, Fnatic are returning to their tenth Worlds after taking down Misfits, who maintained their determination to keep fighting until the very end. Misfits previously announced that it will be selling its 2023 LEC Spring Split spot to Team Heretics, meaning the organization has officially concluded its League endeavors following this series.

Fnatic’s early lead in game one began with a surprise push past Misfits’ first bot lane tower, placing large amounts of gold in the hands of Upset’s Kalista. This forced Misfits to look for picks on the opposite side of the map, where Wunder was alone under his tower attempting to deal with a large wave—ultimately failing to get past the champion’s innate tankiness.

Fnatic appeared to overestimate the extent of their lead in a prolonged late-game teamfight where nearly every player had the opportunity to respawn and rejoin the ongoing fight. Though Misfits had used this fight to earn themselves a handful of kills, the lead of Fnatic was too much to contest, giving the game over to their opponents.

Misfits changed their style almost entirely for game two, complete with a Soraka in the hands of Mersa—a champion that he had not played once in his professional career, according to Oracle’s Elixir.

This surprise support pick for Misfits proved to be a major unexpected hurdle for Fnatic to overcome. Multiple fights that should have gone in the favor of Fnatic were changed solely by the healing from Mersa’s Soraka. Yet once more, Fnatic prevailed through their teamfighting after Neon unintentionally brought a Sivir W into Mersa, sending Misfits’ support back to base and bringing Fnatic to match point.

Starting with game three, a single loss for Misfits would mark the last time that the organization would compete in professional League. This precarious position forced the team to play the most aggressive that they’d been in the whole series, knowing that if Fnatic secured an early lead once more, it would be difficult for them to fight back.

Multiple overextensions from Mersa made it difficult for the remainder of Misfits to capitalize, giving Fnatic more than enough space to regroup and capitalize on the remaining opposition. Razork’s Trundle continued to stop individual members of Misfits from escaping, instead being met by a thunderous barrage from Upset’s Zeri.

One Baron was all Fnatic needed to force Misfits into complete desperation. Individual members of Misfits threw themselves into their opponents in an attempt to slow their lead, but to no avail. Within 25 minutes, Fnatic successfully secured their Worlds spot and will continue their lower bracket run in the Summer Split playoffs, sweeping through Misfits in their final League series.

Fnatic join MAD Lions, G2 Esports, and Rogue as the LEC’s representatives at Worlds, which is set to begin on Sept. 29 in Mexico City, Mexico. This will be the debut of Fnatic’s jungler, Razork, the MVP of the series with a combined KDA of  7/8/33, on the Worlds stage. But first, Fnatic have the opportunity to contest the title of LEC champions in the Summer Split playoffs, next facing off against MAD Lions to reach the finals in Malmö.

Since Misfits has already sold its 2023 LEC Spring Split spot to Team Heretics, it’s unclear where the players on the current roster will end up next year.