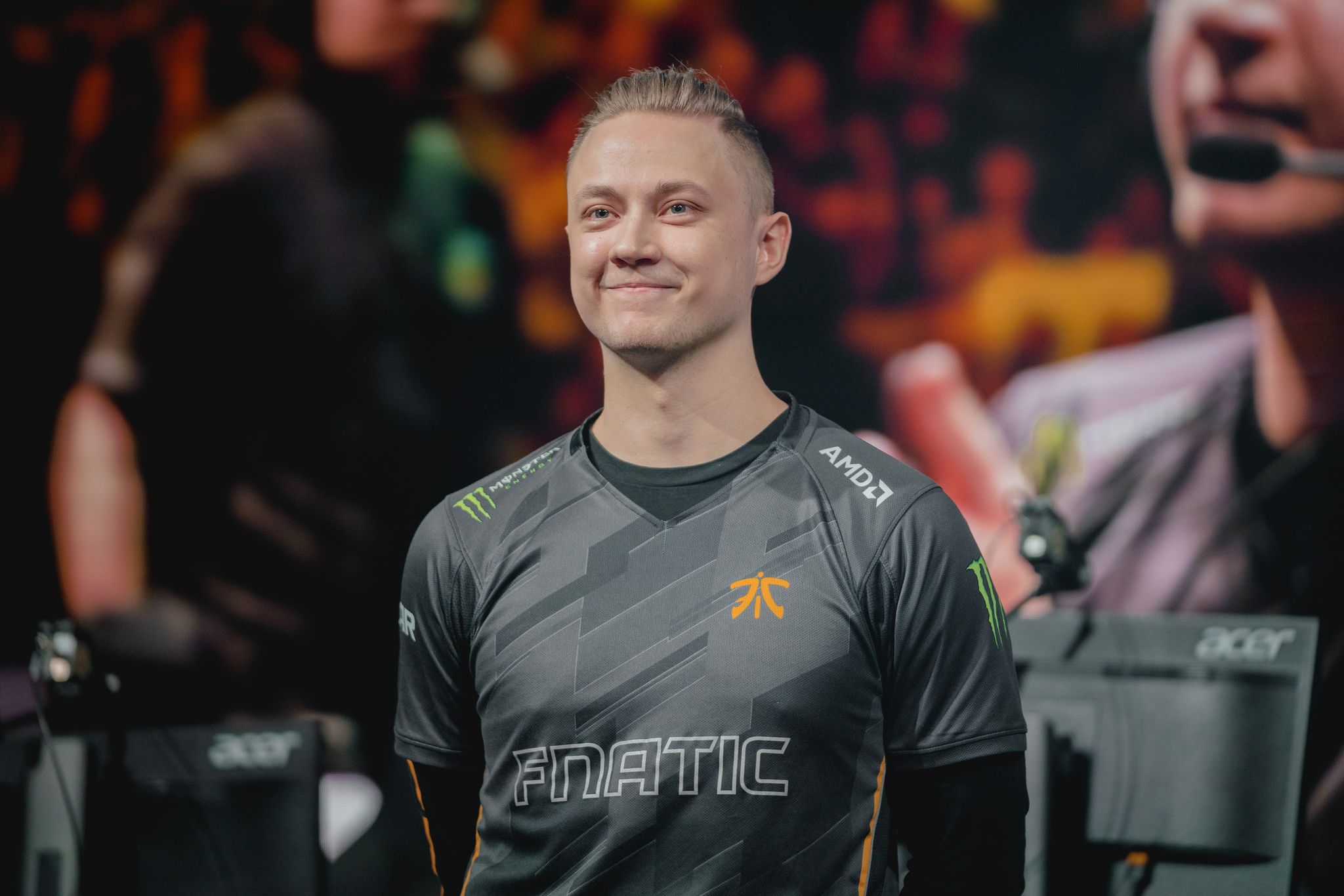 Fnatic is on a quest to match G2 Esports’ 2017 League of Legends Mid-Season Invitational performance by at least making it into the finals—but they’re off to a rocky start.

After dropping two games in a row on the opening day of the group stage to Flash Wolves and Royal Never Give Up, they’re going to be fighting at an extreme disadvantage to qualify for the knockout stage at all. The knockout stage only accepts the four best teams from groups, so every single game carries a lot of weight.

There’s still hope for Fnatic’s fans, though. In both of the games they’ve played so far they still put up strong performances, and only lost each game due to small errors made at the end of each match. Assuming they can smooth out those edges throughout the next games, they’ll be in a much better position to win.

If anyone can come back from an 0-2 deficit, it’s Fnatic. They did it at Worlds in 2017 to miraculously qualify for the knockout stage, and they could always do it again. It’s more exciting that way, right?

Caps is on fire

One of the biggest concerns surrounding Fnatic’s MSI hopes was the fact that the team relies almost solely on ADC Martin “Rekkles” Larsson to carry games. To that end, Fnatic typically focuses almost all of their pregame and in-game resources on getting him fed. For both of Fnatic’s games so far, however, the spotlight has been on mid laner Rasmus “Caps” Winther, who has been absolutely crushing it.

For the first game against RNG he blind-picked Yasuo, which seems like a troll move until you actually see him play with it. His dominance put all Yasuo one-tricks in solo queue to shame, and he became Fnatic’s only win condition as the game extended. Unfortunately, after Fnatic was able to shut down RNG’s Baron power play almost immediately, they attempted the patented Fnatic death brush.

RNG shut it down instantly, and then pushed to end the game.

The second game went almost as well for Caps on one of his favorite pocket picks, Zoe. Fnatic’s team comp was devoid of tools to skip through the beefy frontline of Flash Wolves, but Caps made it work. He bobbed, weaved, and warped his way around the shield wall that Flash Wolves had erected to pick off several carries in the back.

Unfortunately little mistakes were again the team’s downfall, including but not limited to item build errors and positioning mishaps. Rekkles, the team’s usual superstar, hasn’t necessarily been playing badly. But Zdravets “Hylissang” Iliev Galabov and Gabriël “Bwipo” Rauthe, team’s support and top laner respectively, have been a little off the mark.

As many players know, marksmen require extraordinary amounts of peeling and resource focus to rightfully carry games. These players have been either caught out the most or have made the most small errors, such as missed skillshots, which really add up to hamstring Rekkles.

There were many small, seemingly insignificant errors that need to be improved upon before Fnatic can truly say they have a chance to make finals.

Against RNG, all of the issues revolved around map management. RNG is favored to either win the whole tournament or at least put up a fight against the LCK’s KINGZONE DragonX in the finals. Fans and analysts alike expected it to be a rough match-up. The thing is though, Fnatic could have easily won if they hadn’t given up so much ground early on.

Specifically, we’re talking about RNG’s freedom to waltz into Fnatic’s jungle to place deep wards early on when they shouldn’t have had any right to do so. Fnatic did an excellent job preparing for the game, which was made apparent when they proactively rotated to set up a 1-3-1 strategy in mid-game—a very popular strategy in the LPL. If they had been totally prepared, however, they would have predicted RNG’s warding pattern.

Before jungler Mads “Broxah” Brock-Pedersen’s Trundle was able to pull off even one gank in the bot lane to help Rekkles, RNG mid laner Li “Xiaohu” Yuan-Hao dropped a ward over the wall of Broxah’s red buff. This, paired up with the ward behind the dragon pit which was already placed by RNG support Shi “Ming” Sen-Ming, tied Broxah’s hands. There was nothing he could do.

RNG jungler Liu “Mlxg” Shi-Yu also had a red ward on Broxah’s blue buff, denying him a valuable resource. All of that happened within the same couple of minutes. Although Fnatic would be able to find a victory here and there later to claw back, these early losses made them work much harder for it.

The same could be said about their match against Flash Wolves, which was full of different small mistakes. Firstly, no one on Fnatic decided to purchase an item with the Grievous Wounds debuff, which cuts all healing on the target it applies to. Flash Wolves’ comp consisted of Trundle, Vladimir, and Soraka. That’s a ton of healing, and a single Grievous Wounds item, be it Mortal Reminder, Morellonomicon, or Bramble Vest, would have gone a long way.

Not only that, but substitute top laner Bwipo was caught completely off guard on several occasions when late-game rolled around. That was when Fnatic needed him the most to match the diving Vladimir. If they can iron out these small issues that simply stacked up too much, Fnatic has a real shot, because they were able to find little victories throughout both games despite being behind. If anyone can do it, after all, it’s Fnatic.

Fnatic hits the stage again tomorrow at 4am CT, where they kick things off against the tourney favorites—KINGZONE DragonX.