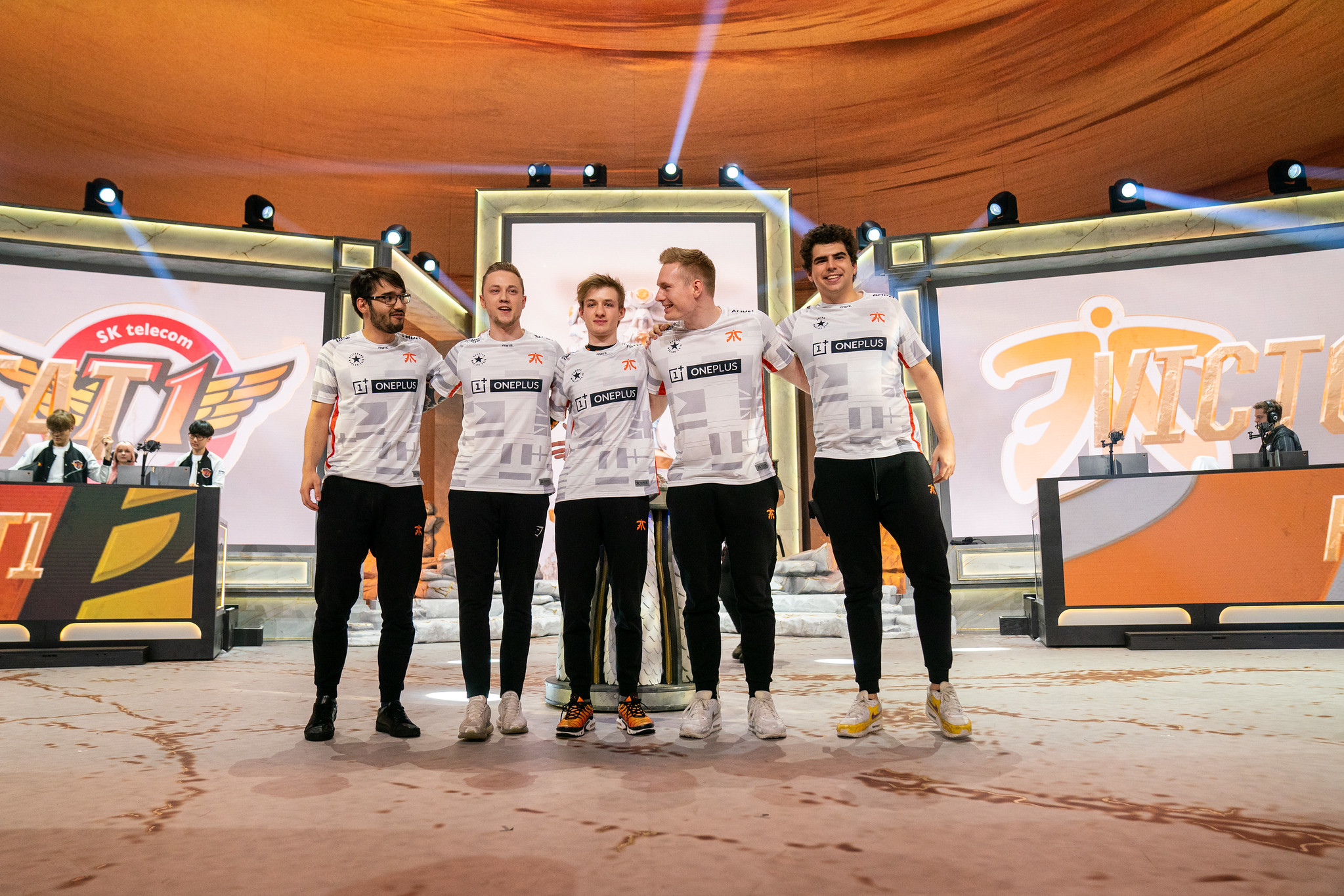 It has been a roller coaster of events for the LEC and its fans, but after a hard-fought day of games, they can celebrate. Fnatic have qualified for the League of Legends World Championship knockout stage after taking down China’s Royal Never Give Up on the second-to-last day of groups.

With this win, all three European representatives have made it to the quarterfinals for the first time in Worlds history. Splyce were able to qualify through Group B by finishing in second place, while G2 Esports tied Griffin for first in group A.

On the other hand, RNG will miss the knockout stage of Worlds for the first time in the team’s history. It all came down to their match against Fnatic, where the LEC second seed controlled the pace of the game early with some great roaming plays across the map.

Whether it was Zdravets “Hylissang” Iliev Galabov on his signature Pyke pick, or Tim “Nemesis” Lipovšek on his powerful comfort picks, this was the Fnatic that most people got used to watching during the regular season and playoffs.

Many EU fans were actually pretty worried after the first week of groups—Fnatic started off the group stage in extremely slow fashion with lopsided losses to both RNG and SKT Telecom T1. This week, however, Fnatic turned up the heat and got back into form just in time. They secured emphatic wins against all three teams in the group, keeping their dreams alive for now.

European teams have shown that they have the ability to battle in upper echelons of the League world, among the powerhouse regions like Korea and China. Now, they must prepare themselves for the best-of-five portion of the tournament, which is where the good teams are separated from the great teams.