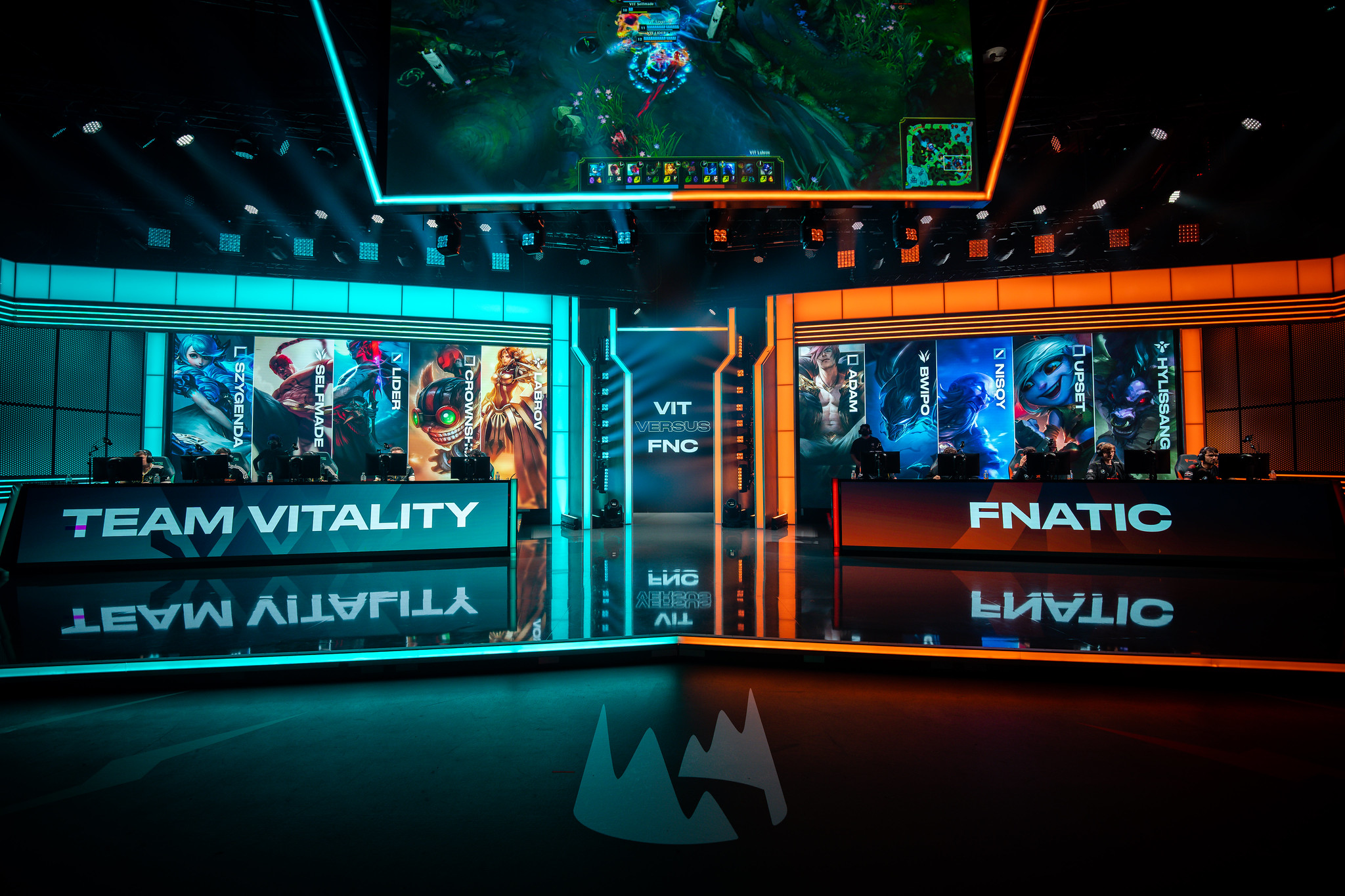 In 2021, both Fnatic and Team Vitality came into the LEC Spring Split with a ton of uncertainty around their rosters and how well they’d perform. By the time the postseason rolled around, those fears were realized when Vitality finished in last place with a 5-13 record and Fnatic suffered an early knockout from the playoff race at the hands of Schalke 04.

Because of these disappointments, both League of Legends teams made huge leaps of faith before the start of the 2021 Summer Split. They made a plethora of changes to their rosters that seemed like “go big or go home” moves that could make or break their year, and this weekend, the line will be crossed by only one of these organizations.

There is no more room for mistakes. Whoever wins this series will continue to work towards the ultimate goal of an LEC championship, while the other team will have a long offseason to ponder what they could have done differently to achieve a better outcome. But which team has a better chance at making the run up the mountain?

When Fnatic announced Bwipo was switching roles to jungle, the decision was met with a collection of different reactions—from shock to disappointment and everywhere in between. This wasn’t the first time a pro player role-swapped, but with everything that had happened to the organization over the past two years, it felt like a last-breath attempt at finding a light at the end of the tunnel.

The team hasn’t touched the LEC championship since 2018. Since then, they’ve gone through plenty of different eras with their own set of issues that would plague them on and off Summoner’s Rift. Players have come and gone, but one of the two familiar faces that remained was Bwipo, who has become one of the leaders of a team desperate for success.

After the first few weeks of the summer, however, it was clear something clicked within the orange and black armor of the Fnatic war machine. Bwipo looked more comfortable than we’ve seen him in a long while, since he was in a role that allowed him to stay active and make differences across the entire map, instead of being stuck up on the island known as top lane.

During the season, Bwipo had the highest average damage to champions per minute among LEC top laners, and he also had the most assists of anyone in his role, according to Oracle’s Elixir. He might have died a lot, but he also made a huge difference with his aggression and willingness to make plays. Adam also had an impressive LEC debut, leading all European top laners with 62 kills through 18 games. You can see how confident he and the rest of his team is when taking the stage.

Fnatic’s early game has been dominant as well. They have the second highest average gold difference at 15 minutes in the LEC. They also have the highest average combined kills per minute of any team in the league, which means this roster has had the bloodiest games of the summer so far. This, however, can also act as a double-edged sword, since they can easily get overzealous with their plays, causing them to bite off more than they can chew. These losses have come a lot more frequently near the end of the split but are usually avoidable through smarter, more precise teamplay in the later stages of the game.

Consistency is so important for this roster, since it’s clear their ceiling is equally as high as their floor is low. It’s time for them to ensure the ceiling is the only thing they look at this postseason, while they avoid looking down into the abyss they seem to teeter over every time they get in-game.

Speaking of consistency, Team Vitality has struggled with consistency for the entire split, especially in the latter half of the summer. It makes sense the team has performed like a glass cannon since they revamped the roster with some of the most explosive players in the league—both in personality and playstyle.

This split, they finished the regular season as the only playoff-bound team with a team KDA under one, while also maintaining the second-highest combined kills per minute in the league, according to Oracle’s Elixir. They aren’t scared to fight, but like Fnatic, they need to be able to reel themselves in to find some semblance of stability.

Out of the final five weeks of the season, they finished three of them with a 0-2 record. They did finish the superweek with three straight wins, but two of those matches were played against two of the weaker teams in the region. It also doesn’t help that the team recently swapped out top laners, with Szygenda struggling to find a significant effect on his team’s games, even in victories. As a result, the team’s more veteran stars will have to step up in a big way. Selfmade and LIDER will be the duo to watch, since it seems that whenever Vitality wins, its because these two were able to execute their plans.

In fact, this is a story of redemption for Selfmade, who will be trying to knock out his old team out of contention for the World Championship. It would be an incredible road for the 21-year-old star, who went through rocky times with Fnatic and failed to capture a trophy throughout the one and half years he had there. He now has a chance to rise above his replacement and lead his squad to the next round.

Even though the series is being played from their respective offices due to Adam testing positive for COVID-19, you can bet the pressure is still just as palpable for both these organizations. They both took massive risks to get to where they are today, but the path can only fit one of them moving forward.

Catch all the action when Fnatic and Vitality clash on Sunday, Aug. 15.