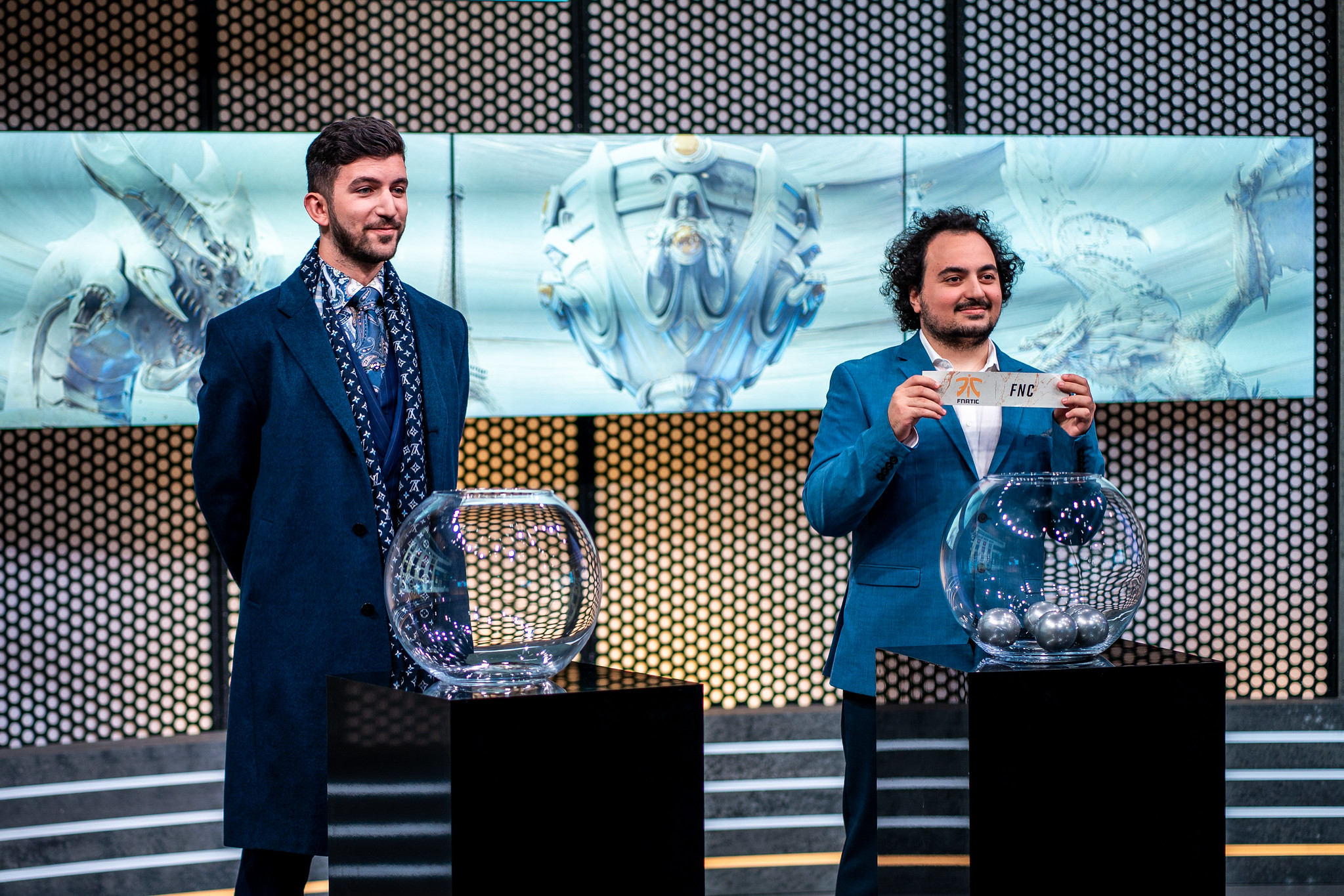 Europe might be sending two of its best teams to the 2019 League of Legends World Championship, but both Fnatic and G2 Esports have their work cut out for them during the tournament’s group stage. The region’s top seeds reacted to getting some of the toughest teams in their group today, with each player trying to keep things light as the teams were announced.

When Griffin were picked to join Group A alongside G2, the first thing you heard from the roster was laughter and a party horn from jungler Marcin “Jankos” Jankowski. In fact, for a majority of the group draw show, G2’s players were laughing and taking bets on who was going to get drawn next.

It was fitting for a team that love to have fun while playing on the Rift, even though head coach Fabian “GrabbZ” Lohmann did look a bit more serious than his players throughout the video. Top laner Martin “Wunder” Hansen jokingly said that he wanted to face Invictus Gaming instead of Cloud9—even though they’re all probably happy that Cloud9 got drawn into their group instead of Invictus or Royal Never Give Up.

Fnatic’s reaction to the group draw was a bit similar, although the roster was a bit more serious when they were put into a group with SK Telecom T1 and RNG. This group is considered by many fans and analysts as this year’s Group of Death because all three teams are in incredible form.

“Oh my god, Nemesis vs. Faker,” top laner Gabriël “Bwipo” Rau said with a laugh. “I know at least one player who is shaking in his boots—and it’s not Nemesis.”

The team went a bit quiet when RNG were picked into their group, with Bwipo finally saying that the group “is a banger.” They also realized that Clutch Gaming could get drawn into their group if they get through the Worlds play-in stage, which could make for one of the toughest groups of the tournament.

Regardless, this might be the best year for Europe to try to capture the Summoner’s Cup. G2 and Fnatic both look like two of the best teams at the tournament and a ton of pressure is on their shoulders as a result. It’d be unacceptable for either of these teams to bow out of Worlds in the group stage, so expect each of them to prepare heavily this October.