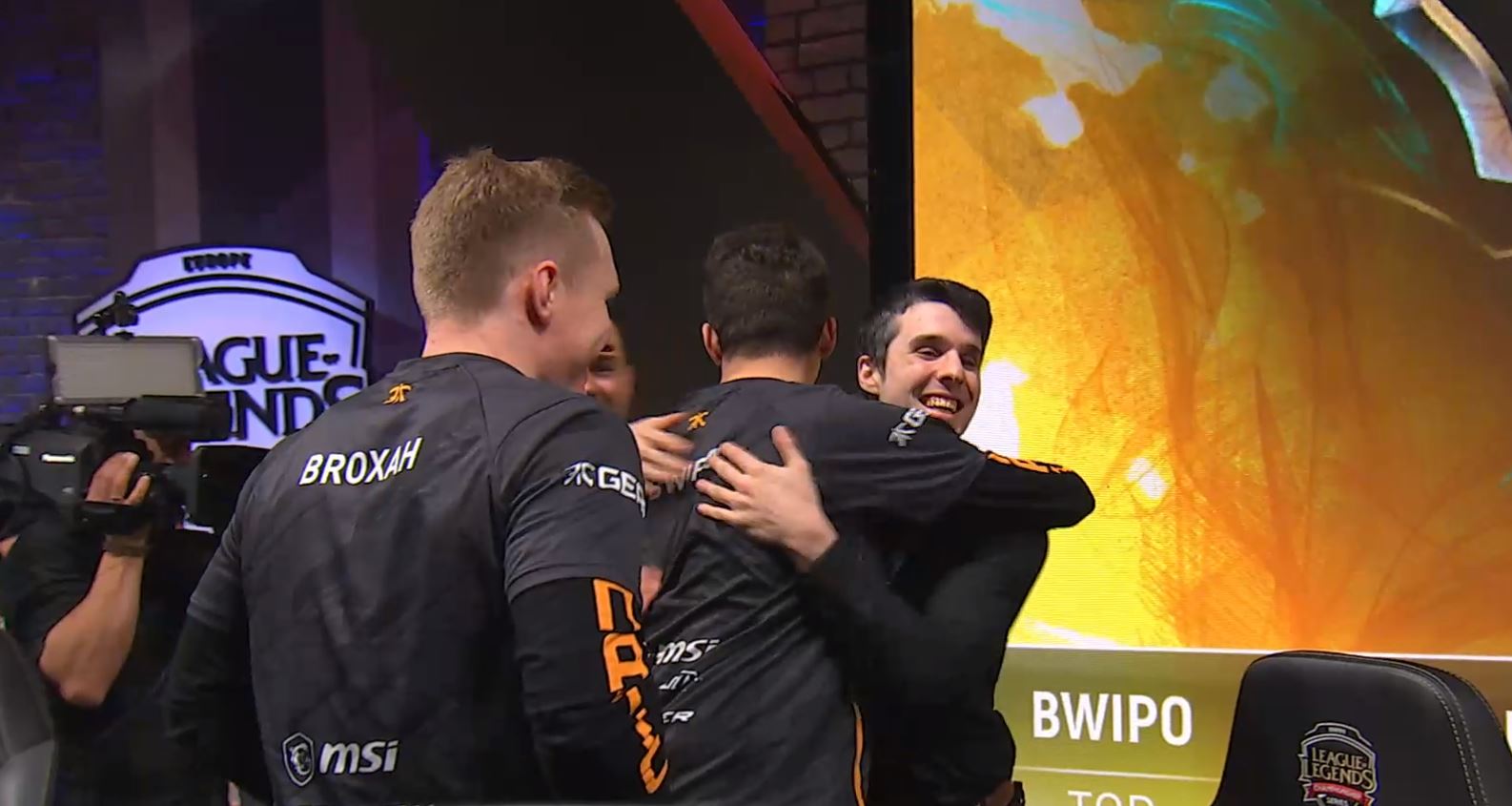 Fnatic showed why they were the big favorites heading into today’s semifinal matchup against the rookie-stacked Team Vitality with a crushing 3-1 victory.

Vitality put up a strong fight with an early lead in game two and by demolishing Fnatic in game three. But ultimately, Fnatic were simply too experienced and confident, and Vitality couldn’t keep up.

For most of the series, Vitality struggled to find their win conditions. Throughout the regular season, they were typically early-game dominators who relied on snowballing through aggressive early plays to close out games. When it came time for Barons and late-game teamfights, though, usually Vitality fell short. Today, however, their early game mostly fell short.

In game one, Fnatic burst out of the gates with extremely forward plays around the mid lane, completely shutting out Daniele “Jiizuke” di Mauro before he could get the chance to carry like he had so many times before. Game two was better for Vitality, as they found a small lead after a very bloody early game. But they couldn’t snowball it into a large enough lead, and Fnatic crushed them in the end.

Game three was their shining glory, but, ironically, they didn’t win through a superior early game as they’re known for. Instead, they outmatched and out-rotated Fnatic around a Baron, and made a big power play after securing the objective to eventually take a game away from the favorites.

Fnatic is a veteran-loaded roster, however, and they have loads of experience playing in long series. They fought the momentum that Vitality had built against them and entered the fourth game with cool heads, where they ran Vitality off the map and locked in an appearance in the finals next week.

The EU LCS Finals kick off with Fnatic against G2 Esports next Sunday, April 8 at 9:30am CT.