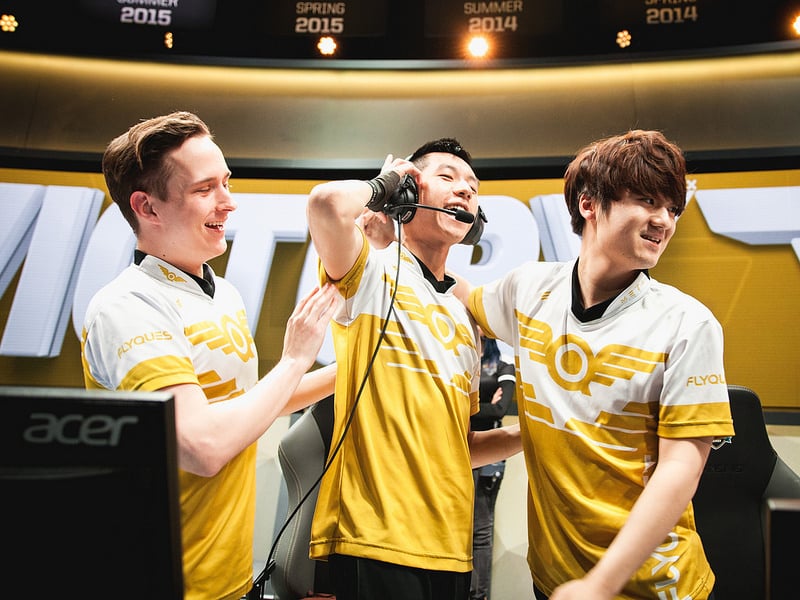 Moving into the second quarterfinal match of the 2017 NA LCS spring playoffs, CLG was widely expected to sweep FlyQuest. These teams were in two completely different trajectories heading into the playoffs. While CLG looked better than ever, FlyQuest almost dropped out of playoff contention altogether.

And the series started exactly as predicted: CLG went up two games.

Game one saw a fantastic showing from CLG’s mid laner, Choi “Huhi” Jae-hyun. On his signature champion Aurelion Sol, Huhi made quick work out of FlyQuest. Roaming all across the map with Comet of Legend, Huhi not only created a gold lead for himself but for his team. Hai “Hai” Du Lam was powerless to stop Huhi’s early roams as Orianna.

Promptly banning Aurelion Sol after their game one loss, FlyQuest drafted an AP heavy team composition featuring Rumble, Orianna, and Kennen. CLG noticed this AP heavy composition by FlyQuest, and drafted one of the game’s oldest tanks, Dr. Mundo. With no one on FlyQuest able to build a mortal reminder, the item keeping the purple giant from viability, CLG could safely pick Dr. Mundo.

At this point everyone expected this series to be over. It’d be extremely difficult for any team to pull of a reverse sweep in this situation.

Luckily for FlyQuest, their mid laner was the king of reverse sweeps.

Moon beautifully snowballed his lead on Rengar in both games, tearing apart CLG in various skirmishes. CLG did their best to withstand FlyQuest’s countless engages, but as Dragons and Barons began to stack, this became much more difficult.

With Rengar banned in the final game of this best of five, Moon resorted to his trusty Evelynn pocket pick to carry him to victory.

A more even game than the previous four, FlyQuest and CLG were almost dead-even in gold during the mid game.

The denoument of this game and the series as a whole came at the 36-minute mark. An attempt at the Elder Drake by FlyQuest forced CLG to engage. During this messy teamfight Moon was able to out-smite Xmithie, granting his teammate the Elder Drake and subsequently, the game.

After this reverse sweep, FlyQuest now need to prepare against Team SoloMid. Due to dynamic seeding FlyQuest will have to play against the league’s No. 1 seed next week in the semi finals.