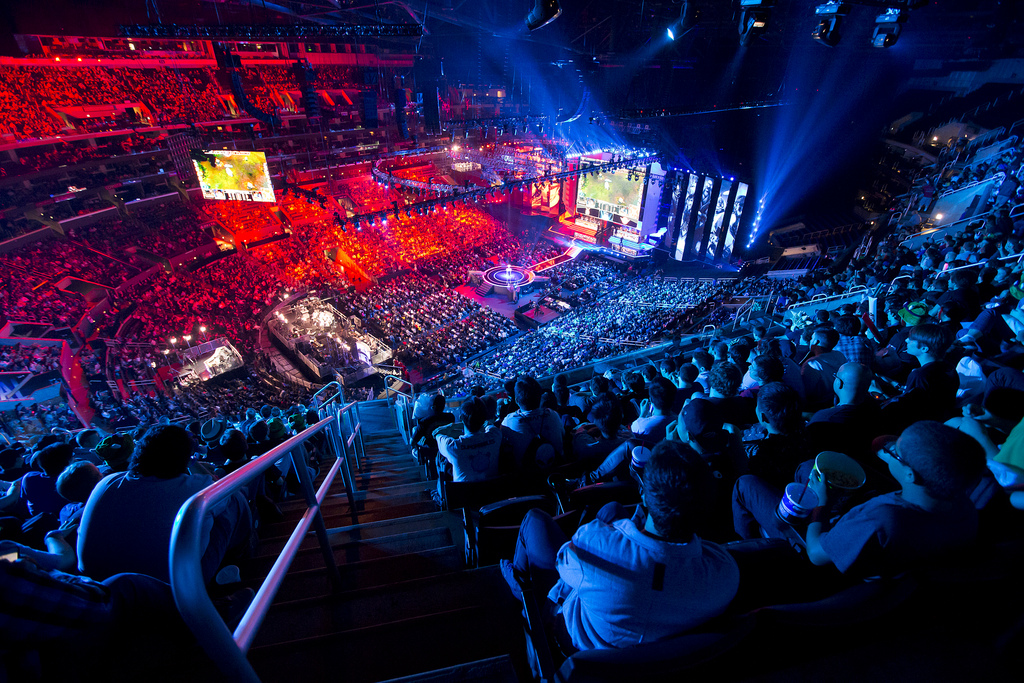 A mishmash of teams came to Katowice, Poland, looking to claim the IEM League of Legends World Championships. Top teams from Europe and Taiwan combined with cellar-dwellers from the LCK made for an interesting look at regional strength and depth. It was extremely hard to pick a favorite going into the tournament.

After a long day of competition, the two top seeds proved worthy of their seedings as G2 Esports and Flash Wolves made the final. Once there, Flash Wolves showed that, outside the comfy and non-challenging confines of the LMS, they can still beat Europe’s best, on European soil.

Both G2 and Flash Wolves had to overcome some international heartbreak before facing off in the final. And true to form, both took a somewhat scenic route through the bracket stage to get there.

A bumpy road to the Final

The narrative of the first semifinal between G2 and the LCK’s ROX Tigers wasn’t even about the players. Instead, interminable technical difficulties led to an hours-long pause and series that dragged out seven hours in total.

G2, the team most affected by the issues, was lost in game one. Jungler Kim “Trick” Gang-yun, winner of two straight European MVPs, looked like a shell of himself. All five G2 members can be blamed for past failings in international events, but it’s often Trick and mid laner Luka “Perkz” Perković who bear most of the blame.

So it was surprising when G2 went all-in on these two players in the game two draft, grabbing Rengar for Trick and Ahri for Perkz. The two made good on the assassins, jumping on ROX members for kill after kill. But ROX banned Rengar in game three, putting Trick on the more supportive Ivern. Meanwhile, ROX jungler Yoon “Seonghwan” Seong-hwan was a beast on Kha’zix and it looked like the Tigers would close out the match.

Then in a stunning series of events, ROX mid laner Sun “Mickey” Yong-min threw the game. He used Azir’s ult to push G2 out of the Baron pit after G2 took the objective, saving his opponents lives at the expense of his own. An over-stay in the top lane saw Mickey get jumped on by Trick and erased by Perkz. A creative flank at the Baron pit finally gave G2 the decisive teamfight and series win.

Flash Wolves’ series win over H2K was more tame by comparison, but that didn’t mean they didn’t face challenges. They lost the first game as H2K played an extremely safe, passive style. It was surprising to watch H2K—known for an aggressive lane phase followed by mid game throws—draft a scaling composition and play so patiently. They took objective after objective without relying on kills.

Seeing an entirely different H2K than anybody could have expected, Flash Wolves increased their pace in games two and three. Their superb combo of jungler Hung “Karsa” Hau-Hsuan and Huang “Maple” Yi-tang dominated the early phases of both games. And as a team, Flash Wolves maintained total vision control (and denial), a consistent strength of theirs.

In the final, Flash Wolves would prove that their dominance over Europe is complete.

G2 is known for superior macro play compared with H2K. It wouldn’t save them in the final, as Flash Wolves again dominated the battle for vision. It’s not that G2 didn’t have vision, in fact, they had a lead for much of the early game by ganking the top lane.

But Flash Wolves’ vision was more effective as they played around their wards better than G2 did. Karsa and support Hu “SwordArt” Shuo-Jie worked around mid lane to establish vision around Flash Wolves’ next moves. Their goal was not just to spot out G2, but to be proactive on the map. Maple was superb, basically un-killable on Ryze and a constant issue in the side lanes. Even when G2 tried to catch Flash Wolves off-guard with teleport plays and Tahm Kench ults, Flash Wolves would collapse faster (G2’s lack of hard initiation didn’t help).

There would be no G2 comeback this time. Flash Wolves continued to strangle the map in game two, a relatively clean affair where G2 couldn’t find any inroads to make plays. Flash Wolves looked like they were playing with map hacks as they cleared ward after ward laid by G2. They calmly took a big gold lead and rode it all the way to victory.

After so many years dominating the LMS with little show in international play, Flash Wolves is finally on top. The tournament field wasn’t the greatest, but they dominated some quality teams, including Europe’s finest. For Karsa and Maple especially, this must be a sweet moment, to finally have a team that works around their talents.

We should see Flash Wolves again in international tournaments this year. With some confidence and momentum, they could be even more dangerous.