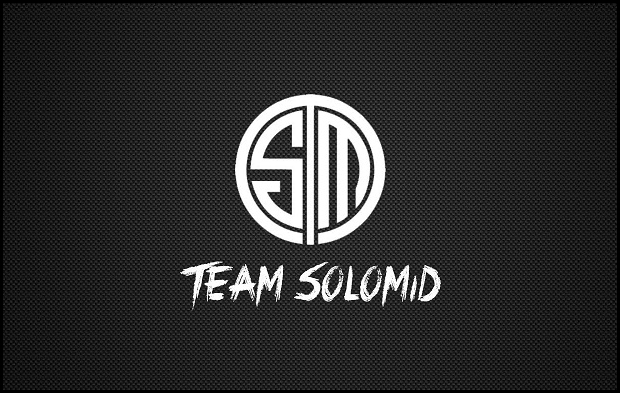 If you’re like me, you probably would have found the World Championships disappointing. In fact, you probably would be disillusioned with most of the second half of competitive League of Legends in 2015. But, I’m going to break out of my pattern of cynicism today, and I invite you to join me. After all, the genius of Monty Python said it best; “always look on the bright side of life!”

Now that we find ourselves in December, the season has come and gone and 2016 looms large over us, but it’s hard to determine if its presence is relieving or intimidating. The last couple of months haven’t exactly been good for League of Legends, and with the new season changes looking like they’ll reduce the depth of strategy we see in games, there’s understandable apprehension from the majority of the competitive scene as we anxiously lay in wait to witness the next barrage of patch changes.

However, now isn’t quite the time to panic! It’s important to keep in mind that Riot Games have over a month until competitive League of Legends kicks off again, and not everything we’ve heard has been bad. There are some extraordinarily exciting and ground-breaking events set to take place next year.

With that in mind, let’s look over five exciting and positive changes that come hand in hand with the new season.

The Evolution of North America and Team SoloMid

North America has had, and continues to have, a massive influx of money. Not only this, but some of the teams are actually building legitimately good rosters. So good, in fact, that they border on being called super teams. There are currently teams with substantially more saturated talent already in the current pre-season, than there was throughout the entirety of this year, particularly Team SoloMid (TSM). Love them or hate them, TSM carry the flag for North America at a lot of international events. In some ways, it might not be too farfetched to say that a strong TSM equals a strong North America.

It has to be said, doesn’t it? This year was atrocious. North America was a joke that, at times, could easily be confused for a wildcard region. So, it goes without saying that what we’ve witnessed TSM build is something extremely exciting. And they’re not the only ones — other teams have improved their roster substantially too, but so dramatic is the improvement to TSM’s roster that it feels like they’re leading whatever charge North America has to offer next year, and that is certainly something to look forward to.

It’s worth mentioning that TSM also managed to snag one of, if not the single greatest western player ever in Bora “YellOwStaR” Kim, to help lead the team. Such an influential personality seems necessary to control the talented and vocal line-up, and he would have to be about the only one that could pull it off.

Additionally, as you’ll read below, the likely format changes that are about to grace the League Championship Series (LCS) will aid the west greatly, which will promote a more competitive and exciting international scene. Such is the hope.

Death of the Best-of-One Format

Change is coming to the west. If you haven’t heard, the LCS is abandoning its infamous best-of-one format in 2016. Sure, it won’t happen right away, but this is something the community has wanted for a long time, and it’s finally here. It wasn’t just the community either, an overwhelming number of professional players professed the need for a change of format in the upcoming season, observing the best-of-one format as inefficient.

This change brings all of the major regions up to par in terms of format. Equal chance in terms of competition is an exciting prospect considering how impressive Europe was this year, and the teams that North America has on paper for 2016. Conversely, it also removes one of the greatest crutches and excuses professional teams in the west have employed when questions of their performance arose.

Without a doubt, this change has been a long time coming and the way it came about was impressive. Towards the end of the year we witnessed something special, with professional and community voices being united on the matter, intensifying the call for change. It doesn’t happen very often, but Riot Games listened.

So, more games to watch. A higher level of domestic and international play. More preparation time for the teams. An earlier season start date (of January 16). And last but not least, a more thorough process to achieve representation for your region — let’s face it, winning a best-of-one can sometimes be put down to luck, whereas winning a series is significantly more difficult.

Everything considered, there are very few and relatively menial negatives to come from this change, and though it may be a split away, this ought to be one of the most anticipated chances Riot Games has ever implemented.

From ESPN to Breitbart, more traditional media and sporting outlets are looking to cover the rapidly expanding esports scene. Given the public and rather vocal negative perception of the industry only a couple of years ago, the change is rather drastic. To be fair, some of this is likely just brute strength in numbers. In other words, the industry has reached a point where it’s a net loss to ignore it. Esports is demanding attention, whether people like it or not.

What does this mean? Well, we’re going big time. Next year is undoubtedly going to be the biggest year of esports in the west, ever. We’ve seen incredible steps forward this year, and with the announcement that ESPN have found their new editor, the trend seems to be continuing. As the scene continues to grow, so will acceptance.

League of Legends as the most prominent spectator esport will benefit substantially from these improvements, as it will create a higher standard of quality through competition, more jobs, more fans, and more stability in the crazy universe that is esports.

Although the constantly expanding coverage of esports is a good thing in many aforementioned categories as it helps the industry grow — the rapid growth of esports in the public domain could be seen as a negative in the sense that companies will be called out on their questionable behaviour to a much harsher degree (the Kori incident, for example), and held to a higher standard. To that end, esports may also quickly garner a negative reputation based on the issues we’ve previously faced if left unchecked. Are these really bad things, though?

We’re still not there yet mind you, but we’ve come leaps and bounds and next year might be the year. It’s definitely something to look forward to.

China quite frankly hit rock bottom towards the end of 2015. They were being touted as the best region overall in the world, and even though most analysts thought SK Telecom T1 were the best team in the world, they had reason to believe that the Chinese representatives, with their play style and mechanical ability at the peak of their powers, were a very real chance if not favourites to win the World Championship for the first time.

That did not happen.

The teams that ultimately represented China suffered what we can quite simply call an embarrassment as essentially all three of them were dismantled. The region was labelled a joke and the thought of arrogance and ego that came with the richest and most talented teams in the world was, seemingly, tamed.

Going forward into next season, a more modest, determined and dare I say it, a focused China will shake the international scene. The competition may have seemed non-existent this year and resulted in a disappointing climax to the season, but consider it a lesson most valuable for China. There’s no doubt in my mind that we will encounter a resurgence in 2016 unlike any we have seen before in esports.

We can all look forward to a season where the phrase ‘competitive integrity’ might actually mean something. Seriously. This year, we’ve had poorly timed suspensions, teams being unable to hear each other because of the crowd, the League Challenger Series semi-finals being played online resulting in DDOS attacks, and of course the big one: over patching in order to artificially create a meta for worlds, which resulted in, competitively, the worst World Championships we’ve seen relative to its time period.

That isn’t everything, but again we’re trying to be positive. The hope here, and something to look forward to, is Riot Games learning from the mistakes they’ve made over the course of this year and hopefully applying their experience more productively in the coming season, in order to better maintain the aforementioned ‘competitive integrity’ that at times, has seemed lost.

Sure, when talking about the company behind League of Legends it feels incredibly naïve to say; ‘I hope the company that has ignored common sense and years of experience from successful organisations manages to learn from their mistakes,’ but I genuinely hope they do.

To be brutally honest, this year was a low point for Riot Games. However, since we’re being positive, we can look at it like this: because this year was so poor in that regard, there’s no way next year could be worse… right?

Written by Mitchell “Zeju” Smith. If you enjoyed this article, feel free to follow the author on Twitter.