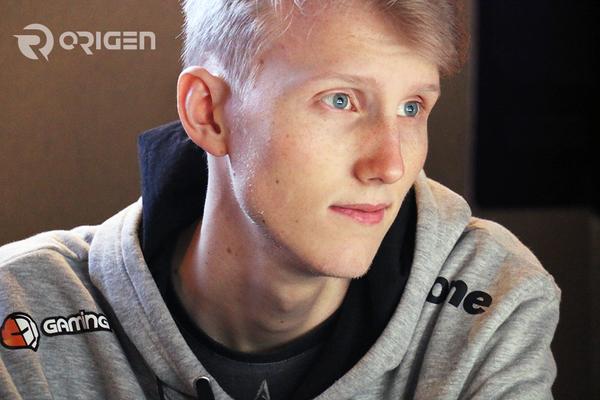 5. A NEW LEGEND WILL ARISE

Origen’s marksman Jesper “Niels” Svenningsen will be crowned, by the end of this Summer Split, the new king of Europe. Not only are his stats from the Challenger Series some of the most imposing and remarkable ones, but his in-game decisions and play style diversity (no, Forg1ven, he’s not Rekkles 2.0) are also more than enough to make him the new EU great hero. Alongside his (somewhat legendary) partners, all LCS veterans, and a fantastic supporting staff/infrastructure, this rookie will most likely go down in LCS history and become the best western response to the likes of Deft, Imp or Bang. Step aside, Rekkles, Forg1ven and even Freeze, for Zvanillan’s time to shine has arrived.

Here are some of his stats during the EU CS Spring Split:

The argument could be made that those are stats taken from a subpar league which was cleanly and uncontested won by his squad, therefore the impressive KDA and overall numbers. But on the other hand it became quite clear throughout the tournament that he himself was one of the biggest reasons Origen had such a smooth split, with solid csing, teamfighting and exquisite performances on champions like Sivir and – at least what seems to be – his favorite pick, Corki. It is only a matter of time before fans start to see how much the Rekkles passive playstyle comparison is really not appropriate, as he has shown more than once his willingness to weigh in risky shenanigans and come out on top of them, even if that means paying the price of being shut down here and there.

4. XPEKE WILL BE PROVEN OBSOLETE

Whoever watched EU CS witnessed some of the most one-sided games there’s ever been. Xpeke’s new team was just too much for the amateur scene, as they seemed to be the perfect combination of mechanically strong laners and tons of LCS experience/in-game knowledge. But even then, names like Takefun were able to expose Peke’s weaknesses in the game. The same weaknesses that players like Froggen had already shown back in his Fnatic days, when we all thought those were just burnout symptoms.

No, Xpeke is not a bad player. He’s just not at the top anymore. Eventually Ryu, Fox and PowerOfEvil will make it clear.

It’s time for The Other Zed to join the table alongside his peers, the greatest midlaners of all times are waiting for him. An IEM is certainly not enough to consecrate a legend, but the European LCS title will put Ryu where he belongs. It certainly took him long enough, being such a huge talent and having played in so many great teams. But Ryu will wait no further. This is his split. And his team has proven to be worthy of such a great player. Of such a great story. Kasing and Odoamne are both the best in their respective roles, with Yellowstar and Huni being the only possible counterarguments – but it doesn’t matter. Ryu would carry Wicked and Nyph if he had to. This is a man who once danced with the Demon King and fell so hard everyone thought he was done. But he wasn’t.

Wait for him at Worlds, Faker.

2. UOL HYPE WILL FADE AWAY

And that’s good. For everyone. Now they can stop messing around and actually address the game in a more appropriate fashion. They were becoming a parody of themselves, always stuck with the obligation of new unconventional picks and cheesy strategies, and that just distracted them from the real and only objective: becoming good at the game and winning. Which is what they did during playoffs, and that’s what led them to an impressive second place. They are really good at this game, and seem to be always ahead on the Meta, so there’s no need to all that cheesing. Sometimes, the Orianna – Maokai – Sivir – Thresh is just the way to go. The problem was, they only had this one non-cheesy strategy on their book, so Fnatic could easily learn how to get around it throughout the series. With a less play-for-the-fans approach, they can go big and be a huge threat at Worlds. God only knows what they’d be able to achieve with a better AD carry.

Unless, of course, they decide to give up on the competition and become some sort of the League of Legends globetrotters – which would be a huge waste of talent and potential.

“How you have fallen from heaven, O morning star (…)”

No bold prediction could have foreseen this coming. Not a year ago, at least. Back then, Froggen was the king of Europe, the West only hope to defeat the Asians. He was Europe’s ultimate midlaner. Had this prediction been made by anyone a year ago, people would laugh and blatantly ignore it. But how you have fallen from heaven, Froggen…

Both your jungler and marksman are coming back from a sabbatical split. And your toplaner and support are basically LCS rookies. Do the math: Element’s fans are waiting for a miracle that won’t come. There’s no practical time to assimilate all these factors and digest them into a functional winning team. Not only that, but also… even if you imagine Tabzz and Dexter will play as good as they did at their peaks, can you really say they would better than… Reignover and Rekkles? Diamond and Forg1ven? Loulex and Hjärnan?

It will take long until Elements starts rolling again. And even then, they won’t be able to top the best teams in the league and will just suffice to beat the upcoming challengers and continue in LCS.