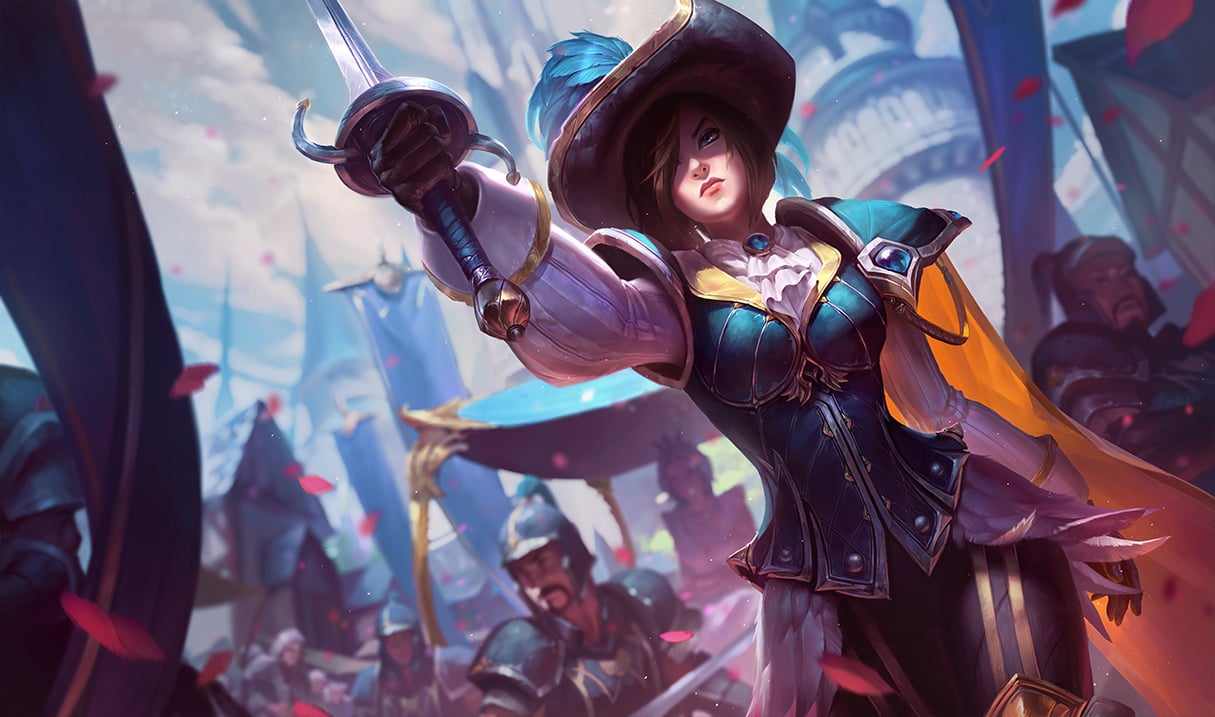 If you’re a top lane player that hasn’t hopped on the Fiora bandwagon yet, you may want to rethink your strategy. There’s no top lane champion in the game that’s as strong as she is right now.

Saying any champion is hands down the best at their role is a very difficult claim to back up, but the facts behind Fiora’s reign over her competition are hard to argue with. When you take a step back and look at the game as a whole, it becomes pretty clear that the planets have aligned perfectly for her. There hasn’t been a better time to pick her up as a go-to top lane choice.

Fiora walked into a bar. There was no counter

Get it? Because she has no counter pick? Unfortunately for her opposition, it’s true—there really isn’t a champion in the game that outright beats her playstyle in lane. You can’t choose Teemo, Kennen, or Jayce to hit her from range, because the low cooldown on her dash just allows her to get back in your face over and over again. You can’t pick a beefy tank to outlast her, because her passive deals true damage that scales off of your health. Don’t even think about picking another skirmisher, either. She’s called the Grand Duelist for a reason. Skirmishers are the duelists of League of Legends, and there’s no one better at a one-on-one fight than she is. Her damage and newfound survivability make her a nigh unbeatable opponent in the right hands.

Her only possible counter might be Pantheon, because he can just max his Q and throw spears all day while using his stun every time she engages. The thing is though, a good Fiora player will wait to use her riposte for that stun, you’ll end up being stunned, she’ll keep whacking you, and you won’t have enough spears to kill her before she cuts you down. Fiora is also the only skirmisher that can thwart a talented Riven right now. Riven’s in a great place because of the new Death’s Dance, but Fiora has some amazing items to lean on as well.

Fiora used to have obvious pitfalls, but those pitfalls have been completely filled in by new items and item changes over the past couple of patches. In Patch 7.9, all of her dreams came true, and her problems magically vanished.

For starters, she used to have a rough time in the early stages of the game. Fiora relies on completed items to give her the damage and sustain she needs to be a splitpushing titan, and typically, bullying her out of lane before she hits that point was sort of possible. When Doran’s Shield was reworked, all of that went away. The shield grants its wielder a considerable amount of health regeneration when damaged, and even more importantly, it gives them bonus damage when hitting minions. With the new shield, weak laners can easily thrive while farming under their tower. Combining bonus damage to minions with Fiora’s already higher AD allows her to farm under the tower without breaking a sweat.

Fiora used to also have a hard time starting fights in the mid game. If she tried to splitpush top with only one or two items, since her first items are usually high in damage, she would still be very squishy at that point. Likewise, choosing to build defensively would sacrifice her damage, and therefore her splitpush presence would be much less impactful. Well, that is, until the Guardian Angel was turned into an AD item. After the magic resist on GA was replaced with AD back in Patch 7.9, Fiora now has some insurance when she starts fights without having to sacrifice much of her damage. It was an all around win-win for her.

With as much power as Fiora has right now, it’s hard to imagine that nerfs wouldn’t be headed her way in the near future, but honestly, her winrate isn’t that high. Many people that play her haven’t played her very often, so they don’t understand how her kit works to the letter. She is a rather difficult champion to play, so not knowing exactly what you’re doing can throw a game no matter how OP she is. She’s still in the top 10 winrates of top lane, according to League stats website Champion.gg, but she doesn’t win an absurd amount. She does still have the best overall performance when weighing in factors like farm, gold, items, assists, and deaths, but her winrate alone isn’t that fantastic.

If she were to see nerfs, we imagine it’d be a longer cooldown on her lunge to give her windows of vulnerability against ranged attackers, or perhaps less damage on her passive ability so tanks can have a chance. Either one would leave her a little more balanced, but nothing of the sort has been mentioned by Riot, so she may come out of the next couple of patches unscathed by nerfs after all.