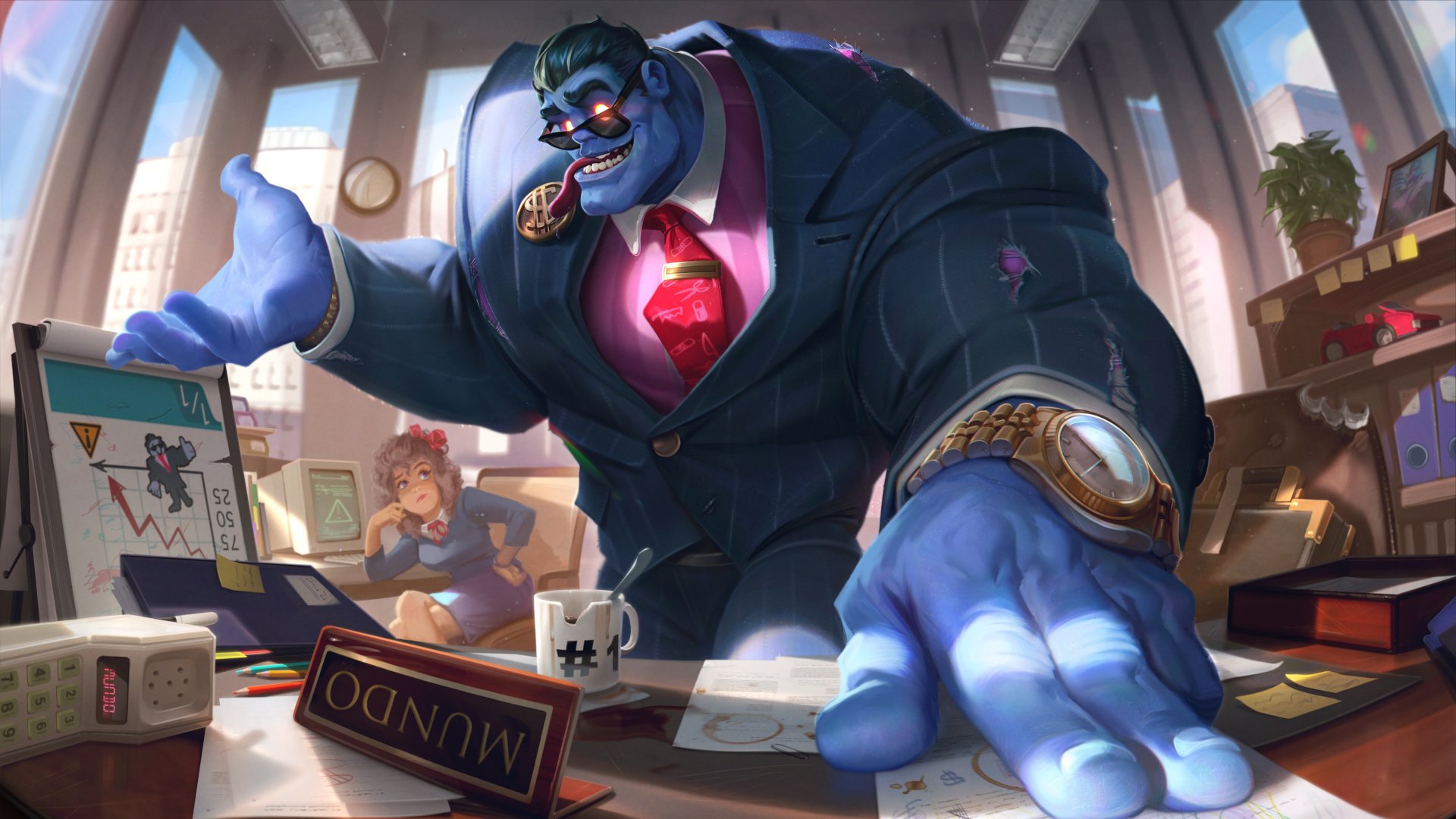 Corporate Mundo definitely knows how to put on a show.

A League of Legends player used the newly reworked Dr. Mundo to demolish the opposing squad, pulling off an easy one-vs-five pentakill while their teammates watched.

The play began when Mundo teleported into the enemy base, supplying further pressure on their inhibitors. But instead of focusing on the objectives, the player dove straight into five opponents and began to wreak havoc. Mundo tanked opposing damage and took a minimal hit to his health, dealing far more to the enemy Talon and Pyke. Though the two enemies tried running away, Mundo used Flash to close the gap and executed both of them with a perfect Blunt Force Trauma (E).

The Mundo player then quickly disposed of Diana but was left with very low health as Samira and Gangplank tried to take down the raid boss. The tank took on Samira’s ultimate and Gangplank’s attacks, along with a stray turret shot, but was ultimately the last champion standing for a well-earned pentakill.

The opposing team could’ve made it a bit easier for themselves if they picked up Grievous Wounds to cut down Mundo’s healing. But the top laner was able to put on a good show for their teammates, who elected not to take part in the fray.