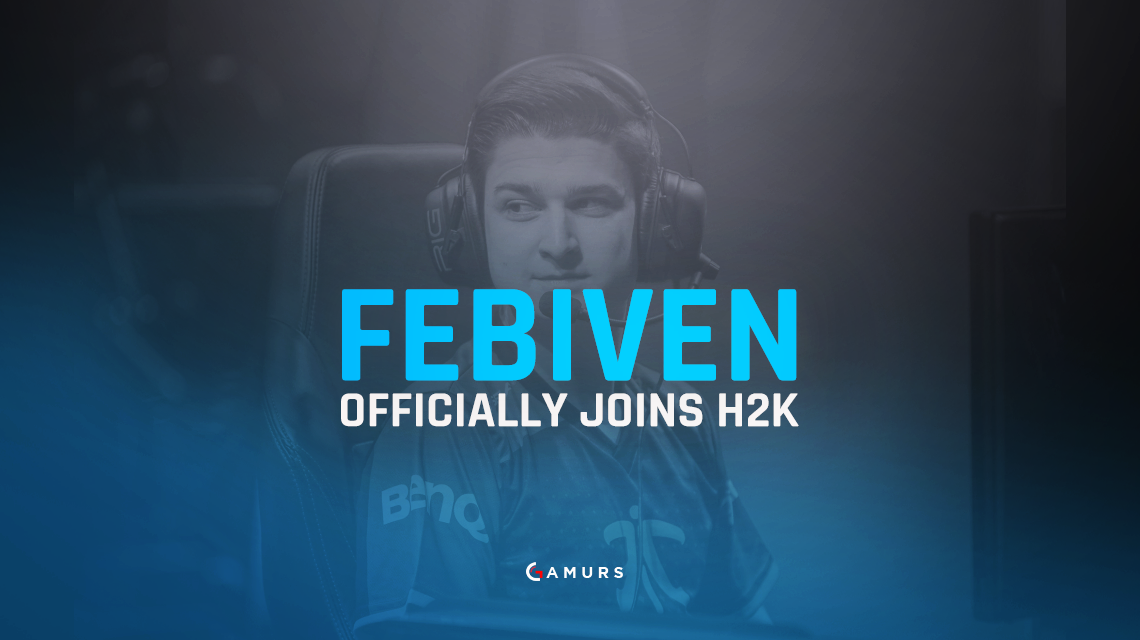 After much speculation, mid laner Fabian “Febiven” Diepstraten has officially joined H2k-Gaming. Earlier today, H2K announced that mid laner Yoo “Ryu” Sang-ook would no longer be a part of their team. Then, a few hours later, Fnatic announced their new lineup for 2017, and in this announcement, they stated that Febiven would no longer be competing for Fnatic.

There were several rumors that this roster move would be made, but H2K confirmed that Febiven will be their mid laner for 2017 just moments ago. However, H2K also stated that this roster change is still pending Riot’s approval.

“As of right now, our 2017 LCS lineup is still pending,” H2K tweeted. “We will update you once we have received approval from Riot Games.”

Really happy to be apart of @H2KGG again. This year will be great!

Febiven competed under the H2K banner from June 2014 to January 2015, and then made his move over to Fnatic for the past two seasons. Now, pending Riot’s approval, Febiven is coming home.

Febiven also just released a TwitLonger on the situation. If you would like to read about his perspective on this roster move, follow the link here.

Were you surprised to see Febiven return to H2K? Who do you think will be their new ADC? Let us know by commenting below or tweeting us @GAMURScom.