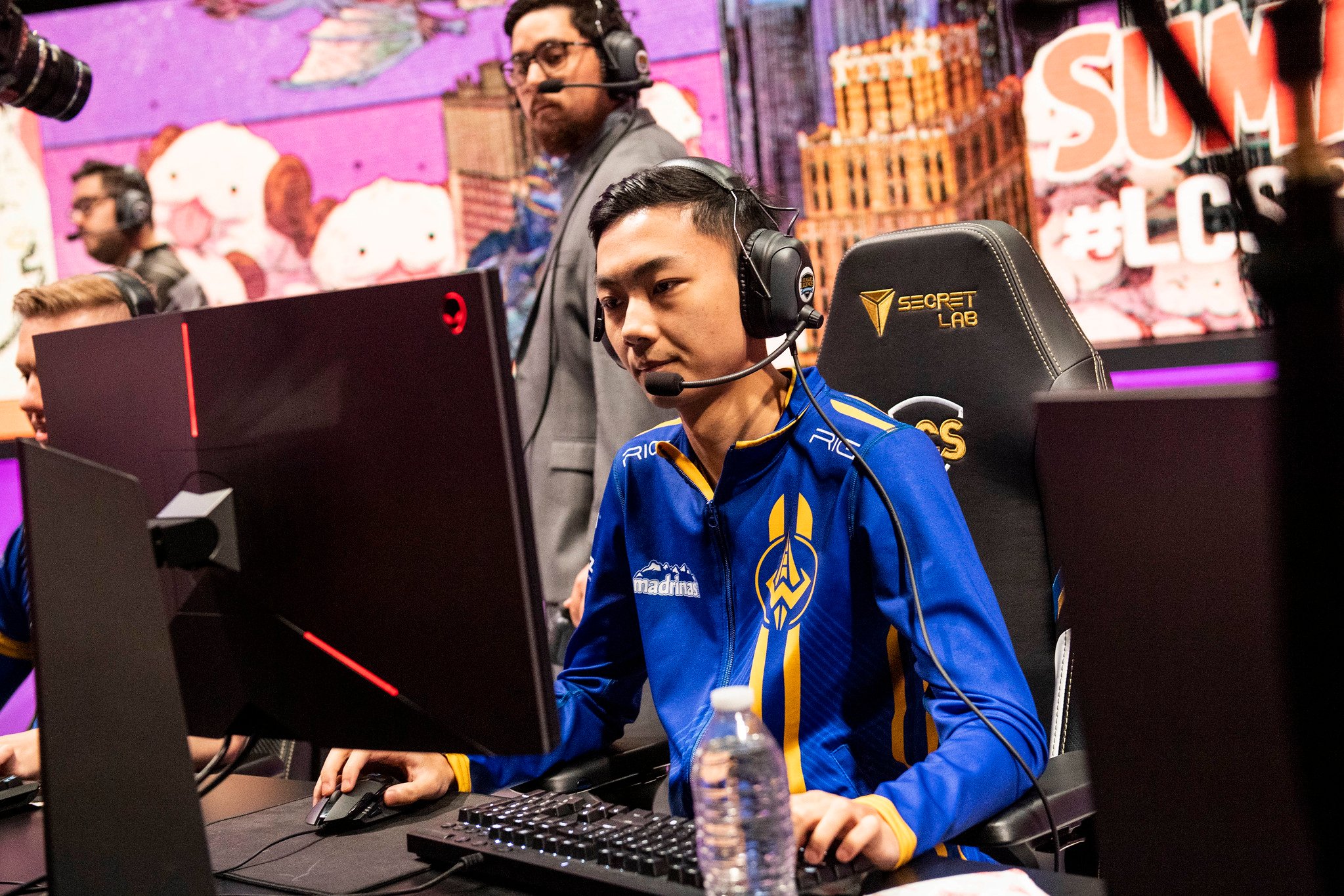 Golden Guardians’ new bot laner, Ian Victor “FBI” Huang, is close to setting a pair of major milestones for the 2019 LCS Summer Split. He’s one of the first OPL players to move to NA. And in his first season, he may also reach the LCS playoffs.

On May 28, Golden Guardians acquired FBI for its academy roster. For FBI, coming to NA was a dream come true. But halfway through the split, he replaced Matthew “Deftly” Chen and his goal of playing in the LCS had finally been realized.

“I’ve always wanted to play In the LCS,” FBI told Dot Esports. “Like from when I first started playing professionally in OPL, I looked up to a lot of the players and stuff like that. I always dreamed of the day I would be able to compete with them.”

But in coming to NA, FBI was leaving behind the legacy he built in OPL. He started playing professionally in 2017 on Sin Gaming before eventually moving to ORDER and then Bombers, where he took home his first championship. He had also placed first during the 2018 League of Origin regional tournament. And on top of leaving all that behind, FBI was saying goodbye to his teammates, friends, and family.

“I have a lot of friends in OPL,” FBI said. “I played there for two years and yeah, I just kinda know everyone. Everyone’s really friendly, so I kinda miss that aspect. Also just home—my friends, my family, I miss them a lot.”

FBI’s transition to NA came with more differences than just a change in teammates. The most notable difference for FBI was the skill gap. For a long time, he believed NA players were far superior.

“I thought that LCS players are really good, like there’s no way I can compete,” FBI said.

While at home in the OPL, he looked at NA as an unreachable goal. These were the players he looked up to and the chance of ever playing at their level seemed impossible. But he came to recognize the gap isn’t as big as he initially thought.

“I’ve kinda realized that they’re also just players,” FBI said. “They are obviously a lot better than OPL players on average, but they’re also still just players. But they’re not like the heroes that I’ve been watching on stream or stuff like that. I think more time [spent] playing here, I think I can kind of find a spot here.”

Although FBI admits OPL players aren’t always up to par with NA, he wants others to know that his home region isn’t a cluster of lousy players. Since the OPL is categorized as a minor region, it’s easy for its players to be overlooked in favor of competitors from South Korea or Europe. This is especially true considering only one OPL team is able to attend Worlds each year. The region’s visibility is low, but this doesn’t mean players are weak individually.

“We’re not all terrible,” FBI said. “Like legitimately we have a lot of good players. It’s just hard to get a chance to show what you’re capable of in the OPL, because, well, only one team can go international and that’s really where you get the chance to prove yourself.”

FBI is determined to make his spot in the LCS count as an OPL representative. But before he can make a lasting impact, he has to become more acquainted with the change in scenery. One of the early challenges he faced was understanding his position on the team.

After four weeks on stage, FBI has become more comfortable and confident playing with his new team. Since swapping in FBI, Golden Guardians have gone 4-4. But two of those wins came last weekend, and it appears Golden Guardians and FBI have found their stride and are now striving to secure a spot in the playoffs.

When FBI began his first split in NA, his goal was simply to play well. With the team sitting in fifth place with two games to go, however, his goals have gotten more ambitious.

“I came in halfway throughout the split, so for me a lot of it was just putting on a good performance,” FBI said. “Now that it’s kinda near the end of the split [I’m] looking toward making playoffs. That’s our primary goal for our whole team. I want to make Worlds, but one step at a time. We’re just really trying hard to make playoffs right now.”

Golden Guardians face Cloud9 and Clutch Gaming to round out their split this week. FBI has already had an amazing start to his LCS career and it’s only looking up for this OPL import.