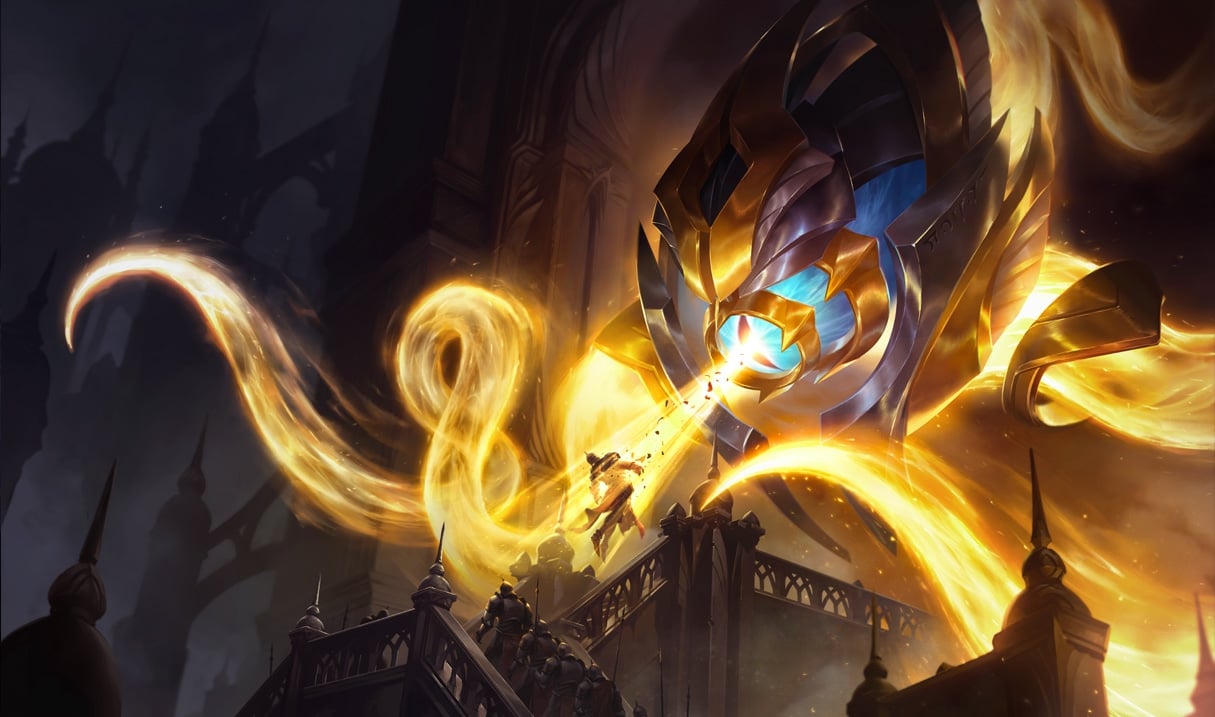 A League of Legends fan has given the community its first look at a new potential member of the Star Guardians.

A new Star Guardian themed Vel’Koz design was released yesterday by a YouTuber called Sirhaian’Arts. The skin concept features new textures, visual effects, and additional voice overs for the Eye of the Void.

The fan-made skin concept breathes life into the character by adding some additional visual features, such as the bow sitting on top of Vel’Koz’s head. Sirhaian’Arts also worked on Vel’Koz’s face to give him a happier demeanor, to coincide with the Star Guardian’s joyful outlook on life.

Sirhaian’Arts is a well-known figure in the League community who became famous for his Dark Star Orianna concept art back in March—one month before Riot officially made the skin a reality.

Does this mean that Star Guardian Vel’Koz will follow this trend? Unfortunately, probably not, but a recent leak did reveal the prospect of other champions joining the Star Guardian team in the near future.