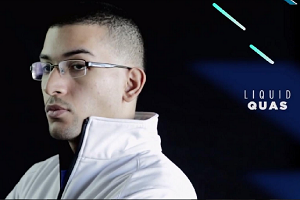 Last week Quas was considered the MVP of the week after stellar performances to throttle the team to 2 – 0 week. Currently everyone seems to have high praises and compares him with other great top laners in the world. I would like to make a few points where makes these comparison makes it outrageous where the point fails both in statistical and semantic way.
1. TSM VS Team Liquid.
The series is a very recently concluded one with 1 – 1 split between both the teams. Both games showcase some of the worst decisions made by a player in the game. In the first match he was playing gnar and wildturtle was playing tristana. He had a huge lane advantage as TSM required the lane swap and after seeing piglet in bot lane they initiated a lane swap after having unfavourable trade. Wildturtle did not have lustboy in the lane as he was helping dyrus because he joined the lane late. He still lost the lane.He proceeded to play one of the worst games of Gnar when compared with other gnar players. Losing lane against Tristana and Wildturtle is not something which can happen to a good player. In the second game TSM had Cassiopeia and Jinx. If your opponent team has these two champions and the gold is now more than 50 K the team has a 15 k gold lead advantage. These champions have insane burst and insane single target effects. So as a top laner with Irelia you should be able to tank atleast one of them. The itemization choices where Trinity force, Maw of Malmortius and zephyr. If one top laner in the world would tell the itemization is the best build for Irelia then they are really hallucinating. The game dragged unnecessarily and any other team would have taken advantage of the situation.
2.Statistics on tanks
Team 8 top laner Calitrlolz and Quas have a thing in common, Both have no idea on how to play tanks. One of them plays in the LCS for the very first time other is your so called veteran top laner great. Playing a top lane tank is a very difficult style to adapt because it requires highest level of communication and coordination with your teammates. Since the statistics prove that he has failed time and time again the failure to play tanks please stop comparing to Flame, Smeb and others who can adjust playstyles based on the champion.
3.Team work
On the second day Both Impact and Quas played Morgana in their respective victories. The number of clutch plays and highest damage output was much greater by Impact when compared with Quas. Quas picked the famous swain and failed to have any impact on the whole game where he was need to be creating time and space for both Azir and Tristana
Top lane is a role about not having the carry potential but absorbing the maximum number of cooldowns possible. This is not a article about bashing a player but the lack of insight from analyst and coaches present in the team. This kind of strategy will fall when a team plays against a team with some research as seen last year when TSM played in worlds. This will be the highest chance which NA has after last two years of Korean dominance. Wake up NA diversify and differentiate your playstyle.