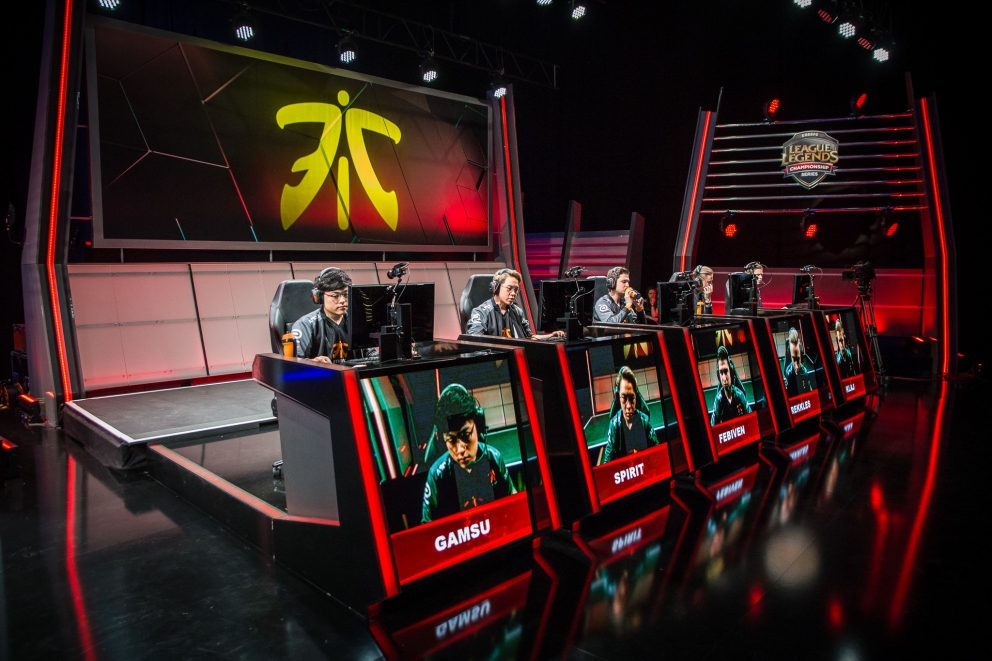 As I browsed the League of Legends subreddit at the start of the pre-season, a big talking point surrounded a familiar name in League eSports – Bora ‘YellOwStaR’ Kim. A mainstay of Fnatic since Season 3, at the time Kim was arguably the best support in the EU LCS and was Fnatic’s shot caller. Their fans rejoiced at the first sign of YellOwStaR’s inclusion on the team page for the 2016 season, but he had since announced himself a part of the North American Team SoloMid. It seemed as though Fnatic had downgraded in every position – including the strength of their brand.

The loss of Seong ‘Huni’ Hoon Heo and Kim ‘Reignover’ Ui-jin was heartbreaking for the team. The unknown Korean imports became a combination that led Fnatic to an impressive 18-0 EU summer split and inspired fan’s hopes for the team at the 2015 World Champions. The loss of such important members of the team resulted in the need to rebuild before the new season, with many fans of Fnatic speculating on the talent that would be brought in. The arrival of Lee ‘Spirit’ Da-yoon left many supporters very excited for the future. Spirit, at the time one of the world’s most highly rated junglers, would be taking over the role from Reignover.

Fnatic is no stranger to roster changes. The end of Season 4 saw Enrique ‘xPeke’ Cedeño Martínez, previously a figurehead of the Fnatic brand known for his legendary backdoor tactics, Paul ‘sOAZ’ Boyer and Lauri ‘Cyanide’ Happonen leave to form Origen. Even Martin ‘Rekkles’ Larsson, an ad carry groomed by Fnatic, left for Swedish outfit Alliance for the spring split, leaving Yellowstar as the only member to stay for Season 5 in its entirety.

Consequently, Fnatic has suffered from an identity crisis, with the team often playing as a group of individuals, rather than under a collective philosophy. They have also lacked a loyal name to associate with the Fnatic banner. Team SK Telecom T1 K have talented Korean  mid laner Lee ‘Faker’ Sang-hyeok. Team SoloMid and their now retired Top Laner Marcus ‘Dyrus’ Hill are synonymous with each other. Fnatic has no player that is a recognition of their brand, a stark contrast to their Counter-Strike: Global Offensive team, who for the last two years have been able to count on the masterful Olof “olofmeister” Kajbjer and team leader Robin “flusha” Rönnquist.

While this isn’t necessarily a bad thing, as many teams follow the same principle of replacing members on a regular basis, this team has been missing an identity for some time because of their struggles to retain the big names when other teams or other projects come calling. This culture of rotating players in and out of the team could be accredited to the culture of eSports in general. Rosters change so frequently that it is rare to see the same team together for any more than two years. There are exceptions to this, such as Origen, who were able to keep their 2015 World Championship semifinalist team together. 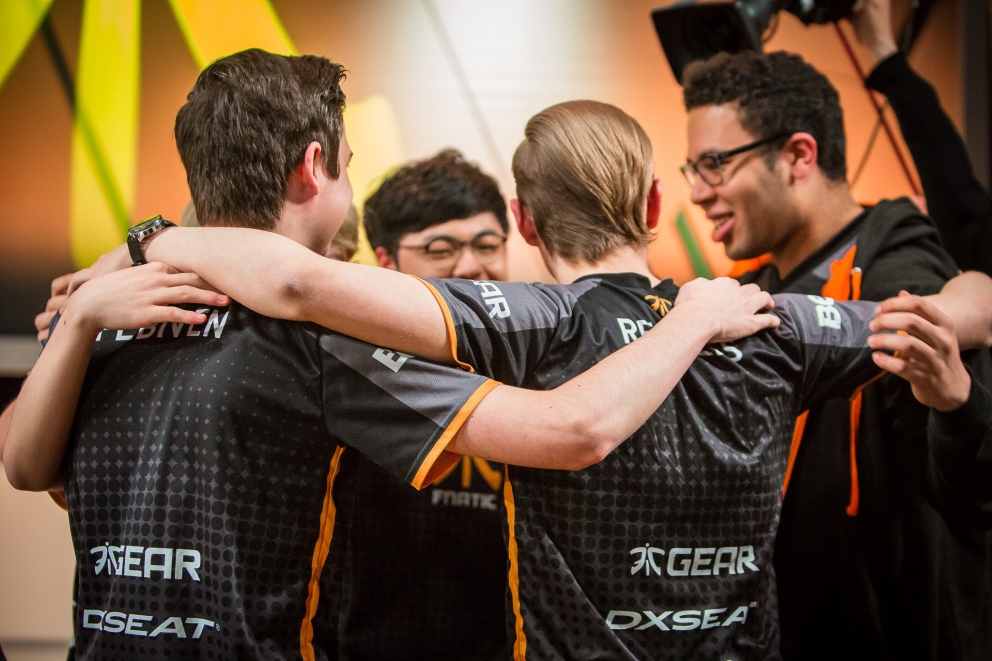 With these changes in mind, 2016 has already been a year to forget for Fnatic. The loss of YellOwStaR to Team SoloMid meant that Fnatic’s precise shot calling was gone – a sucker-punch to the team’s ambitions this season. Without a suitable replacement, this role has shifted to Martin “Rekkles” Larsson. While Rekkles has performed admirably in the unfamiliar position, the results do not meet the standards of a team like Fnatic. However, speculation is rife with news of YellOwStaR’s recent exit from Team SoloMid could we be seeing YellOwStaR return to Fnatic or could another European team snatch up the highly sought after support to put a further dent in Fnatics hopes? Afterall Klaj leaving to join Fnatics newly formed Challenger team has only caused more speculation to arise from these recent turn of events. It is not hard to see why Fnatic are hopeful of a return from their star support as in YellOwStaR’s replacements Lewis ‘Noxiak’ Felix and Johan ‘Klaj’ Olsson, Fnatic have been unable to find the stability needed to challenge for a top spot in the European LCS. Klaj has played more games than Noxiak but has seen his team win 40% of the 10 games he has participated in over Noxiak’s 63% in 8 games. Klaj has also had nearly double the deaths (35) over Noxiak (17) which in comparison to YellOwStaR’s Summer Split 2015 results, it really begins to show the massive gap in technical ability that Fnatic was trying to fill in his absence, YellOwStaR having a 100% win rate and 15 deaths in all 18 competitive matches, assisting in 234 kills, more than Klaj (73) and Noxiak (51) combined and the highest amount for the entire summer split overall with a kill participation of 73.8%.

The same could be said about Yeong-Jin ‘Gamsu’ Yoh and Spirit, two players that came with good reputations, but have yet to deliver since replacing Reignover and Huni. Gamsu raked in a total of 42 kills this split in comparison to Hunis 88, but this may be due to different play styles. It worth nothing that Gamsu has participated in more kills than Huni did (70.5% to Hunis 66%). With Spirit and Reignover it is also similar to how Gamsu and Huni play, Spirit killing less than Reignover (30 to Reignover’s 44)  by participating in more team based scenarios (70.5% Kill participation to Reignover’s 63.3%). This just goes to show the strengths of Huni and Reignover as a duo, being left to their own devices, for the most part, to win lanes by themselves as they didn’t need any help to get the kills and win lanes or rely on big team fights to seal matches.

The results of the current team have been a mixed bag. While their 9-9 2016 Spring Split is a fair result for their mixed bag of performances, Intel Extreme Masters X showed that the team could mesh together against multiple high-level teams on the world’s stage to reach a final to face a somewhat strong SK Telecom T1 K, inspiring grit and determination that Fnatic fans have come to expect. The European League Championship Mid-Season Invitational playoffs also provided a look into what this team is capable of, having to take the difficult route through multiple hard-fought battles beginning with a strong looking Vitality which many thought would crush Fnatic 3-0. The strength and character they showed in the 3rd place game against H2K-gaming began to remind me of Fnatic of old giving a lot of fans belief that next split Fnatic can come back strong. But the question remains, will it be the same display that we have seen this previous split or can they improve their performance?

As we head into a new format for the LCS bringing in the best of two matches structure for Europe, it is likely to test the tenacity of all LCS teams going forward. FNATIC will need to find its feet soon or risk losing a place in the LCS World Championships for the first time in its history.