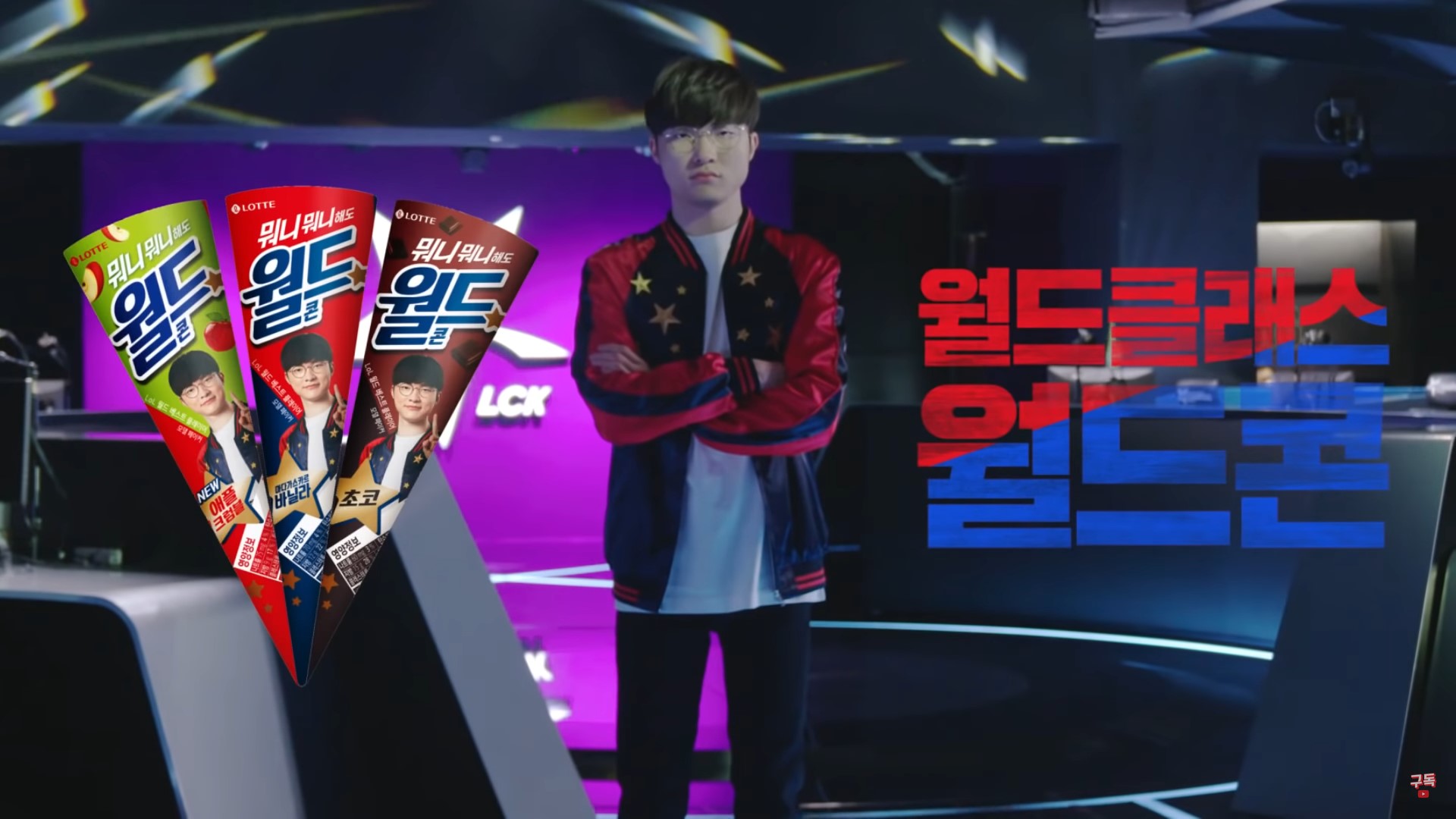 For many League of Legends fans, Faker has been the biggest star in the game’s history since he won his first world championship in 2013. Fast forward seven years, though, and now his face will be seen across Korea on something other than computer screens.

The company revealed the news a couple of days ago with a great commercial featuring the 23-year-old pro. The video showed off the star mid laner making plays on various champions while holding up the ice cream cone.

Lotte’s World Cone Ice Cream is one of the most popular ice cream brands in Korea. It has an ice cream cone wrapped in individual packaging, making it easy to sell for any store. Faker’s ice cream comes in chocolate, vanilla, and apple flavors.

Esports players are usually treated like celebrities in Korea and Faker is one of the biggest stars the country has ever seen. His multiple championships and general success as a player for T1 would make it easy for Lotte to market his ice cream to fans across the country.

In fact, Faker captured his ninth LCK championship during the 2020 LCK Spring Split when he and his team took down Gen.G in a dominant three-game sweep last week.