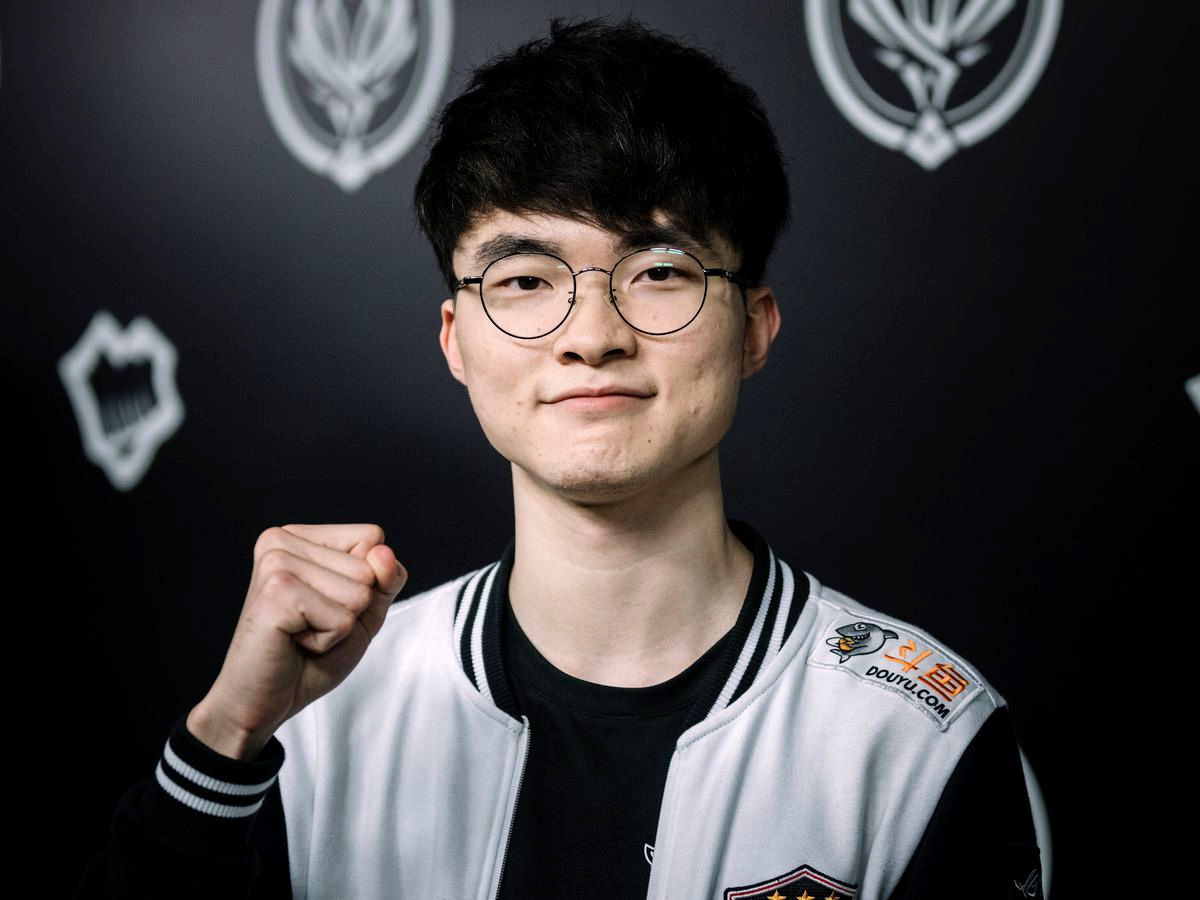 It was a joke.

When G2 Esports mid laner Luka “Perkz” Perković tweeted before the 2017 Mid-Season Invitational that he was going to “clap” Lee “Faker” Sang-hyeok, it had to have been in jest. Faker, after all, is the most accomplished player in the history of League of Legends, while Perkz was more famous for the memes detailing how bad he choked. The community certainly took that Perkz was joking.

Then, the unthinkable happened. G2 overcame significant odds to make the final, defeating one favorite after another despite some uneven play of their own. But many a team has gone into a final vs. SKT, with few every coming out on top.

Whatever chance G2 had in that match was predicated on Perkz making good on his pre-tournament promise. And in a series that shocked the world, he did it.

Over four stunning games, Perkz killed Faker again and again. He got lots of help from jungler Kim “Trick” Gang-yun to start things, but by the end of the series, he was killing Faker all on his own. More than that, he was in Faker’s head, bullying him from level one, dominating him in CS, and shoving him out of lane.

It was the dream setup for G2. And they still lost.

SKT didn’t win three World Championships and a slew of other titles by tilting when one of their lanes has fallen behind. They’ve handled adversity better than anyone, from the disappointment of missing Worlds in Season 4, to a loss to China’s EDward Gaming in the finals at Season 5’s inaugural MSI.

Even Faker has suffered through periods of inconsistency, getting benched at points during Season 5 and losing his crown as the best in the game late last year. In each instance, the team has found a way to bounce back, buying time for Faker to figure things out and assert his dominance again.

Against G2, they showed off their intelligence in playing the map to make up for losing lanes. With Faker sitting on a 0/4/0 scoreline, the team went into full damage control, making sure that G2 couldn’t take objectives properly.

When G2 made mistakes, SKT punished almost immediately. A momentary lapse in vision led to a free dragon for Han “Peanut” Wang-ho. A poor rotation by the G2 bot lane leads to a turret trade, exactly what the losing team wanted. No vision and no map pressure despite a gold lead, giving SKT time to fight their way back into things.

The best collection of talent we’ve ever seen

G2 did find a way to win game two, but SKT quickly shut down hopes of an upset. In game three, Peanut and top laner Heo “Huni” Seong-hoon outplayed Ki “Expect” Dae-han in lane for a close kill that won SKT that lane. It was more than just raw mechanics. They knew that Expect wanted to shove Huni in, force him to base, and exact Huni’s teleport so SKT wouldn’t have a summoner advantage (Expect had already burned his). But Peanut stayed patient through the play and showed when Expect did not…expect.

Meanwhile, the SKT bot lane of Bae “Bang” Jun-sik and Lee “Wolf “Jae-wan continues to play well regardless of jungle influence from either side. Wolf made the game-winning play too by flashing in on Zyra in one of the most ballsy support plays you’ll ever see.

But there’s reason to believe that this year’s team may have the most talent that Faker’s ever had around him. Huni is a well-known player who has always wanted to play for SKT. After leaving Korea at a young age, he proved dominant in both Europe and North America, at one point going a combined 51-3 over 3 splits.

Peanut is the star mechanical jungler that SKT has always pined for, having churned through player after player in seeking to replace veteran Bae “Bengi” Seong-ung, Faker’s longtime right hand. Peanut has been a breath of fresh air, and when he struggles, the team is ready with Kang “Blank” Sun-gu, who has completed the evolution from young hotshot to heady veteran.

And the bot lane continues to dominate. Bang and Wolf rarely get their due, but they’ve been counted on more and more throughout the years. This season, both have kicked it into extra gear, particularly Bang, who can often be found front-lining fights and initiating on the enemy team, all while somehow staying alive.

Add it all up, and the results have been spectacular. After the game three win, Peanut went ham on game four, combining with his laners to control vision and beat Trick at everything—farm, experience, ganks, you name it. Faker and Huni played defensively and let Peanut go to work.

The inevitable question of sustainability was immediately raised by the team’s return to Korea. After all, despite G2 having their best international tournament yet, the quality of play in the LCK is considerably higher than anything Europe has to offer.

SKT also faced a tough challenge, having no time to scrim other Korean squads and learn the new LCK meta. It was expected that after a long appearance at MSI, they may struggle out of the gates in LCK Summer.

It didn’t help that their first match was against Samsung, the team that has given them the most trouble recently. Samsung showed up in a way that G2 didn’t. In particular, mid laner Lee “Crown” Min-ho is also considered one of the best in the world, and he had his way with Faker.

Unlike G2, Crown’s mid control turned into deep vision in the SKT jungle that strangled Peanut. Crown’s work with his jungler set him up to shove again and again, and when an early Rift Herald helped him drop the SKT mid outer turret, the game was effectively over. LCK teams know how to take advantage of a weakness in the mid lane that other regions just can’t exploit.

After losing that series to Samsung, SKT has stabilized a bit, winning a couple series, including a hotly contested one against a rejuvenated Longzhu side. But Faker’s numbers have yet to climb to fully recover from the early loss to Samsung—almost across the board, he’s sitting right in the middle, not somewhere he’s used to.

Still, history indicates that Faker will find his groove eventually and start to dominate a game. He’s been so good for so long, it’s easy to forgive small blips in his performance. And smart team building and coaching from SKT has helped give him more margin for error than ever before.

When Faker gets it together again, look out. This team is built for domination. Don’t say we didn’t warn you.