The collapse continues for the greatest team in League history. 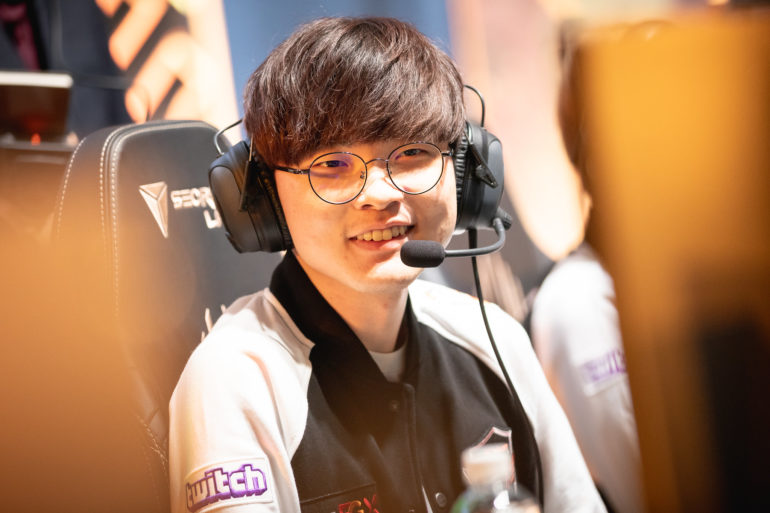 Three-time world champions SK Telecom T1 are officially on life support. After sweeping Griffin a month earlier, the 2019 LCK Spring Split champions have plummeted to ninth, losing to the team they comfortably beat to head to MSI as favorites.

The tables definitely turned today with a hard-fought first game won by Griffin. SKT could never push ahead, and going into the second match, the unthinkable happened: Lee “Faker” Sang-hyeok was benched.

Faker has long been considered the greatest player to ever load onto Summoner’s Rift. From winning a World Championship in his debut year to the legendary Zed one-vs-one, Faker has been a walking highlight reel since day one. And for him to be benched when he’s been a centerpiece of the SKT outfit since 2013 suggests serious problems for the MSI semifinalists.

But Faker’s benching wasn’t the first SKT roster surprise of the day. Substitute jungler Kang “Haru” Min-seung (formerly of CJ Entus and Samsung Galaxy/Gen.G) started in front of star jungler Kim “Clid” Tae-min for the first game against the table-topping Griffin. In another timeline where SKT hadn’t hit this massive slump in form, this could have been a phenomenal series. But going into the game, there was the feeling that the in-form Griffin could wipe the reigning champions.

The first game of the series was a near-50 minute slugfest that SKT dragged out after going down in the early game and could never find pressure against a dominant Griffin outfit. Faker had the highest kill count on his team, but also the most deaths. Out of the five SKT players, Faker wasn’t the one to worry about based on that game—Haru and top laner Kim “Khan” Dong-ha struggled significantly. In fact, it was a misplay from Khan around Baron that cost SKT the first game.

Yet it wasn’t the top laner who was benched, it was Faker. Whether it was a decision to give stage time to their rookie mid laner or Faker was having problems, Kim “Gori” Tae-woo took to the Rift for SKT in the second game. But his mid lane counterpart in Jeong “Chovy” Ji-hoon completely dominated the game on Taliyah to complete the sweep and relegate SKT to ninth place, with only a single win separating them from perennial wooden-spooners, Jin Air Green Wings.

SKT are quickly starting to look like a sinking ship that’s unable to adapt to the rapidly-changing meta, while teams like Griffin, Sandbox, and Damwon Gaming are duking it out for supremacy with already superior grasps on the state of the game. If SKT want to have any chance of defending their LCK title and returning to Worlds for the first time since their 2017 finals defeat at the hands of Samsung Galaxy, something needs to change fast. We’ve seen teams turn around their fortunes at the drop of a hat and make blistering runs through tournaments, and SKT at their best are a team that can do just that.