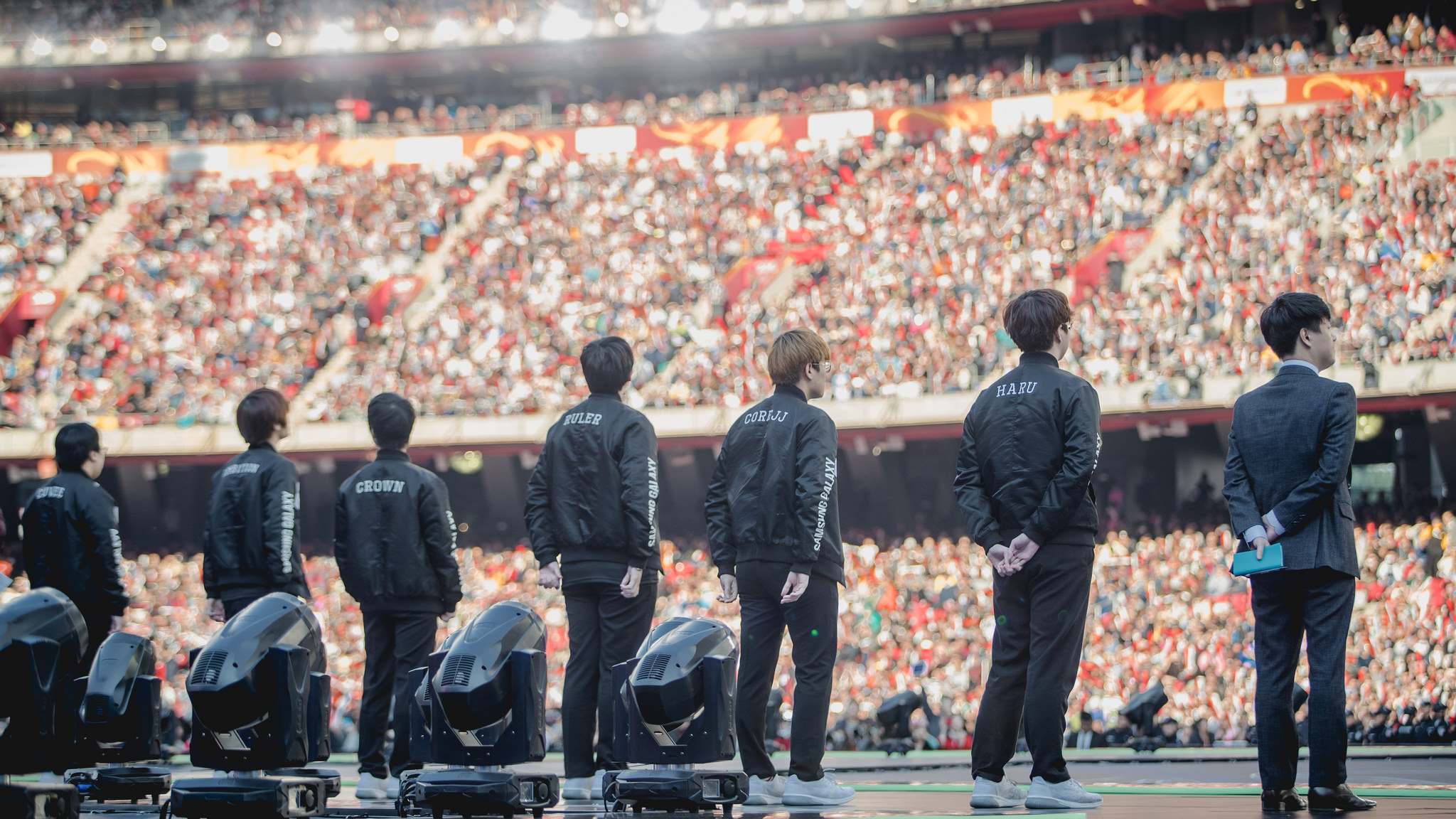 The set of World Championship skins for Samsung Galaxy’s victory last year has been completed, according to a report from LCK news site INVENGlobal. Both Ezreal and Jarvan may be getting a second Worlds skin.

INVENGlobal’s report cited CuVee as confirming this list on his stream, as well as the additions of Jarvan and Ezreal for the starting and substitute junglers. If true, this will be the first time that a champion with a past Worlds skin receives another.

Out of all the champions selected for skins this time, only Ruler and CuVee’s Xayah and Gnar were played in the finals at Worlds 2017, but Taliyah was one of Crown’s most-played champions during the 2017 LCK Summer Split and beyond.

Just like last year’s SK Telecom T1 Worlds skins, these are expected to come out in mid-summer of this year, which means fans will probably have to wait at least a few more months before anything is revealed or confirmed by Riot.