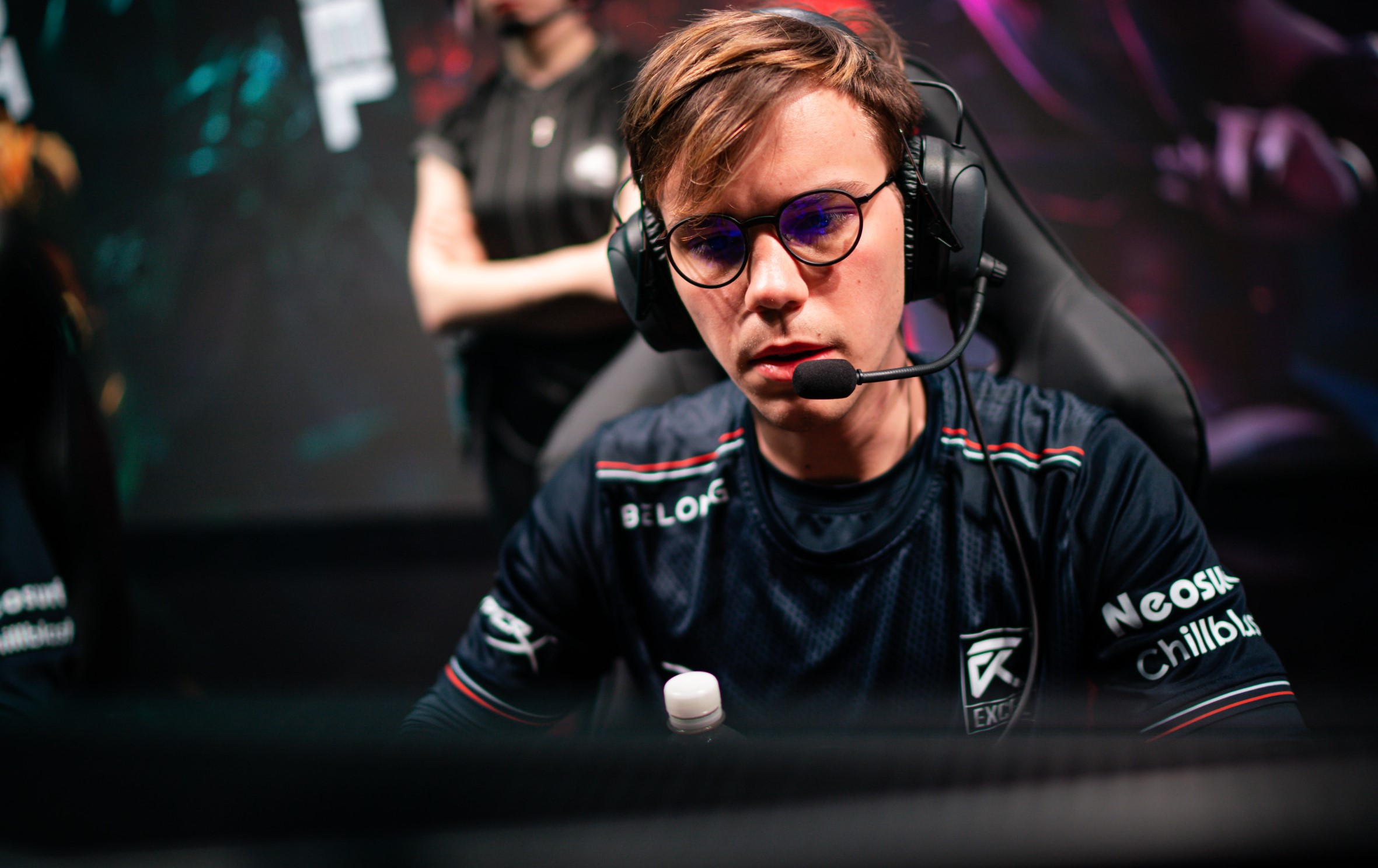 Excel Esports upset Fnatic in week four of the 2022 LEC Spring Split, improving to 4-5 on the season.

Excel entered today’s League of Legends match with a 3-5 record going against Fnatic, who were tied for second place going into the match and the heavy favorites to win. Sitting right outside of a playoff spot, an Excel win would mean they inch closer towards the top six, while a win for Fnatic would help them break apart from G2 in the standings.

Fnatic attempted to surprise Excel in the draft when support Hylissang picked Rell to pair up with Upset’s Jhin. Hylissang gave up first blood to Excel AD carry Patrik, but Upset evened out the kill when he landed a blind skill shot onto Mikyx while basing.

The first fight of the game happened around the nine-minute mark and began when Fnatic attempted to invade onto Excel jungler Markoon near his red buff. Excel grabbed the early kill advantage but was evened out when Fnatic grabbed lingering kills onto Markoon and Nukeduck.

While the early game was relatively even in gold, Fnatic began to take control of the tempo through jungler Razork’s persistence to snowball a lead onto Upset. Fnatic applied their bottom lane pressure and grabbed the first turret of the game, sealing control of the bottom half of the map.

Excel answered back when they prioritized control over the top side and grabbed their first tower in the top lane. Markoon used this top control to engage Hylissang, killing two on the side of Fnatic.

Excel then killed four members of Fnatic when they attempted to kill the dragon. Excel took it from them, though, and then the Baron shortly after.

Excel had a 6,000 gold lead and Baron-empowered lanes pushing into Fnatic’s base, but Fnatic attempted to thwart Excel’s final push and killed Patrik. This was not enough to come back, however. Excel killed the rest of Fnatic and destroyed the Fnatic Nexus, sealing the win.

Fnatic’s loss to Excel makes this their third loss in the past two weeks, dropping them down to 6-3. Excel improved their regular season ranking, ending their first half of the Spring Split 4-5 in an all-too-familiar seventh-place spot.

Excel will look to build off of this upset against Fnatic as they face off against Team Vitality and BDS in week five and continue to make a push for their first playoff berth. Fnatic will start their week against SK followed by a matchup with Vitality in their pursuit for the sole possession of second place in the LEC.