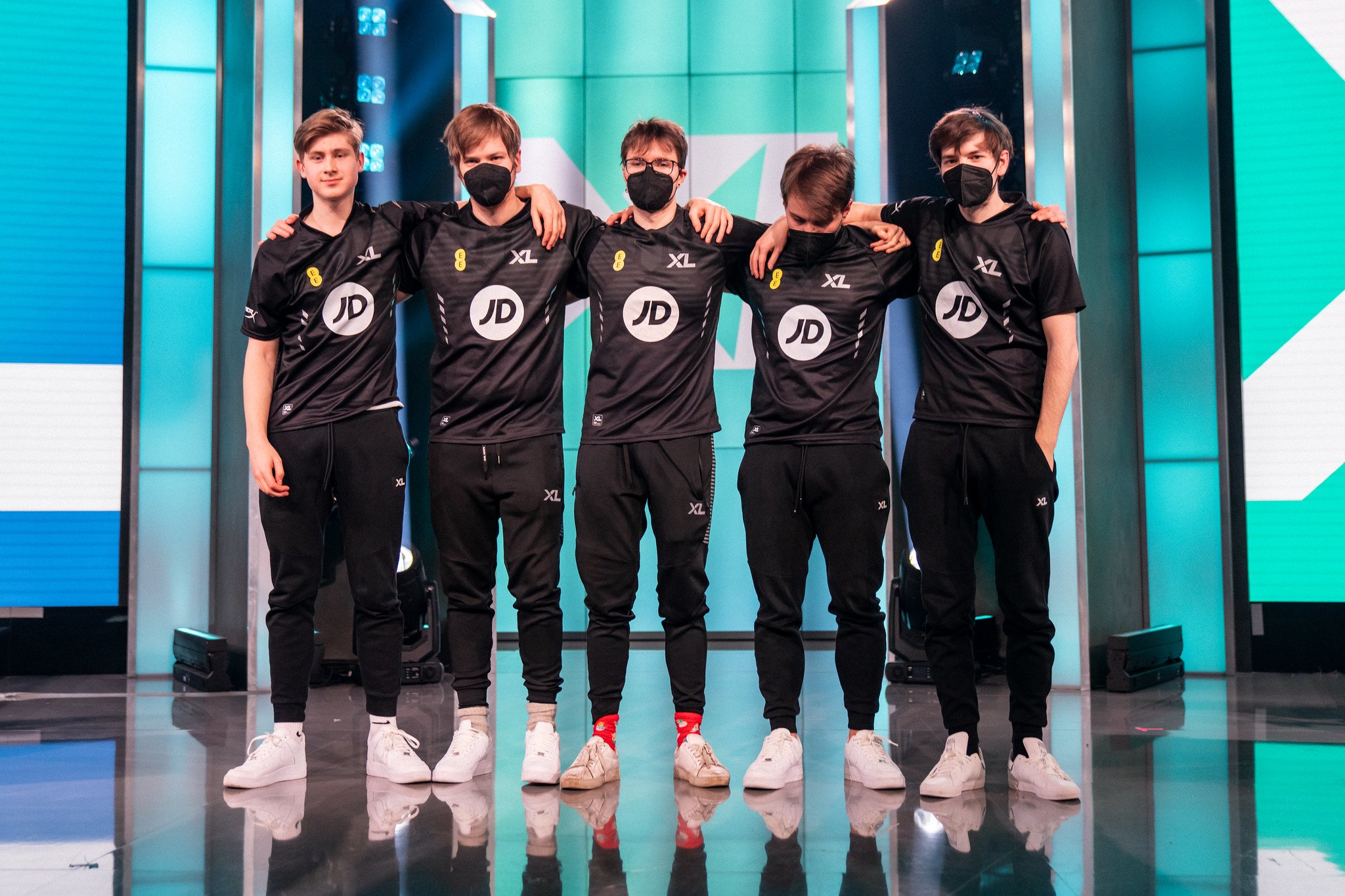 After seven splits, Excel locked in a spot at the LEC playoffs for the first in the organization’s history and will be moving on to the next stage of the LEC Spring Split 2022. The historic 30-minute win took place against SK Gaming, who won’t advance this split and will have to wait for the Summer Split to reach the European playoffs.

The game started with Excel claiming an early lead by taking first blood and maintaining the gap throughout the game. After the first minutes of a steady and slow-paced game, Excel built an advantage both from kills and from taking the first Herald—which, after being dispatched in the top lane, took down two towers and left only one in defense of SK’s inhibitor.

After 15 minutes, both teams had one dragon each, but Excel were ahead by three kills and 3,000 in gold. SK responded to that momentum by destroying Excel’s tower in the bot lane. Markoon, however, got the second Herald of the game and used it in the mid lane to open up the map for his team.

After a few fights that furthered Excel’s lead, SK found themselves having to defend their base towers while their opponents moved to the dragon pit to conquer the neutral target again. SK fell one after the other in a teamfight near the dragon pit, opening Excel’s way to the Baron buff.

SK, however, didn’t give up. After 24 minutes, they scored their first kill of the match on the enemy mid laner, but it wasn’t enough to close the gap of 11,000 gold that separated them from Excel. SK initiated a fight with their opponents in the river in an attempt to stop Excel from gaining another advantage by taking the dragon soul. But a massive flank from Finn’s Gnar caught SK off guard, launching their opponents into the jaws of his teammates. Excel closed the game leaving only two kills and one tower to SK, showing a dominant and consistent playstyle throughout the match.

After a split start that saw them as underdogs on the lower side of the standings and after seven splits and several seventh-place finishes, Excel are confirmed for the 2022 Spring Split playoffs. They will face Fnatic tomorrow before they can begin their climb into the next stage of the European league.