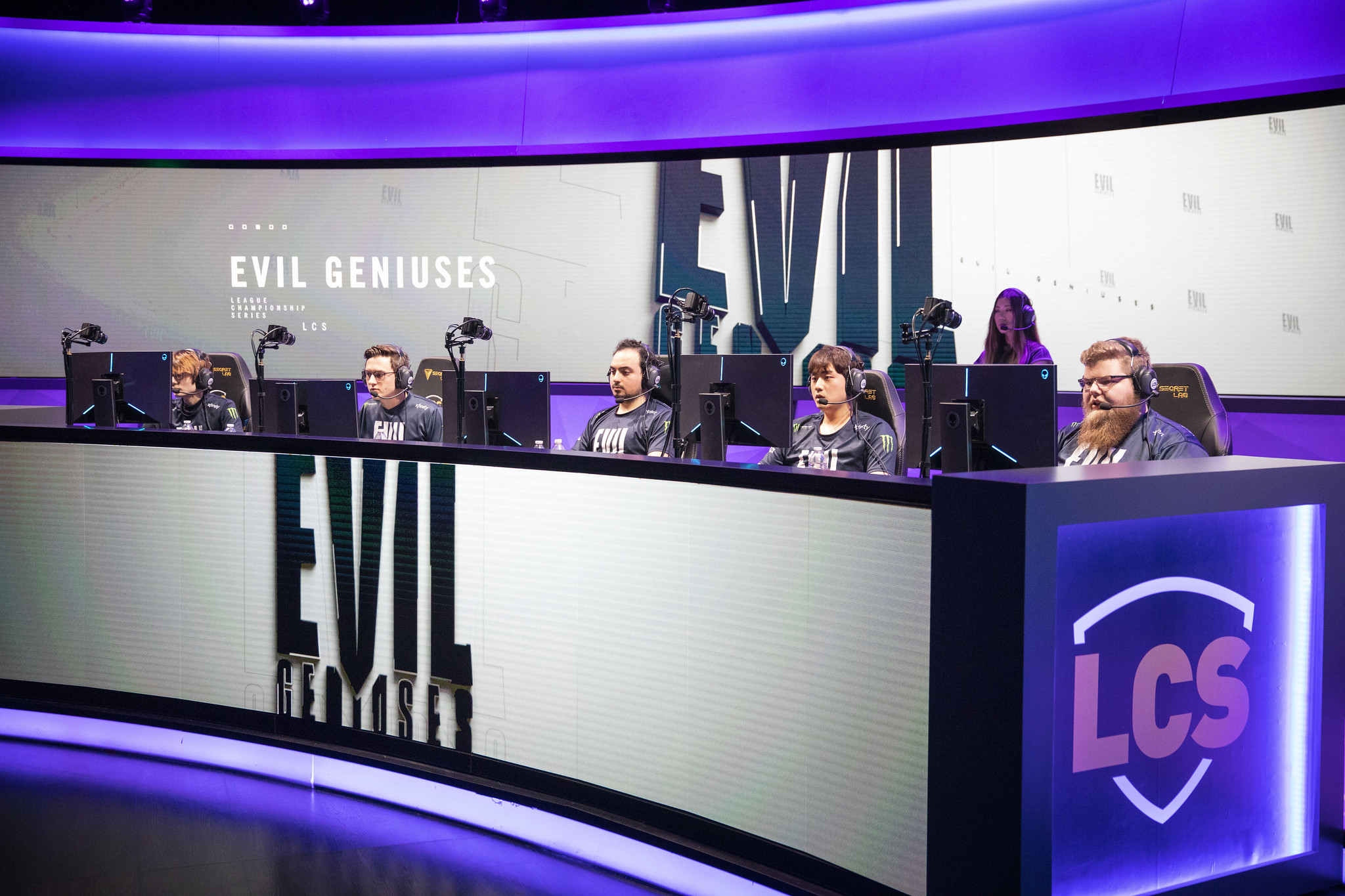 Evil Geniuses defeated Team Liquid in the second week of the 2020 LCS Summer Split today, ending their opponents’ winning streak in a clean 28-minute match and solidifying their position as one of the League of Legends region’s top-performing teams.

EG heavily prioritized play around the top side of the map throughout the game, sending both Svenskeren and Jiizuke to help Colin “Kumo” Zhao on the Volibear pick. Jiizuke frequently roamed around the map using Twisted Fate’s ultimate to help his jungler with fights in the jungle and river, securing kills and furthering his lead over Jensen.

With both top and mid ahead, Svenskeren carved out room for himself on the map to grab both Rift Heralds uncontested, leading to tower advantages across the map. And with the help of both Rift Heralds, EG grabbed the tier-one towers in each of the three lanes before Liquid could even grab their first turret of the game.

The team’s map control didn’t stop there, however. EG grabbed an uncontested Baron and split their players across the three lanes, quickly taking down each of the inhibitors and both Nexus turrets. A final teamfight left the Baron-buffed minions free reign to attack Liquid’s Nexus, ending the game in a quick 28 minutes.

Liquid kicked off the Summer Split strong, taking down the likes of TSM, Golden Guardians, and 100 Thieves in their first three matches of the split. Likewise, Evil Geniuses took down both 100 Thieves and CLG for their first matches back on stage but fell to the defending LCS Spring champions, Cloud9, in yesterday’s game.

Although it’s still early in the Summer Split, Evil Geniuses now sit tied with CLG and Liquid in second, each team boasting a 3-1 record. Cloud9 lead the standings without a single loss and will play Golden Guardians to hold onto first place later in the day.