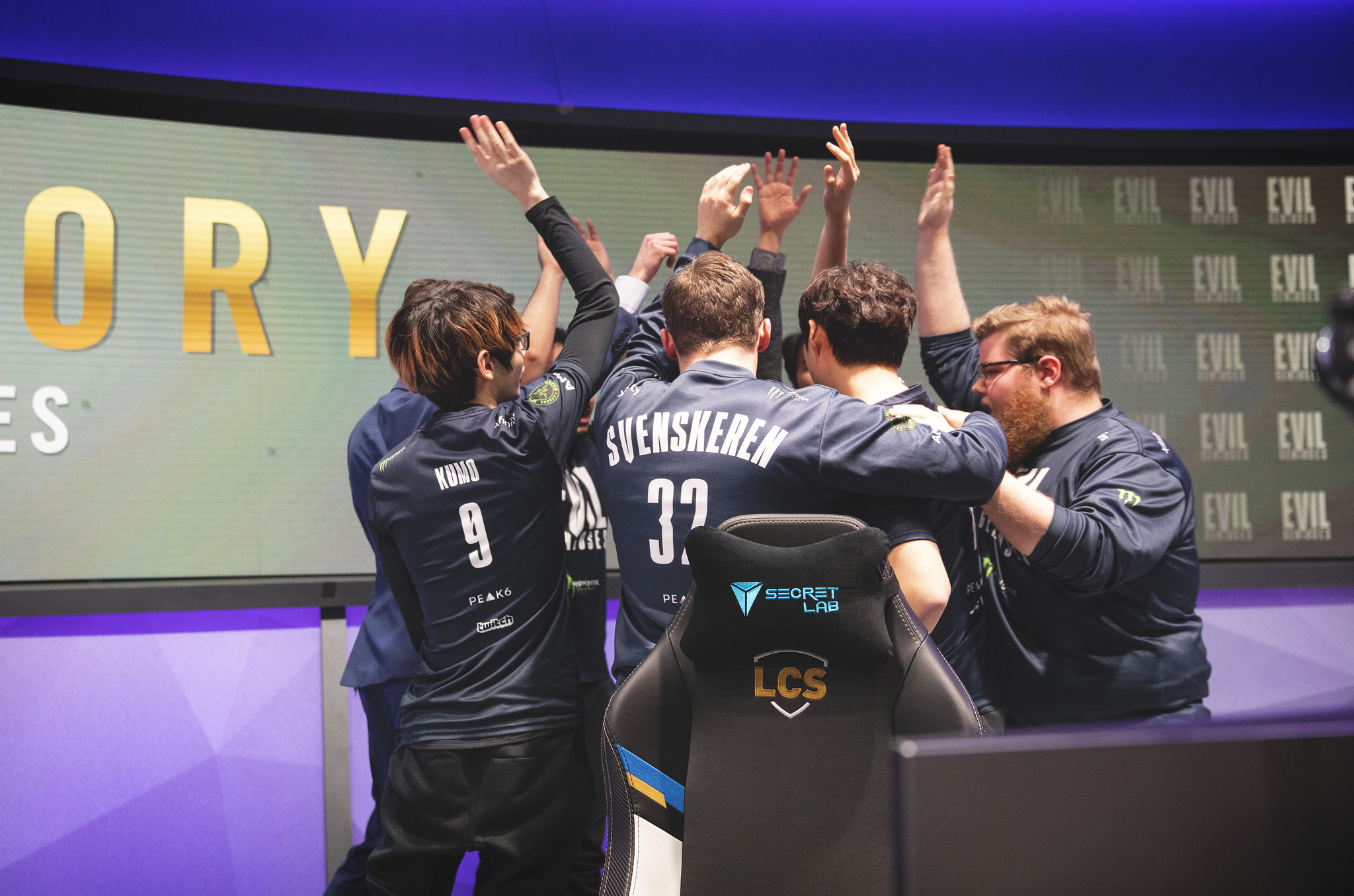 At the beginning of the 2020 Summer Split, many LCS fans believed that Cloud9 would remain the best League of Legends team in North America. Although they still look very strong, Evil Geniuses have knocked them down a peg by handing them their second loss of the season.

Evil Geniuses haven’t been the most consistent team when it comes to results this split. As a result, they opted for a drastic roster switch that moved Heo “Huni” Seung-hoon and recently acquired mid laner Greyson “Goldenglue” Gilmer into the starting lineup.

It was the newcomers that made all the difference for EG. Goldenglue had a great early game on Zoe, landing well-placed bubbles and dealing a ton of damage that helped his team set up multiple successful skirmishes.

Huni, on the other hand, had a decent early game but made the biggest impact later in the match. He finished with the highest damage dealt in the game with over 26,000, while Goldenglue had the second-highest amount with just over 21,000 damage.

This loss shouldn’t worry Cloud9 fans too much, but they should stay a bit wary. Their team composition wasn’t anything too special, and they were simply outplayed in multiple teamfights. Hopefully for Cloud9 fans, this is just a bump in the road for C9 in their quest for back-to-back LCS championships.

On the other side of Summoner’s Rift, Evil Geniuses fans must be excited to see how far their team can go with this new lineup. Huni and Goldenglue looked great, but they still have to prove that this wasn’t just a lucky performance.

Goldenglue said in a post-game interview that this roster is “the best team he’s ever played on,” and that he almost became a coach before he was offered a spot on EG. The 23-year-old is only signed until next week, but after this weekend, we could see him signed by an organization soon.

Catch EG in action once again when the LCS returns next week on Friday, July 24.