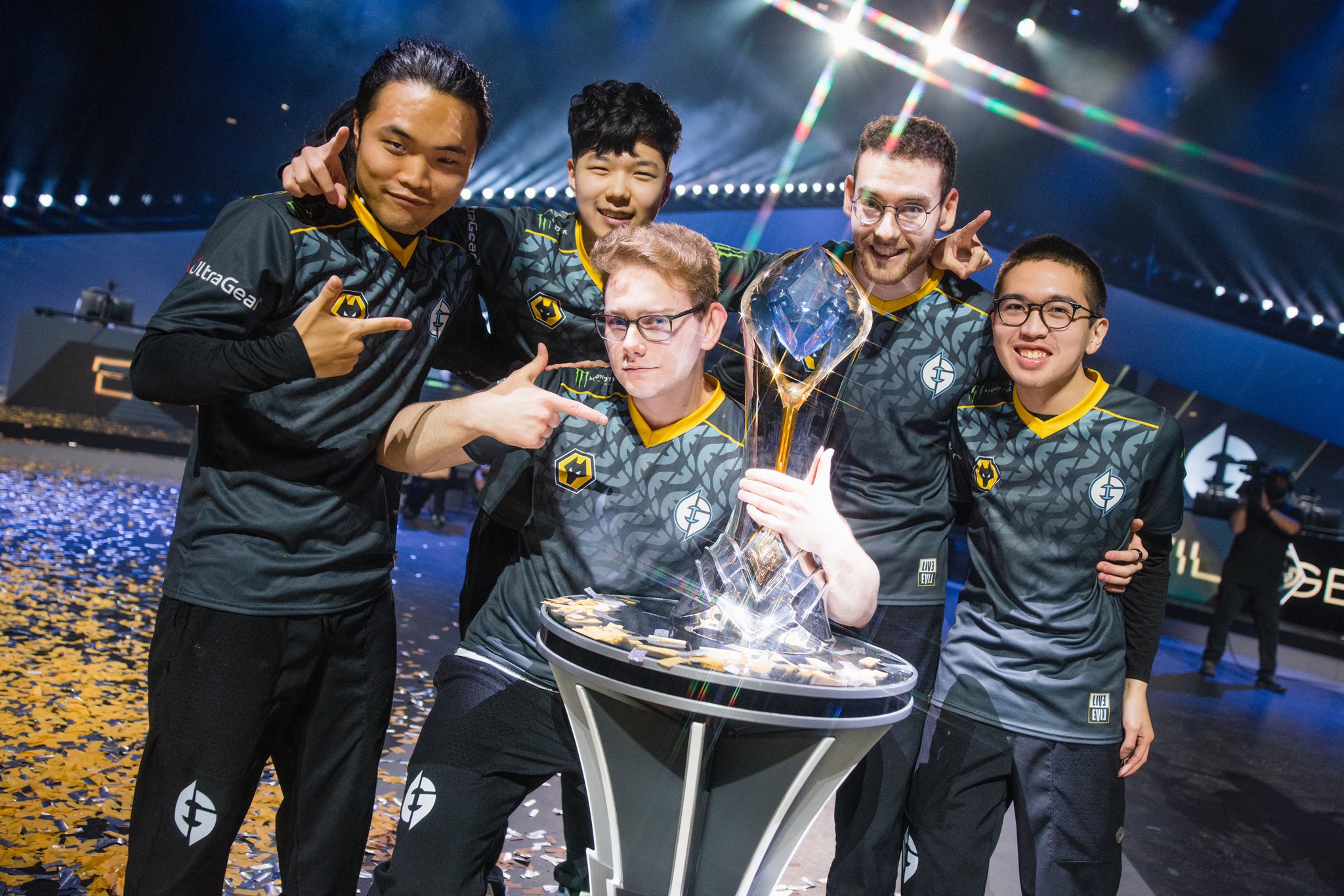 After one of the most explosive playoff runs in North American League of Legends history, Evil Geniuses have become the newest team to lift the LCS championship after their victorious sweep against 100 Thieves. The lynchpin of the team’s success, however, was their rising star AD carry Danny, and how they focused on getting him ahead at all costs to find success.

The 18-year-old phenom has quickly become one of the most dependable players in the mid-to-late game, and his stats reflect this. Danny racked up an astounding 111 kills and 106 assists with only 27 deaths through 18 playoff games, according to Oracle’s Elixir. That means that he had 18 more kills, 39 more assists, and nine fewer deaths over practically the same number of games.

Granted, Danny’s early games during the playoffs weren’t nearly as clean as his mid-to-late games, with his lackluster -300 average gold difference at 15 minutes and -23 average experience difference at 15 minutes. But like EG’s new jungler Inspired said, he and the team gave as many resources as they could spare to Danny so he could take over, and the young star took hold of the wheel with ease.

It was a performance that should stand the test of time, and a run that most LCS fans will remember for many years. The future is blindingly bright for both EG and Danny, but their greatest test awaits them at the 2022 Mid-Season Invitational.