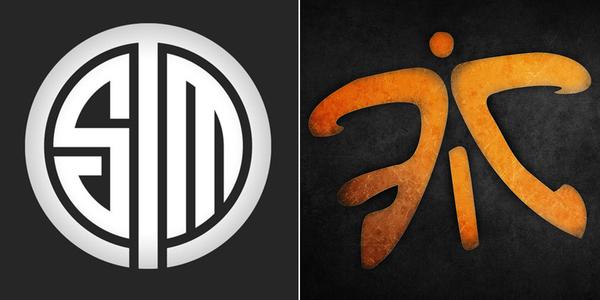 Fnatic and TSM – Different at first sight, but similar in few ways when you take a closer look. In their respective regions, both have been dominant and most adored by fans throughout the year, they had a relative success utilizing Korean imports and both of them are currently going through roster swaps that will definitely affect the play style of the whole team. Almost every single player involved in the roster changes is a complete opposite of his original counterpart (even in case of TSM’s new coach) and it has became apparent that the future will be very much in hands of the organisation’s coaching staff. The challenge is not only to make the teams work in general and construct positive relationships between the athletes, but also utilise their immense talent and experience in order to succeed in their league and prove themselves on international ground.

While the whole west is looking forward to how the squads are going to synergise, I will do my best to point out the issues those teams had in past, current strenghts, weaknesses and how both teams will work in the next split.

The flagship of Europe and one of the most successful e-sports organisations in the world. Last year, Fnatic has set up a new lineup after tragic departure of their legendary “old” team. The arrival of Huni, Reignover and new coach Deilor was followed by intense fan satisfaction as well as great results like undefeated summer split and top 4 placement at Worlds. However, everything has its end and both Korean players decided to move to America to use the benefits of the region and pursue new challenges.

Only few days ago, it has been announced that Spirit from China and Gamsu from North America would join the team for season 6 spring split. As of now, we still don’t know the new support addition, but as the realistically available support talent pool is not too big and diverse, I don’t think it will affect the team by a large margin.

Gamsu has been playing toplane for Dignitas last year so there is enough of material to understand his ingame play style and mentality. He hasn’t been able to truly unleash his greatest asset – mechanical skill, as he was put in a position to carry a dysfunctional team while not even being provided with a jungler close to his level. So far, he still remains the biggest question mark coming into the next split as he has shown numerous examples of tilting and poor mental discipline. However, when we count all those aspects together, it is not hard to find out that he shares all of those attributes with his predecessor Huni. This makes Deilor’s job much easier, because he can easily apply all the experience and work he has done on Huni to truly enable Gamsu reach his full potential. I have to mention one more thing – The unique feature that differs him from Huni is ability to play low-economy play style. This ultimately unlocks the potential of having Rekkles as a main carry of the team which wasn’t possible during this year as most of the jungle pressure and gold income went to toplane.

Acquisition of Spirit is much different. This Korean jungler has played his season 5 in colors of Chinese team World Elite, joining the Korean Exodus after season 4 Worlds. Firstly, we have to state that unlike Korea, China adored Spirit. He was definitely one of the most admired players by Chinese fans and he most likely could have joined any team in LPL for crazy amount of money.  For unknown reasons though, he has joined Fnatic and Europe can do nothing but celebrate. He is not only a great improvement over Reignover, but he also brings the much valued experience and veteran status, perfectly fitting in after departure of Yellowstar. While he may not fully replace everything that Yellowstar provided the team with, I’m confident he will work with Rekkles and Deilor extensively and they will together facilitate a structured and disciplined order inside of the team. I’m especially looking forward to him going up against top-tier junglers like Jankos and Amazing.

All in all, the lineup is filled with talent and skill. The biggest questions are how well will the coaching staff be able to support and develop Gamsu’s potential along with his weaknesses and how will Spirit fit into the team composition. I would personally like to see Rekkles at least partially stepping into Yellowstar shoes and guiding the team as a captain and role model on the way to their future achievements. I have to point out that Deilor has once again a huge challenge in front if him and he will have to do his best to prove his title of the best coach in the west.

TSM has gone through hard times in season 5. The team wasn’t in a good condition and it needed to change some of their players. While Bjergsen continued with his exceptional performance, Dyrus wasn’t on par with the best toplaners in terms of mechanics, Santorin lacked any kind of aggression in his play style resulting in games where he basically didn’t do anything proactive for the team, Wildturtle had problems finding his identity inside of the team and wasn’t able to provide a carry potential, sticking to only cleanup AD carries and while Lustboy has performed well on the mechanical side of game play, his English didn’t enable him to help out Bjergsen with shotcalling.

The changes came throughout the offseason, starting with Doublelift joining as an AD carry, followed by Hauntzer for toplane and Svenskeren for jungle position. As a final part of the group, Yellowstar has been announced to join as a support.

Hauntzer’s professional career started last year with Gravity where he had a  decent, consistent performance throughout both splits as a low-economy toplaner with ability to pull the trigger and occasionally play carry champions, which he has shown at IEM San Jose where he had few good games on Riven. Considering the options TSM had and the North American toplane talent pool, Hauntzer has to be one of the best choices they could have gotten. He shouldn’t have too many problems fitting in place of Dyrus and although it is a plus having the potential to pull out carry champions, I don’t see them using it too much as long as the meta is AD carry oriented.

The first one of the new European imports is Svenskeren. In his time in SK Gaming, he has been able to surprise the region with well executed plays with carry, high damage junglers and often carrying the games on his own. In spring split, he has been considered one of the best in Europe, arguably in the west as well. Now this is a huge change from Amazing’s and Santorin’s play style. TSM has been always known for their utility-oriented junglers and Svenskeren could have hard time mashing with the team in the beginning. This one is a hard one to judge, we will have to wait and see how well he can synergise with Bjergsen and if he can find his identity inside of the team.

Coming out of nowhere, Doublelift has joined the lineup right before IEM San Jose, leaving his signature organisation CLG after internal struggles. Everyone is familiar with his play style – Solo carry with emphasis on making entertaining plays. Even though he has a lot of qualities, including his veteran status, he has lot of weaknesses too. He especially tends to have lackluster positioning and still shows discipline and communication issues. However, I still think the potential of him being a carry alongside Bjergsen and being a well-known figure for TSM adds up much more than the weaknesses take off. He adds versatility and more ingame options for the team.

Last but certainly not least, Yellowstar is most likely joining the club for next season. This came as a huge surprise as everyone thought he would continue with his successful leadership in Fnatic. Instead, he has gone to NA to find new challenges and motivation. Yellowstar has to be approached differently than other imports. While he brings decent and very consistent mechanics to the team, this is far from his most valuable asset. The amount of influence he has on other players, the level of leadership he is able to provide and his long-time experience is something you cannot find anywhere else. Combined with his world-class shotcalling, he seems to be perfect addition to the TSM squad. He will be able to motivate and discipline Hauntzer, take the pressure off of Bjergsen and finally let him perform his best without worrying about the team and set Svenskeren and Doublelift in place, while at least partially controlling their stubbornness, which has caused a lot of trouble in past. You can never take off his ability to straight up make his team better only by being a role model. Lastly, he will be also a great help for TSM’s new headcoach with little experience in e-sports industry, leading him in a right direction and letting him do his best.

As a conclusion, I would like to highlight that TSM currently has the most promising lineup in North America and one of the biggest potentials in west. It is a completely new team, built around different objectives and different play styles, so we cannot directly compare them to the old team. I’m little sad that we weren’t able to see any rookie as an actual player or at least a substitute, because they could really start developing fresh talent with the help of this many veterans inside of the organisation and start investing into the future of North American talent pool. If Yellowstar is able to replicate his success from Fnatic, TSM should be a contender for the title of best team in west and work towards improvement of NA’s reputation on international stages.

Thank you for reading the article. If you liked it and would like to see more of League of Legends analysis, don’t hesitate and follow me on Twitter @Sixty_LoL to keep up with the new content!