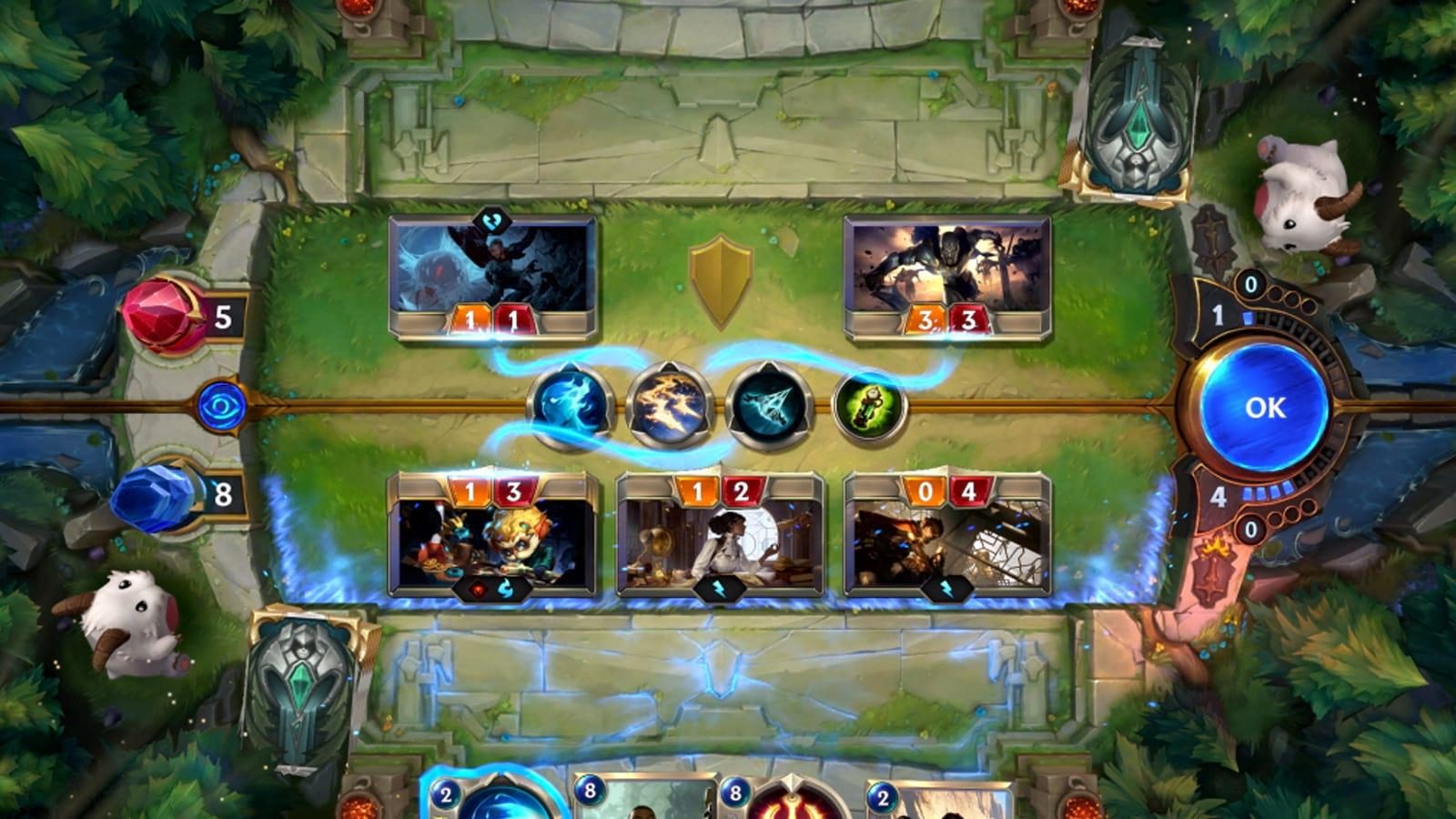 The game is already available for pre-registration and it’ll be playable on both PC and mobile. It will also be free, with the developer promising loot and rewards as players progress through the game.

How do you play Legends of Runeterra?

LoR is Riot’s upcoming title that takes elements from classic card games, such as Magic The Gathering and Hearthstone, with League champions and skins becoming cards in a deck. But the game won’t simply be another copy of a strategic card game. Riot plans to give it a unique feel through dynamic combat.

Players build their decks by earning cards for free through in-game progress or buying exact cards they want with real money. Each card will have its own, unique ability and the potential to become even stronger if players are willing to take risks. In LoR, you’ll need to think fast and well before your moves if you want to win.

Cards are grouped around all six regions in the League world, Runeterra—Shadow Isles, Ionia, Piltower and Zaun, Demacia, Noxus, and Freljord. Each region offers a different type of strategy and it’s up to the players to choose how they want to combine them in a deck. A deck can have up to 40 cards, but you can only use cards from two regions at a time.

It’s up to you to choose your own deck and strategy. Once you’ve set your deck, it’s time to play it. The field features two sides, an offensive and defensive side indicated by a sword or shield. One player picks cards to take the opponent down while the other needs to find a way to answer with survivability. The turns alternate between players.

The outcome of the game depends on a number of decisions. It’s not just the strength of the cards in the deck, but rather knowing how to use those cards to strategically take an opponent down or even take risks that might pay off later in the game. For every move you make, your opponent gets a turn as well.

What’s the release date of Legends of Runeterra?

Riot’s upcoming card game doesn’t have a specific release date yet. The closed beta of the PC version will go live early in 2020, while its open access and mobile version will be available later next year. In the meantime, the developer will be sharing more information about the game’s core gameplay and will be adding more players to the beta system.

For now, the game is open for pre-registration. Those who pre-register for the game will receive an exclusive Moonstruck Poro Guardian with the launch and possibly get picked to play during the closed beta.