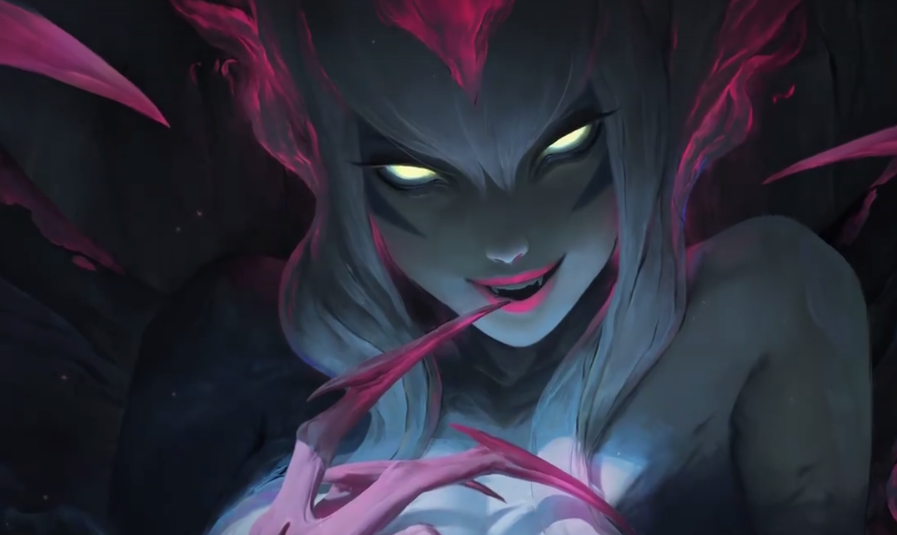 Following in the footsteps of Urgot, Galio, and Warwick—Evelynn’s major champion update is almost here, according to a teaser video released on the official League of Legends Facebook page.

Riot has certainly been churning out the major updates this year, as Urgot’s was only a couple of months ago. In fact, for the first time ever, there have been just as many major champion updates this year as new champions released after Evelynn’s rework goes live. The other updates have been overarching successes, and have turned some of the most underplayed, outdated champions into animated personalities with extremely fun abilities.

That being said, hopes are very high for Evelynn, and if she ends up being half as cool as her teaser trailer leads us to believe, she’ll be much better off.

Evelynn looks to be clothed in nothing but shadows in her new look, feeding perfectly into her identity as an alluring succubus that thrives in the darkness. She’s always been really cool thematically, but her abilities and kit don’t exactly reflect that right now.

With the teaser coming out today, it’s likely that we’ll see Evelynn on the PBE rather soon, possibly even this week. If that’s the case, we might be able to play her in as little as a few weeks.