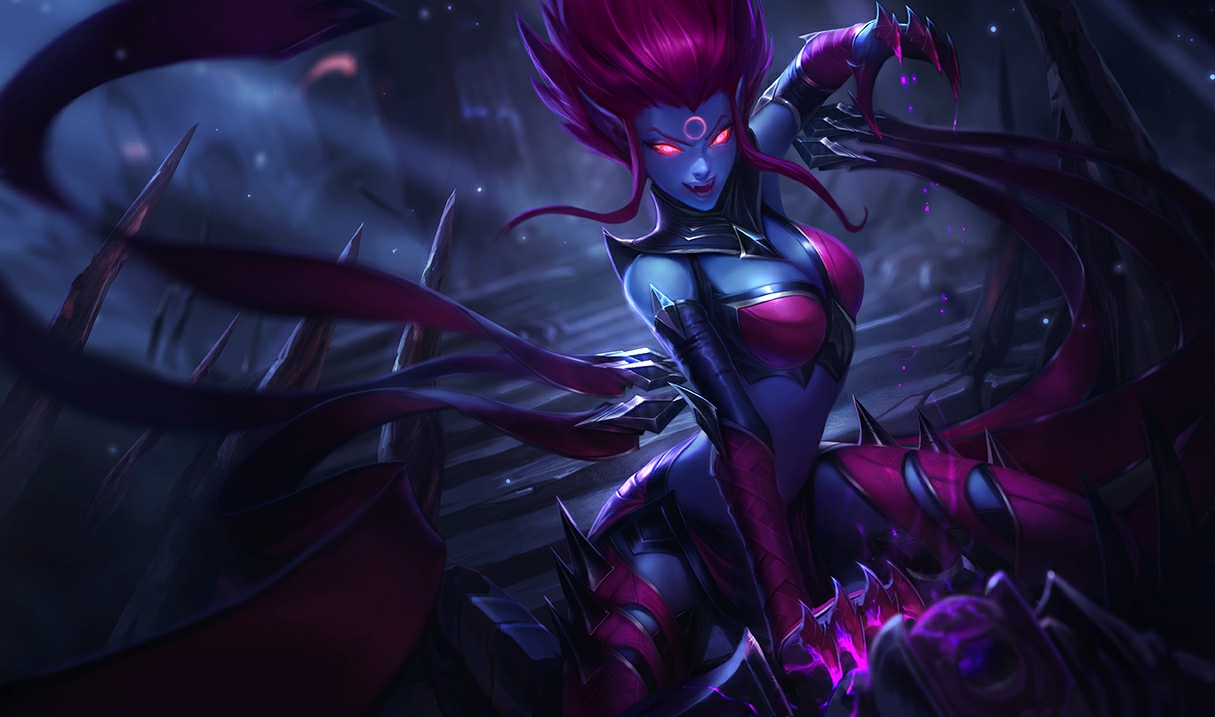 You wouldn’t be able to tell by her looks, but Evelynn’s been struggling lately.

She still boasts a win rate above 50% in all ranked games, according to League stats site OP.gg. Known as a early-game jungler, she still has great impact in the first stages of games at the cost of becoming nearly useless after 25 minutes.

But the numbers don’t prove she’s a good champion. She has very real problems with her kit—it doesn’t have an identity. Her passive, which makes her invisible after a few seconds, is what people know her most for. But her other abilities, aside from maybe her W, are disjointed and don’t really take advantage of that stealth. She has a little bit of everything which combines into a whole lot of nothing.

Realizing that, Riot announced a few months ago that Eve’s gameplay was visuals were being reworked. Later, we got a leaked preview of some of the changes. This would be her second rework, so there must be pressure on the development to get it right. Today, we got some further insight into Riot’s plans.

Riot’s Lead Champion Producer, Ryan Mireless, revealed that the rework will again focus heavily on Evelynn’s stealth since it’s her core ability. Some of her other abilities will be changed so they can be used from stealth, in new ways. The goal is to challenge players to be more creative with how they combine her stealth and other abilities to assassinate enemies.

They’re also changing her stealth visuals to have more impact. The idea that was leaked a few months ago was that she would be nearly naked in some form—and Riot isn’t one to shy away from sexy champions.

Finally, Riot is already looking to give her more identity in the game’s lore as well. The teaser is that she’s already had a deadly encounter with a current champion’s parents.

Riot is currently working on a new vanguard champion, with Evelynn the next priority. It may be near the end of the year before Eve mains will be able to stealth their way to victory.